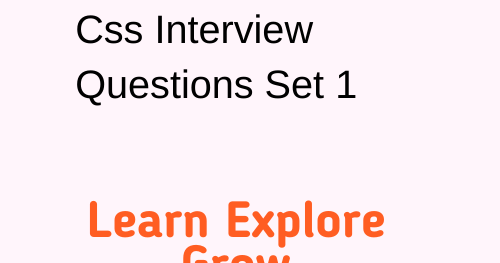 Let's begin with set 1, 1)What is CSS box model? The CSS box model is essentially a box that wraps around every HTML element. 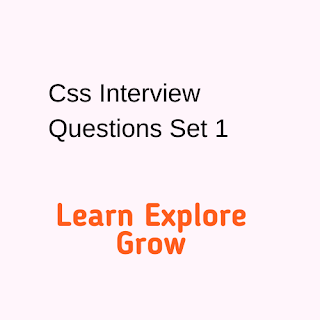 1)What is CSS box model?

The CSS box model is essentially a box that wraps around every HTML element.

It consists of: margins, borders, padding, and the actual content.

The image below illustrates the box model:

Padding - Clears an area around the content. The padding is transparent

Border - A border that goes around the padding and content.

Margin - Clears an area outside the border. The margin is transparent. 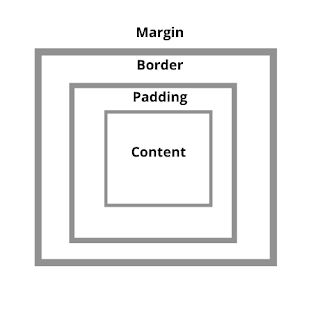 2)What are selectors in CSS?

In CSS, selectors are patterns used to select the elements you want to style.

Here are few most used selectors,

Selects all elements with class="intro".

Selects all elements with both name1 and name2 set within its class attribute.

Selects the element with id="firstname".

Check this for more selectors.

*3)What is the difference between margin and padding? *

Padding is the space between the content and the border,

whereas margin is the space outside the border.

You can also draw an image to show the difference to the interviewer.

The position property specifies the type of positioning method used for an element.

There are five different position values:

Static positioned elements are not affected by the top, bottom, left, and right properties.

An element with position: static; is not positioned in any special way; it is always positioned

according to the normal flow of the page:

*b)relative: *An element with position: relative; is positioned relative to its normal position.

Setting the top, right, bottom, and left properties of a relatively-positioned element will

cause it to be adjusted away from its normal position.

Other content will not be adjusted to fit into any gap left by the element.

*c)fixed: *An element with position: fixed; is positioned relative to the viewport,

which means it always stays in the same place even if the page is scrolled.

The top, right, bottom, and left properties are used to position the element.

A fixed element does not leave a gap in the page where it would normally have been located.

However; if an absolute positioned element has no positioned ancestors, it uses the document body, and moves along with page scrolling.

Note: A "positioned" element is one whose position is anything except static.

Top 20 Interview Questions from HTML and CSS in 2020

You can enlist these 20 questions in your bucket. So we are starting with HTML questions.

This video is about C# Interview Question and Answers and should be seen as an interview preparation.

This video is part 2 of the 50 C# Interview Questions and Answers and should be seen as interview preparation.