This article goes through the implementation of Graph Convolution Networks (GCN) using Spektral API, which is a Python library for graph deep learning based on Tensorflow 2. We are going to perform Semi-Supervised Node Classification using CORA dataset, similar to the work presented in the original GCN paper by Thomas Kipf and Max Welling (2017).

If you want to get basic understanding on Graph Convolutional Networks, it is recommended to read the first and the second parts of this series beforehand.

CORA citation network dataset consists of **2708 nodes, **where each node represents a document or a technical paper. The node features are bag-of-words representation that indicates the presence of a word in the document. The vocabulary — hence, also the node features — contains **1433 **words.

Illustration of bag-of-words as node features, via source

We will treat the dataset as an undirected graph where the edge represents whether one document cites the other or vice versa. There is no edge feature in this dataset. The goal of this task is to classify the nodes (or the documents) into 7 different classes which correspond to the papers’ research areas. This is a single-label multi-class classification problem withSingle Mode data representation setting.

Since we are going to classify documents based on their textual features, a common machine learning way to look at this problem is by seeing it as a supervised text classification problem. Using this approach, the machine learning model will learn each document’s hidden representation only based on its own features.

This approach might work well if there are enough labeled examples for each class. Unfortunately, in real world cases, labeling data might be expensive.

What is another approach to solve this problem?

Besides its own text content, normally, a technical paper also cites other related papers. Intuitively, the cited papers are likely to belong to similar research area.

In this citation network dataset, we want to leverage the citation information from each paper in addition to its own textual content. Hence, the dataset has now turned into a network of papers.

Using this configuration, we can utilize Graph Neural Networks, such as Graph Convolutional Networks (GCNs), to build a model that learns the documents interconnection in addition to their own textual features. The GCN model will learn the nodes (or documents) hidden representation not only based on its own features, but also its neighboring nodes’ features. Hence, we can reduce the number of necessary labeled examples and implement semi-supervised learning utilizing the Adjacency Matrix (A)or the nodes connectivity within a graph.

Another case where Graph Neural Networks might be useful is when each example does not have distinct features on its own, but the relations between the examples can enrich the feature representations. 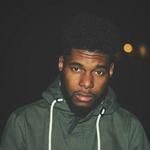 In this post, we’re gonna take a close look at one of the well-known Graph neural networks named GCN. First, we’ll get the intuition to see how it works, then we’ll go deeper into the maths behind it.

Many problems are graphs in true nature. In our world, we see many data are graphs, such as molecules, social networks, and paper citations networks.

Examples of graphs. (Picture from [1])

In the graph, we have node features (the data of nodes) and the structure of the graph (how nodes are connected).

For the former, we can easily get the data from each node. But when it comes to the structure, it is not trivial to extract useful information from it. For example, if 2 nodes are close to one another, should we treat them differently to other pairs? How about high and low degree nodes? In fact, each specific task can consume a lot of time and effort just for Feature Engineering, i.e., to distill the structure into our features.

Feature engineering on graphs. (Picture from [1])

It would be much better to somehow get both the node features and the structure as the input, and let the machine to figure out what information is useful by itself.

We want the graph can learn the “feature engineering” by itself. (Picture from [1])

GCN is a type of convolutional neural network that can work directly on graphs and take advantage of their structural information.

it solves the problem of classifying nodes (such as documents) in a graph (such as a citation network), where labels are only available for a small subset of nodes (semi-supervised learning).

Example of Semi-supervised learning on Graphs. Some nodes dont have labels (unknown nodes).

How to train graph convolutional network models in a graph database

What are graph convolutional networks?

A typical feedforward neural network takes the features of each data point as input and outputs the prediction. The neural network is trained utilizing the features and the label of each data point in the training data set. Such a framework has been shown to be very effective in a variety of applications, such as face identification, handwriting recognition, object detection, where no explicit relationships exist between data points. However, in some use cases, the prediction for a data point v(i) can be determined not only by its own features but also by the features of other data points v(j) when the relationship between v(i) and v(j) is given. For example, the topic of a journal paper (e.g computer science, physics, or biology) can be inferred from the frequency of words appearing in the paper. On the other hand, the reference in a paper can also be informative when predicting the topic of the paper. In this example, not only do we know the features of each individual data point (the word frequency), we also know the relationship between the data points (citation relation). So how can we combine them to increase the accuracy of the prediction?

By applying graph convolutional networks (GCN), the features of an individual data point and its connected data points will be combined and fed into the neural network. Let’s use the paper classification problem again as an example. In a citation graph (Fig. 1), each paper is represented by a vertex in the citation graph. The edges between the vertices represent the citation relationships. For simplicity, the edges are treated as undirected. Each paper and its feature vector are denoted as v_i and x_i respectively. Following the GCN model by Kipf and Welling [1], we can predict the topics of papers using a neural network with one hidden layer with the following steps:

Figure 1.(Image by Author) The architecture of graph convolutional networks. Each vertex vi represents a paper in the citation graph. xi is the feature vector of vi. W(0) and W(1) are the weight matrices of the 3-layer neural network. A, D, and I are the adjacency matrix, outdegree matrix, and identity matrix respectively. The horizontal and vertical propagations are highlighted in orange and blue respectively.

Graphs are pervasive models of structures. They are everywhere, from social networks to the chemistry molecule. Various things can be represented in terms of graphs. However, applying Machine learning to these structures is something that didn’t come directly to us. Everything in Machine learning came from a small simple idea or model which was made complex with time as per the need. Just as an example, initially, we had Perceptron which evolved to Multi-Layer perception, similarly, we had image filters that evolved to non-linear CNNs, and so on. However, Graph Convolutional Networks, referred to as GCN, were something we derived directly from existing ideas and had a more complex start. Thus, to debunk the GCNs, the paper tries to reverse engineer the GCN and proposes a simplified linear model called Simple Graph Convolution (SGC). SGC as when applied gives comparable performance to GCNs and is faster than even the Fast-GCN.

Inputs to the Graph convolutional network are:

**Input features: **X is an input feature matrix of size n x c with c as the number of classes.

Let us see how GCNs actually work before reverse engineering it.