Taylor Otwell, the creator of Laravel, has been teasing the 6.0 release for a few months now and today it has finally officially dropped. Let's take a look at what's changing and how you can start using it right away.

I plan to show some of the best goodies from Laravel 6.0 in my talk at @LaraconEU. Is there anything else you would like to see me cover on stage? 📣

Although the jump from 5.8 to 6.0 is a major release, Otwell has mentioned that in terms of new features and changes, this update will feel more like moving from 5.8 to 5.9.

Laravel has had huge updates with every major version release, which is typical in a young framework. All the updates throughout 5.x laid the groundwork for a stable and robust framework. Going forward with 6.0, you won't have to worry as much about huge breaking changes and rewrites with every new major release. Because of this new stability, the Laravel framework package is officially adopting the more traditional semantic versioning.

Instead of manually adding extra boilerplate code around your jobs, you can now extract it into middleware and then just attach it to the job!

This example shows how you could add rate limiting to a job prior to 6.0. You would add it to the job's handle() method for each job that requires it.

With this new release, we can extract that code out of handle() and move it into a job-specific middleware. You can create a directory in app/Jobs/Middleware (or wherever you want, Laravel isn’t opinionated about this) and add a file for the middleware in that folder.

Now you can attach this middleware to the job and it will run through the middleware before processing. If you’re familiar with route middleware, this process is very similar.

This will keep your job files small, easier to read, and focused on their specific task. It will also allow you to easily reuse middleware throughout jobs.

Laravel 6.0 introduces lazy collections, which will allow you to keep memory usage low when dealing with heavy data.

If you’re working with eloquent models, you can choose to load one model into memory at a time instead of everything at once by using the cursor() method instead of all().

By switching from all() to cursor(), only one eloquent model is loaded into memory at a time because cursor() uses the new LazyCollection instance.

Eloquent has always made it easier to run complex queries. This new release gives you even more help when it comes to running subqueries, or a query within a query, in a single call. This is useful when you need to select information from two tables with a relationship. In Laravel 5.x you were sometimes limited with what you could do in a subquery and would often end up being forced to chain a query using DB::raw().

The addSelect method has been added to subqueries, which should eliminate a lot of that pain! Eloquent subqueries will also now have access to orderBy.

For this example, imagine you have 2 tables: hotels and reservations. You want to know the most recent room type that was booked for a specific hotel. Instead of doing two separate eloquent queries, you can now do this:

If you’re using Laravel’s out-of-the-box authentication with gates for authorization, Laravel 6.0 introduces a new method Gate::inspect. This makes it easier to provide custom messages to users during authorization requests, such as a specific error message if their request was denied.

For example, say you have the method below that determines if a user is authorized to edit a post. Before 6.0, it was difficult to retrieve this message and display it back to the user.

With the introduction of the Gate::inspect() method, you can now easily retrieve the full custom response to send back to the user.

If you want to limit the editing of posts to only users who have the role admin, you may have created a gate definition for editing posts.

Normally you would just use the allows or denies method to see if that user should be authorized to perform an action. The response depends on the boolean response from the Gate::define method defined above. The following example will not give you the custom response, just the boolean.

If you want to access the more detailed custom denial response, you can now use Gate::inspect.

“Laravel 6.0 is here! Check out what’s new and what’s changing!”

Another update to be aware of is the extraction of the laravel/ui package. Front-end scaffolding will still exist, it’s just not included by default. This means in a new Laravel 6.0 application, you won’t see any Vue or Bootstrap scaffolding.

The package now includes presets for React, Vue, and Bootstrap. In a tweet back in May, Otwell mentions that he’s considering adding a Tailwind option as well!

If you’d still like it included, you can bring it back in with composer require laravel/ui.

With every major release, there has also been new branding that comes along with it, and 6.0 is no exception!

In addition to the new logo above, you can also find a fresh new redesign of the Laravel.com website. 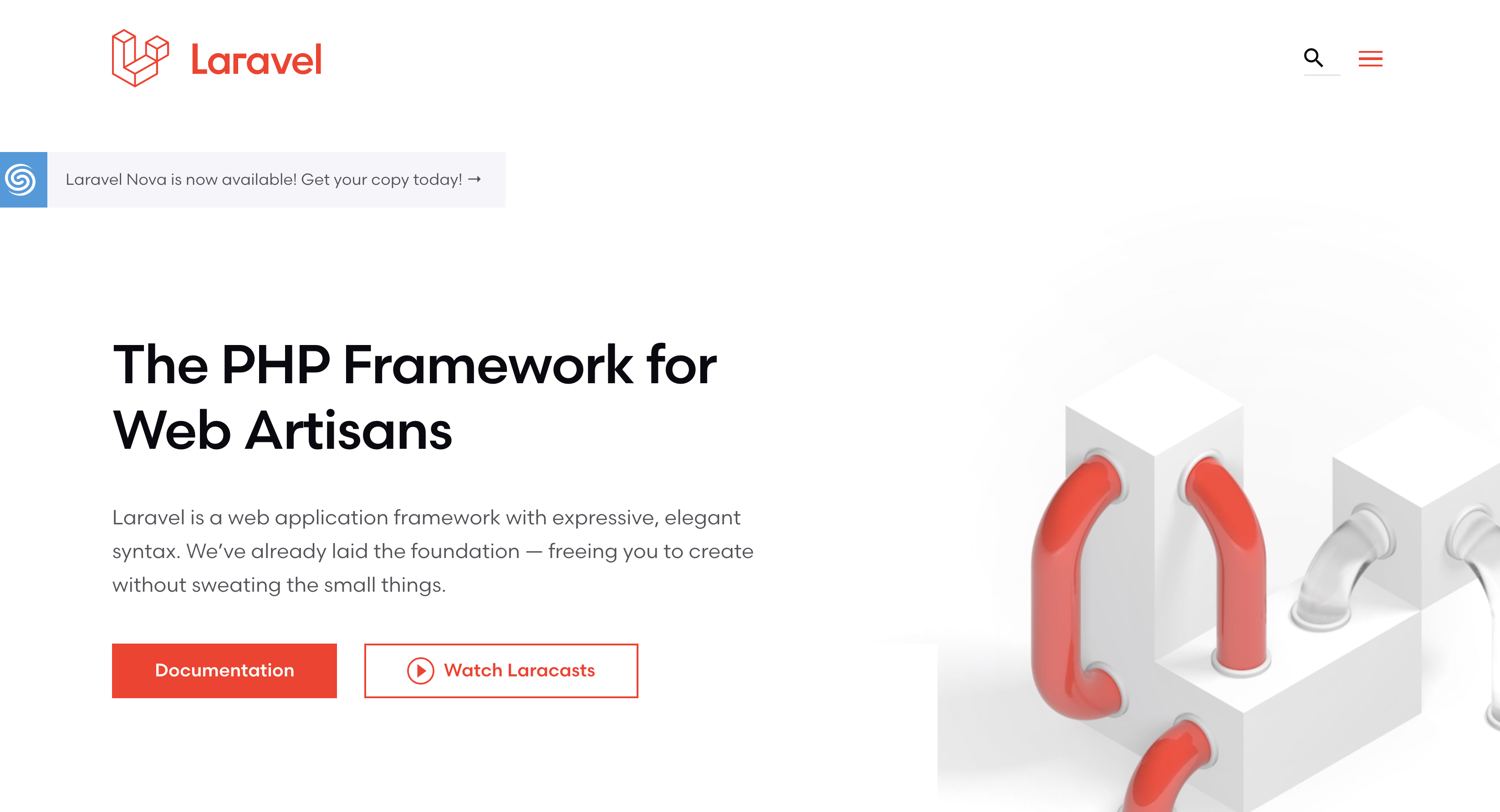 And last but certainly not least, the release of Laravel 6.0 also includes the launch of a much-anticipated product in the Laravel ecosystem - Laravel Vapor. 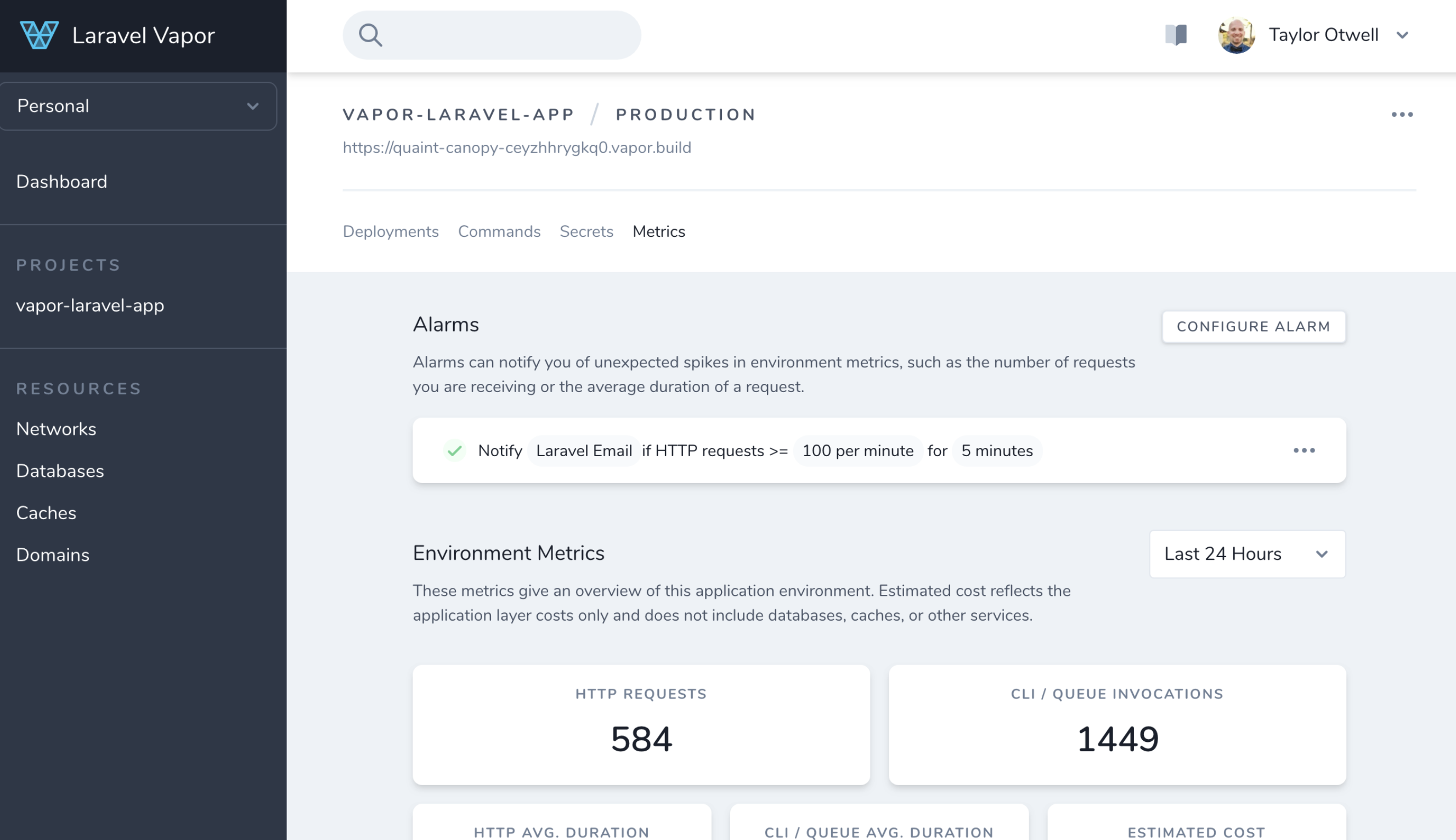 Before this release, most people used Laravel Forge to provision and deploy their apps. With Forge, you could connect your chosen server (Digital Ocean, AWS, etc.) and Forge would provision it specifically for your Laravel application. This is awesome of course, but you still had to manage updates for yourself.

Laravel Vapor does all of this and more. Instead of managing and updating servers for your Laravel application on your own, Vapor is completely serverless!

This doesn’t mean there are no servers involved, it just means you don’t have to deal with them. Another benefit is that you only pay for what you use. Instead of paying a flat monthly rate, you’re only charged when a request is made to your application. This also means you don’t have to worry about scaling, as it will automatically be done for you.

Here are some more awesome features that Vapor provides:

The cost for all of this is $39 per month or $399 per year with unlimited team members and projects. Keep in mind, you still have to pay for your own AWS costs beyond that.

The Laravel documentation estimates it should take about one hour to upgrade from 5.8 to 6.0. Your project may have other dependencies and external packages that can increase that time, so keep that in mind when you decide to upgrade.

How to upgrade to Laravel 6.0

In your composer.json file, change the Laravel framework dependency from 5.8. to ^6.0. If you’re on a version earlier than 5.8, it’s recommended to upgrade up to 5.8 before making the switch to 6.0.

Then in your terminal run:

Another awesome way to manage your upgrades, especially for bigger applications, is to use Laravel Shift. Shift is an automated tool that will do your upgrade for you.

The process is very simple and a great option if simply changing the package version in your composer.json didn’t work for you. The service isn’t free, but the one-time fee is very low.

You can find the upgrade instructions for 6.0 here.

Do I need to Upgrade?

Laravel 6.0 is the latest Long Term Support release, which means bug fixes will be guaranteed for two years and security fixes for three years. The previous LTS release with these guarantees was Laravel 5.5.

This table from the Laravel website outlines the current support schedule:

With bug fixes for the previous LTS release ending very soon, it may be worth it to upgrade to 6.0 so that you know your project will be supported for a couple more years.

Aside: Securing Laravel APIs with Auth0

Securing Laravel APIs with Auth0 is very easy and brings a lot of great features to the table. With Auth0, we only have to write a few lines of code to get:

Set Up an API

Go to APIs in your Auth0 dashboard and click on the “Create API” button. Enter a name for the API. Set the Identifier to a URL(existent or non-existent URL). The Signing Algorithm should be RS256. 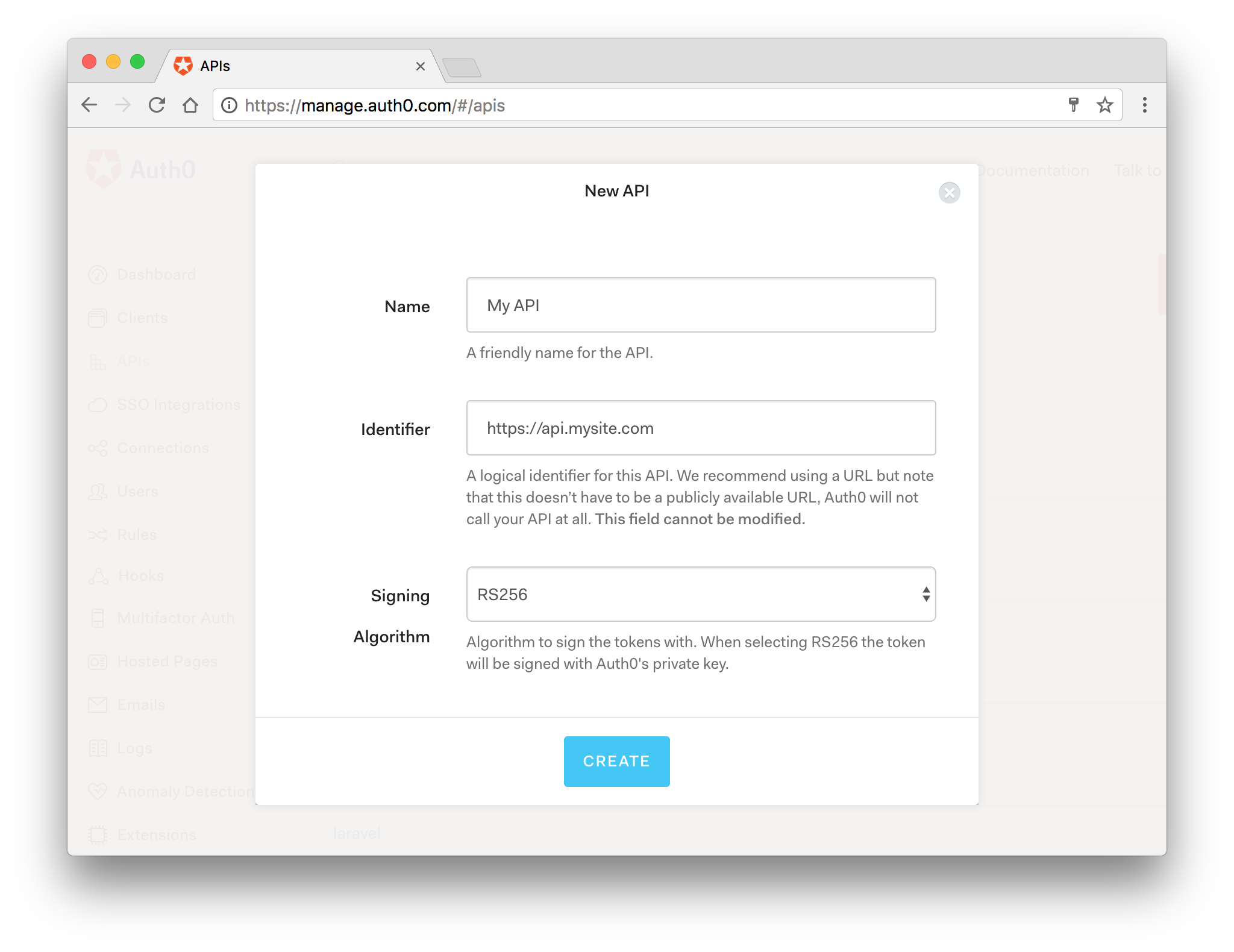 After the file is generated, it will be located at config/laravel-auth0.php. Ensure you replace the placeholder values with the authentic values from the Auth0 Admin Dashboard. Double check your values with laravel-auth0.

The laravel-auth0 package comes with a provder called LoginServiceProvider. Add this to the list of application providers.

The user information can now be accessed with Auth0::getUser(). Finally, you need to bind a class that provides a user (your app model user) each time the user is logged in or an access_token is decoded. You can use the Auth0UserRepository provided by this package or you can build your own class.

To use Auth0UserRepository, add the following lines to your app’s AppServiceProvider:

The laravel-auth0 package comes with an authentication driver called auth0. This driver defines a user structure that wraps the normalized user profile defined by Auth0. It doesn’t actually persist the object but rather simply stores it in the session for future calls.

This is adequate for basic testing or if you don’t have a requirement to persist the user. At any point you can call Auth::check() to determine if there is a user logged in and Auth::user() to retreive the wrapper with the user information.

Configure the driver in config/auth.php to use auth0.

Your API routes are defined in routes/api.php for Laravel 5.3+ apps. 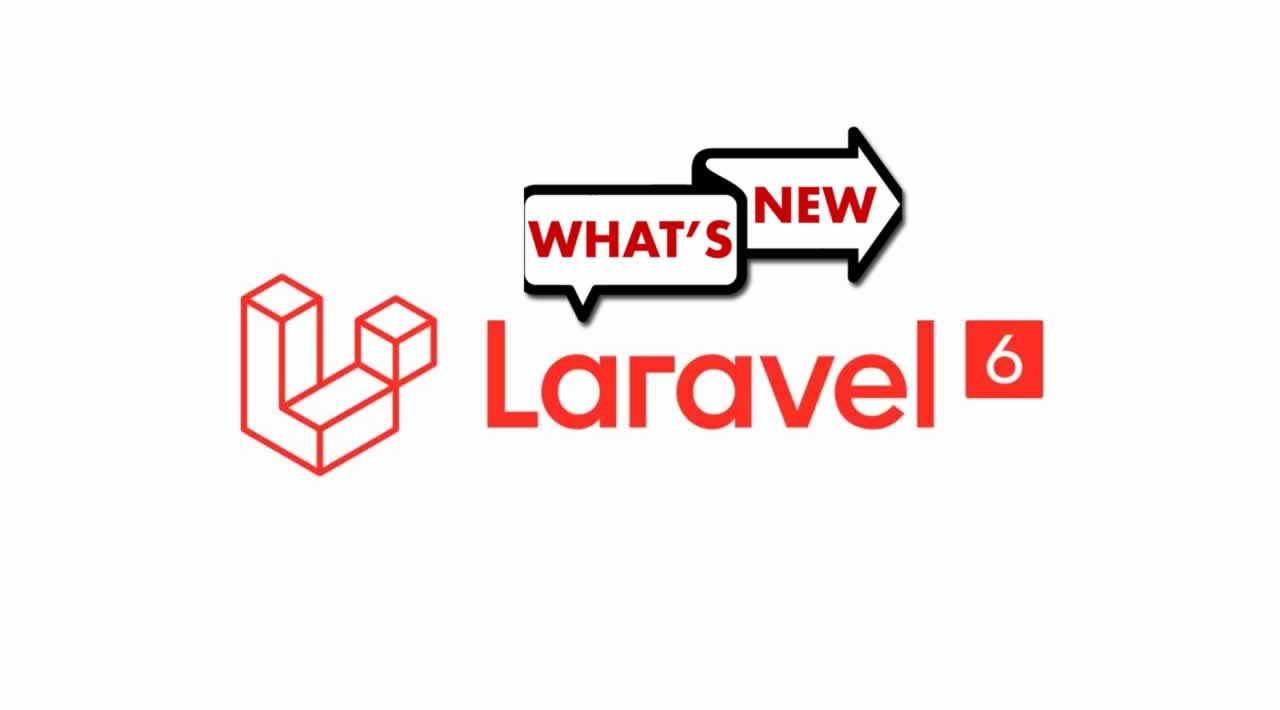 yajra datatables crud with ajax in laravel 7. In this post, i will show you how to create crud using datatable in laravel with ajax and model.

Use the below steps and create yajra DataTables crud with ajax in laravel: