Prototyping an IoT solution from device to Cloud: Episode 1

From “Embedded devices” to “Smart devices”, then “Connected smart devices” and now known as IoT, the Internet of Things has evolved at an accelerated pace in the past couple decades and is now at the core of the digital transformation most industries are going through.

But let’s state it as it is: IoT looks complex and developing solutions that integrate IoT seem to not for the faint of heart. While growing at an accelerated pace the IoT started spanning across many domains, verticals, and industries, forcing hardware engineers to learn about software, forcing embedded developers to learn about the Cloud and its development, forcing non-embedded developers to learn about device development, forcing Hardware and Software engineers to collaborate with electrical, mechanical, chemical engineers, data scientists, operators, and more. The traditional Operational Technology (aka OT) now needs to fully integrate with the Information Technology (IT)… without messing up with it!

Let’s demystify IoT with a simpler and more digestible approach.

Episode 1: The simple way to prototype an IoT solution from device to Cloud
Like for all projects, IoT solutions all start with a proof of concept, a prototype, to validate scenarios and evaluate technologies. Considering the accelerated pace of the digital transformation of many industries, these POCs need to be developed rapidly and efficiently, getting as close as possible to an actual real-life implementation at a minimum cost and in a minimum amount of time. Let’s look at the options available in the Microsoft IoT portfolio as well as some of the emerging technologies that will make prototyping IoT solutions simpler and faster. This session will be demo-only and introduce low-code/no-code options for devices and cloud apps, development as well as showcase some tooling that can come handy in POCs and development stages of an IoT solution.

Speaker:
Olivier Bloch, Principal PM, Microsoft
I am Principal Program Manager at Microsoft in the Azure IoT team, working on developer experience and communities engagement.
I have worked in the IoT space for as long as I can remember, first as an embedded developer and consultant, then as a Technical Evangelist for Microsoft France then Microsoft Corp. I also spent 3 years in Microsoft Open Technologies, engaging with open source communities on topics going from Web and JavaScript to gaming and IoT 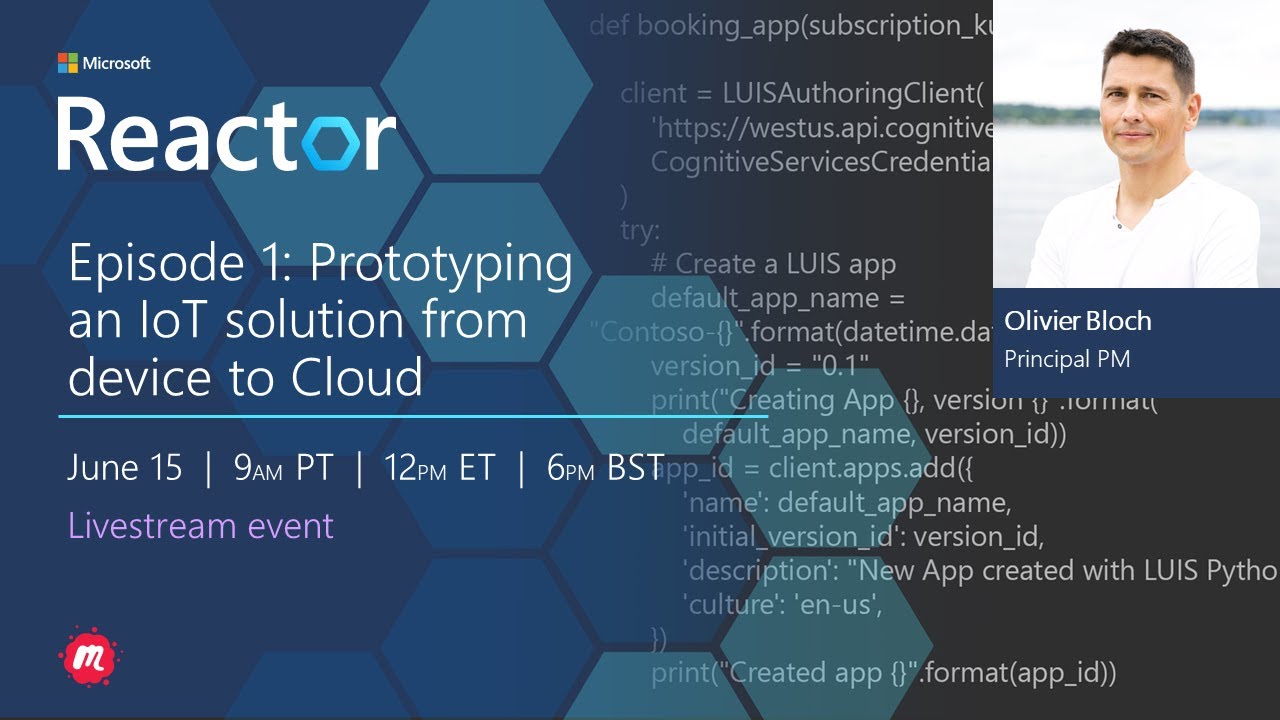