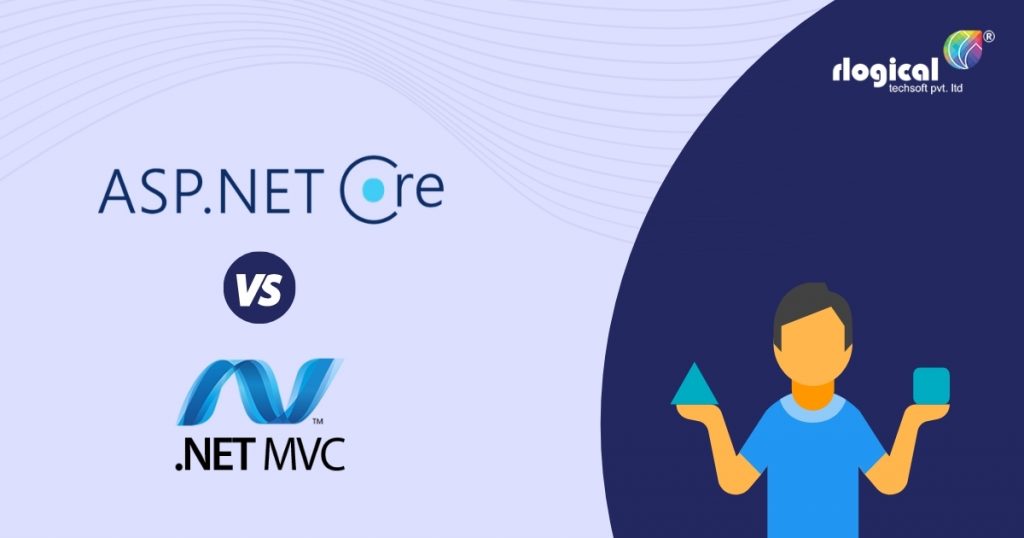 In this blog, Here, you can get a difference between ASP.Net and ASP.Net Core. Get to know How does ASP.Net Core better for web app development .

Both ASP.NET Core and ASP.NET MVC are two web application frameworks where NET MVC has already been discontinued.

Microsoft, NET Foundation, and the open-sourced community all pooled in their resources and expertise to develop ASP.NET core to develop this open-source cross-platform web framework. The stable release was done just one month earlier and the preview release about 24 days ago. As Microsoft is the main developer, the operating systems are Windows, macOS, and Linux.

ASP.NET MVC as the name suggests is a model – view – controller oriented pattern developed by Microsoft the preview release of which was in 2016 and the final release was done about two years back. This also has a cross-platform operation but has been discontinued.

ASP.NET Core ASP.Net core is a much-upgraded version since it combines apart from ASP.NET MVC also ASP.NET, ASP.NET Web API and ASP.NET web pages. It combines all of them into a single programming model. Moreover ASP.NET Core although being a comparatively new framework and with a new web stack is doing great as far as concept compatibility with ASP.NET is concerned.

One of the major differences between ASP.Net core and ASP.NET MVC is in the area of the project structure. Since ASP.NETcore is a highly upgraded modular web framework, it is much easier to operate than NET MVC. One can upgrade the existing framework with much ease.

The view engines used in MVC3 and MVC4 are Razor and the web forms whereas in ASP.NET Core apart from Razor core there are EF core, MVC Core, SignalR, Blazor, and identity giving it a winning edge.