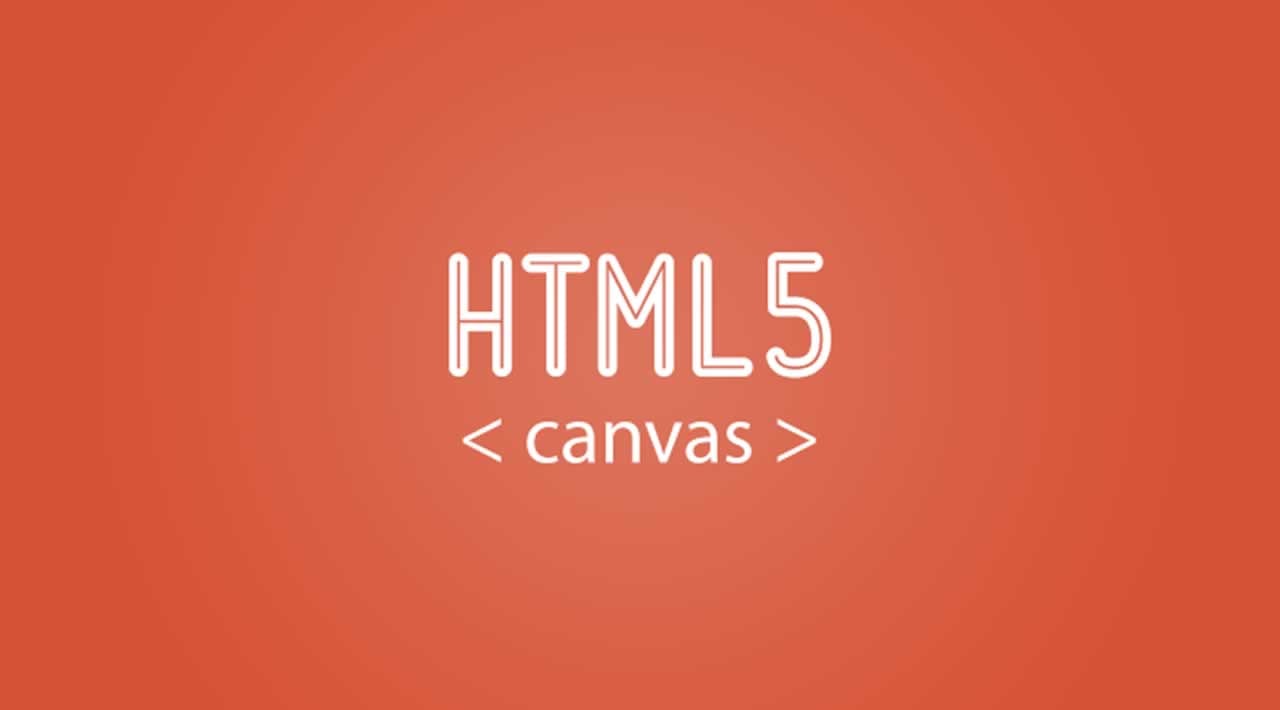 HTML5 has brought some exciting new advantages to the HTML coding world. Canvas allows you to render graphics powered by Javascript. So throw away that flash code and dive into Canvas. The HTML canvas element is used to draw graphics on a web page.

A must read before doing anything with the canvas tag, even if you know it already.

The HTML canvas element is used to draw “raster” graphics on a web application. The Canvas *API *provides two drawing contexts: 2D and 3D, and in this guide, we’re going to talk about the 2D one (which I’ll refer it to the Canvas API for simplicity).

Before I get started, I want you to know one very important point. Canvas is a raster graphics API — you manipulate stuff at the pixel level. That means the underlying software does not know the model you are using to display your context — it doesn’t know if you’re drawing a rectangle or a circle.

I’ve divided the Canvas API in separate chunks, for you to gobble one by one:

To fire up your Canvas tutorial, create an HTML file and a JS file linked to it.

Paths are a collection of points in the 2D pixel grid in the canvas. They are drawn with the help of this API. Each shape in a path that you draw is called a “subpath” by the W3C documentation.

Now we need to try a canvas html5 demo — we are going to draw a few random horizontal lines and then a sketch of an eye. The result will look like something on the left. Don’t forget to go through the code and tinker with the code. In the canvas html5 example below, I create a cubic curve (with visual guidelines), arcTocalls in the middle right, and a pack-man with arc() on bottom left. The control points (in the cubic curve) are the corners forms by the three guidelines.

(x1,y1) for arcTo is the corner formed by the two tangents.

Till now, we have been drawing simple thin-lined paths. Drawing styles will help us make our drawing much better.

Note that you cannot apply two different styles on the same path. For example, if you want to draw a red line and a blue line — you will have to create a new path to draw the blue one. If you don’t create a new path, then on calling stroke the 2nd time after setting your display style color to blue, both lines will be colored blue. Hence, styles are applied to all subpaths, whether or not they have been stroked already.

A few properties of the 2D context object demoCanvas are defined for this purpose:

In Example 1.3 on the left, you can see how the round & square line-capped lines are longer than the default capping. (NOTE: The thicker the line, the greater the increase in length) Canvas Demo 4(b)–1.miterLength=10, 2.miterLength=5. Both are using the default line-join — “miter”. The lines used are identical in both — above and bottom. The miter limit is the maximum distance between the inner corner and outer corner. On lowering it, the miter-limit is passed, causing the bevel join to apply.

In Example 1.4(a), you can see how round and bevel joins work. The lines created are identical in the upper and lower parts. Only the lineJoinproperties are different.

In Example 4.1(b), you can see how a mitered join works, and what happens if the mitered length is passed.

In the examples till now, you might have noticed I’ve used demoCanvas.stroke() before closing each path. The stroke method does that actual drawing partly in those examples.

NOTE: fillStyle and strokeStyle are the properties that can be set to any CSS color string to set the fill & stroke colors.

Out of the box, the 2D context provides linear and radial gradients. The createLinearGradient and createRadialGradient methods return CanvasGradient objects, which can then be modified what we want.

The CanvasGradient has one method: addColorStop(offset,color) . The gradient starts at 0 and ends at 1. The color at the position of offset will be set using this method. For example, addColorStop(.5, "green") will make the middle color green. Colors b/w two adjacent stops will be interpolated (mixed).

In the example on the left, you can see how linear and radial gradients work.

You might wonder what if x0,y0 and x1,y1 given to the linear/radial gradient are not equal to the line/arc we create? See Example 1.7

The ImageData object can be used to manipulate individual pixels. It has three properties:

NOTE: A RGBA value can be used to represent a color — where R,G,B are the amounts of red, green, and blue and A is the opacity (alpha value). In the Canvas, these elements can have any integer value in [0, 255].

You can get a ImageData object with the following methods in the Canvas API:

Note that using beginPath/closePath isn’t necessary to use the ImageData API — because your not using the Canvas API to form shapes/curves. *Images *can be drawn onto the canvas directly. The drawImage can be used in three different ways to do so. It requires a CanvasImageSource as the pixel source.

A *<em>CanvasImageSource</em> can be one of the following — HTMLImageElement, HTMLCanvasElement, HTMLVideoElement. To copy into the canvas, you can use a <em><img style="display:none;" src="..." /></em> . You could also copy an existing canvas or the screenshot of a video!!!* drawImage(image,dx,dy) : Copies the image-source into the canvas at (*dx,dy). The whole image is copied. NOTE: Add this to your HTML —

Now we’re getting to the exciting parts of the Canvas API!!!

There are three in-built transformation methods:

Drawing a transformed image on top of the original image. Scale=2,2; Rotate=30deg; Translate=10,10

In Example 2.0, notice how the original image is intact. Only the second image (overlay) is transformed by three methods — rotate, scale, transform. To revert all transformations:

As of the time of writing (March 2019), support for hit regions is experimentalin Chrome and on Firefox. Mobile browser don’t even support it at all. Hence, I will explain to you “what” could hit regions be used for.

A hit region is related to these three things:

NOTE: The path is automatically provided by the canvas when adding a new hit region. Only one — id or control — is needed to form a hit region.

Methods for manipulating the hit-region list of a canvas are:

NOTE: Hit regions aren’t supported — but that doesn’t mean you have to use them to capture pointer events. You could create your “own hit-region list” and representations of boundaries of regions (cause you can’t get the current path from the canvas, too bad). In the document.getElementById('demo-canvas').onpointerdown method, get the current clientX,clientY properties and search through the hit region list. Based on the hit region that contains the point, you can perform the intended action.

States and the clip() method

State saving is a convenience provided by the W3C specification. You can save the current state of a canvas and restore it later.

You could also build such a system (partially) by writing your own JavaScript model. But you would have to save a quite of stuff: transformation matrix, hit-region list, style properties, and so on. Furthermore, you cannot revert the clipping area (we’ll get to the clip method in some time) directly.

NOTE: The save / restore methods do not save & restore the actual drawing/pixels. They only save other properties.

Hence, I would recommend heavily using the save & restore methods to go back and forth instead of erasing stuff on your own or making your own state-saving mechanism.

The CanvasRendering2DContext object has an associated state stack. The savemethod will push the current canvas state onto that stack, while the restoremethod will pop the latest state from the stack.

So, for example, let’s say you know how to draw a star in the canvas. It touches all sides of the canvas. But now you want to only display the lower half of the star. In this scenario, you would:

To clip a region, you have to call the clip() method which does the following:

That’s all for now. I will write an article on animations with the canvas and how to write a custom interface completely on the html5 canvas tutorial.