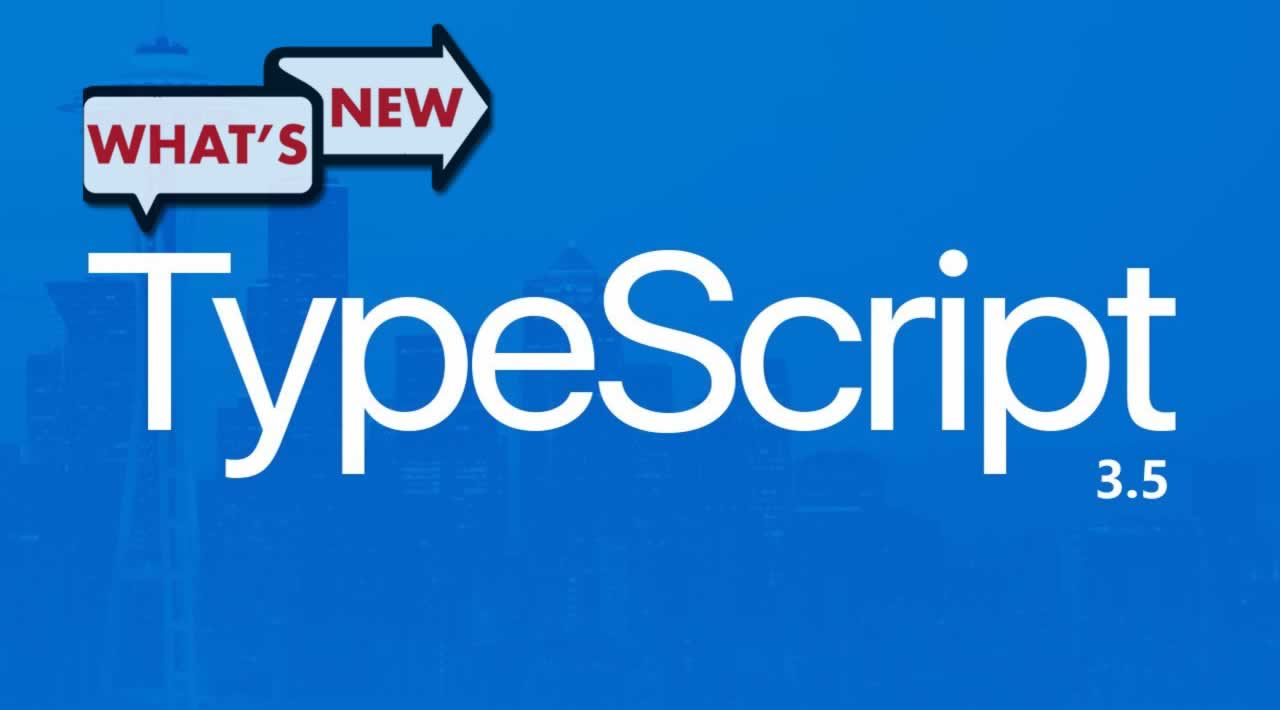 Less than two weeks after the release candidate, Microsoft *has shipped the final release of *TypeScript 3.5, the increasingly popular programming language that improves upon JavaScript by allowing optional static typing.

The open source, cross-platform language was even said to be "exploding" in popularity in an analyst report earlier this month.

One of the main highlights of this release is actually a fix for a type-checking bug the TypeScript team introduced in v3.4 that caused longer build times and made TypeScript/JavaScript editor operations "unbearably slow."

Other improvements in the compiler/language department as detailed by program manager Daniel Rosenwasser include:

In the editor tooling department, Rosenwasser called out:

Going forward, developers can expect a v3.6 beta on July 12, with the final version set for Aug. 23. It will include expected work items ranging from strongly typed iterators and generators (in the language department) to APIs for --incremental builds and project references (in the compiler department) to a release overhaul (in the infrastructure department) to "Await feedback for more completion priority improvements" (in the editor features department). All of this and much more is detailed in the TypeScript 3.6 iteration plan.

Looking further down the road, the laundry list of new features in the *TypeScript *road map includes:

Note that the possibility of providing error messages in haiku or iambic parameter is still a hot item, with our own .NET expert columnist Peter Vogel offering up the following nugget in a comment on an earlier article that mentioned the poetic PR:

Reference is null.> * Reflect: Cold nature also> * Abhors a vacuum. However, Rosenwasser has said the issue has taken a back seat to more important issues, even throwing some shade on the original idea: "Besides, we'd probably do limericks first anyway. A haiku doesn't even rhyme."