Best 10 Reasons Why You Should Learn Java

Java is one of the most fundamental programming languages that anyone can pick up. It is so simple at the same time, the possibility of what you can develop using Java, is infinite! This is what makes Java the most widely used language in the industry today with Java Certification being a key skill that employers constantly look out for. Through this blog, I will be listing down the top 10 reasons to learn Java.

Let’s get started by understanding all the above points in the reverse order.

At number 10, Java is extremely easy and open source. It supports FLOSS philosophy where you don’t have to pay a single penny to write codes in Java.
So what are the reasons that contribute to its simplicity? Java is: 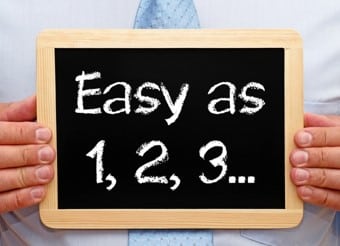 Furthermore, Java has made our life easier by removing all the complexities such as pointers, operator overloading as you see in C++ or any other programming language.

The release of Java 9, 10 and its features is a milestone in the Java ecosystem. I have picked up a few new Java9 features, which I feel are worth knowing about.
The very first is the project Jigsaw. The main aim of this project is to introduce the concept of modularity, support for creating modules and then apply the same to JDK.

Also, REPL tool has been introduced which makes it quite easy to try different features. Along with that, you also have Jshell scripting where you can actually write this in a single go and thereby making it quite easy.

So these new additions to Java help you to write simple code and test them up. 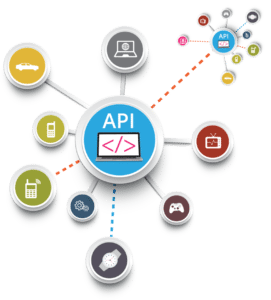 Now the reason API is quite popular, it becomes very easy for a programmer to build an application as well as use different technologies without actually knowing how their internal implementation works out.

You can go through the complete list of Java API’s that are associated as part of Java 10 here. 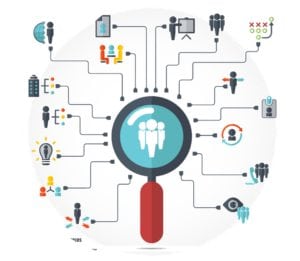 Java as a programming language is Omnipresent, which means it is present everywhere, starting from your phone to your setup box, to satellites as well.

So, there is a huge job opportunity once you grasp Java completely.

Then Java has a wonderful support community. So learning is not at all a problem with Java.

You have numerous resources available online that can act as your perfect companion, along with a support community. You have multiple forums, where all the doubts or errors related to Java are answered. 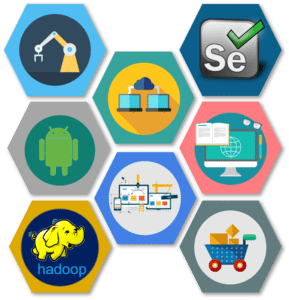 Well as I have mentioned above, Java is everywhere and it has an ocean of opportunities!

Now, let me take you through some of the technologies which make use of Java. Here I have selected some of the influenced domains which use Java. 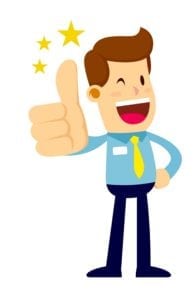 Now you have many powerful development tools in which you can do Java programming.

Some of the popular Java development tools are:

All of the above tools not only help you in the code writing process but it also offers a high-level debugging to the programmers.

Java is all over the place, it’s on the desktop, it’s on mobile, and everywhere! Here I have listed down few departments where Java has been explicitly used: 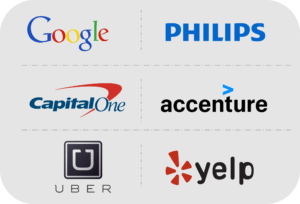 So, it is not limited to just one domain! Also, it is being used by many big giants such as Google, Philips, CapitalOne, Accenture, Uber and many more.

So, you can be completely assured that Java is not going anywhere soon!

3. Java is an OOPS Language 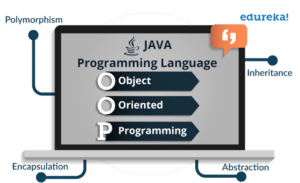 Object Oriented programming is a programming style which is associated with the concepts such as:
1. Classes
2. Objects
3. Inheritance
4. Encapsulation
5. Polymorphism

An object-based application in Java is based on declaring classes, creating objects from them and interaction between these objects. Hence, Java Being an Object Oriented Programming language, the concepts of Java are highly relatable.

Java is extremely portable as well as a versatile language. By portable, I mean Java can be used across various platforms. Being an open source programming language, it is platform independent across OS. As its famous tagline says “Write Once and Run Anywhere”, you can run Java bytecode on any hardware that has a compliant JVM. Example: you can simply write your code or create Java applications in a Windows environment and run on any other environment, let’s say Linux etc.

Next, Java is said as one of the most versatile languages. Now, there are many reasons behind it. First of all, it has dynamic coding,  all the codes are organized and stored in an object-oriented format known as classes. Then it is highly secured. Next, it can easily work with different resources across a network. This makes Java network-concentric and a language which is not going out of the date anytime soon.

Next coming to last but not the least is Java’s popularity & high SALARY!

Java developers are the ones who acquire high paying jobs in the industry. The average Java Developer earns around 110,000$ per year in the United States.

Apart from this, you can refer this TIOBE programming index for all the present trending programming languages.

So, here you can see how Java has dominated this field from the early 2000’s to present 2018. This in itself should give you an idea of how popular Java is and how widely it is being used in the industry.

So these were my top 10 reasons to learn Java. If you have any other reason in your mind, you can mention it in the comment section.

I hope my blog on “Top 10 reasons to learn Java” was relevant for you. To get in-depth knowledge of Java along with its various applications, check out our interactive, live-online Edureka Java Certification Training here, that comes with 24*7 support to guide you throughout your learning period. Important Things For Java Developers To Learn In 2021

If you are looking to learn Java, you may be wondering where to start. Which technologies should you focus on? Whether you are new to the language, a middle-level learner, or already using Java at work, this article explores the essentials that you need to know.

Learning a programming language is a technological process that requires serious preparation. Otherwise, you can easily “choke” on the learning process itself.

I work for a company that created an interactive Java online course. From time to time, our graduates tell us about what they are required to know in interviews, and also about what technologies they use in their work. Based on these surveys, a shortlist of such technologies can be compiled. What is the Best Way to Learn Java?

Let’s face it: the web today is full of educational materials for every taste and budget. On the one hand, it is good for learners as they can gain the needed knowledge without spending a fortune and years in university. On the other hand, this whole lot of courses sometimes makes the newbies confused and stumbled upon a tricky choice. There is an endless number of courses, books, websites, video tutorials, and other resources to get in-depth knowledge about any programming language.

But, what is the best way to learn Java? That is the question.

In this post, I’ve put together a few of the most effective ways that will be a good starting point in your path to mastering Java. So, stay tuned and get ready to write them down.