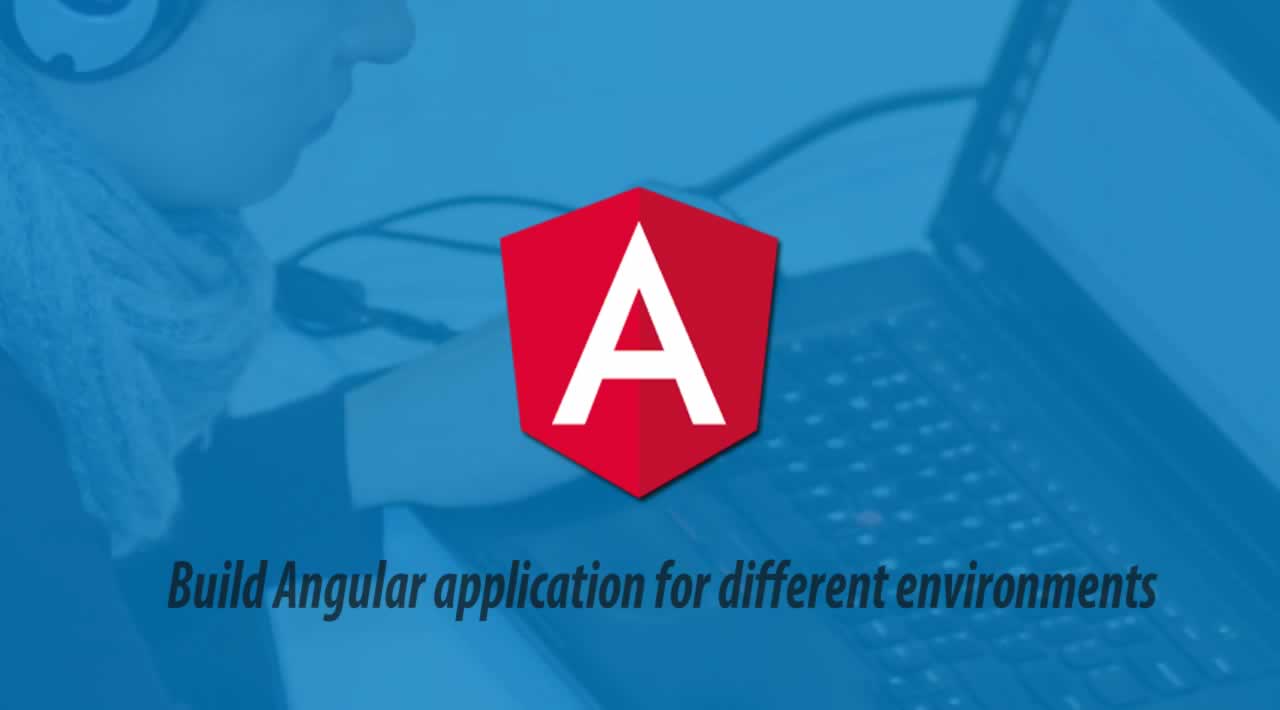 In our quest to build a twelve-factor app where we build once and deploy to multiple environment we encountered some problems...

In our quest to build a twelve-factor app where we build once and deploy to multiple environment we encountered some problems...

If we take a look at the description of such an app, it says:

A twelve-factor app has 12 factors as the name implies, for this post we’re scoping into the fifth topic Build, release, run. If we take a look at the description of this stage, it says:

A codebase is transformed into a (non-development) deploy through three stages:

The twelve-factor app uses strict separation between the build, release, and run stages. For example, it is impossible to make changes to the code at runtime, since there is no way to propagate those changes back to the build stage.

I believe this file is miss-used in most of the cases, maybe even the most miss-used file in an Angular application. In my opinion, Angular should be more explicit about the use of this file. Sadly, we weren’t an exception and we didn’t know it until some time ago. Our environment files had some config variables inside of them that varied between environments, e.g. the API endpoint or a token to use a 3rd party service. This caused us to create a separate environment file for each environment dev, test, staging, production1, and production2. By storing our config variables in the environment files it forced us to build the application for each environment when we needed to deploy a new version of our application. This was time-consuming and it was also error-prone. Short said, it is considered a bad practice.

As the start of our quest we extracted all of the environment specific variables into a config file, which is just a simple JSON file. This left us with 2 environment files to define if it’s a production build or not. These will be familiar as these are also the default files provided by Angular.

While we develop the application we’re using the environment.ts file, when we create a build on our CI server we use the environment.prod.ts file. The Angular CLI picks up the correct file via the angular.json file.

We now have one build and multiple deploys, but we still have to load in the config file in our application. This is the part where we struggled for a bit.

We thought we weren’t the first ones on this quest so we went online in order to solve our problem. All of the solutions we encountered were using the APP_INITIALIZER provider to postpone the bootstrap process of the Angular components until the config file was loaded.

Until at a specific moment where we needed to have access to our config from outside components and services, we had other configuration objects depending on the config file at the start up. We needed to create a configuration object to load a module, an example is that we needed to load ApplicationInsightsModule at startup. We tried to chain multiple APP_INITIALIZER providers in the hope we didn’t have to start over. Unfortunately, we discovered that the config wasn’t loaded at the time when we needed it. We tried multiple ways to get around it without changing our solution with the APP_INITIALIZER provider, but without any success.

So we went back to the drawing board and asked for some help in the AngularInDepth group where Joost Koehoorn and Lars Gyrup Brink Nielsenoffered some great guidance. With some help we discovered that platformBrowserDynamic also accepts providers.

We needed to have the config variables loaded in before the application booted up, in order to do this we took the bootstrapping process a step further. We had to load the config file first, before everything else, before the application was loaded in. Angular boots up the application module inside the main.ts file. In order to solve our problem we had to postpone this process until we loaded our config variables. Because <a href="https://angular.io/api/platform-browser-dynamic" target="_blank">platformBrowserDynamic</a>accepts providers, we saw an opportunity to define the config here.

The code below loads the config file via the <a href="https://developer.mozilla.org/en-US/docs/Web/API/Fetch_API" target="_blank">fetch API</a>. This is a Promise, so we can know for sure that the config file will be loaded before we bootstrap the application module. The self-declared APP_CONFIG token is used here to store the configuration variables.

We now are fully compliant to the fifth factor of a twelve-factor app, being Build, release, run. This means we can now build our application one time and deploy it to every environment we have. During the deployment to an environment we have to deploy the correct version of the configuration file.

As bonus on having this kind of setup makes it very easy to create and use feature toggles.