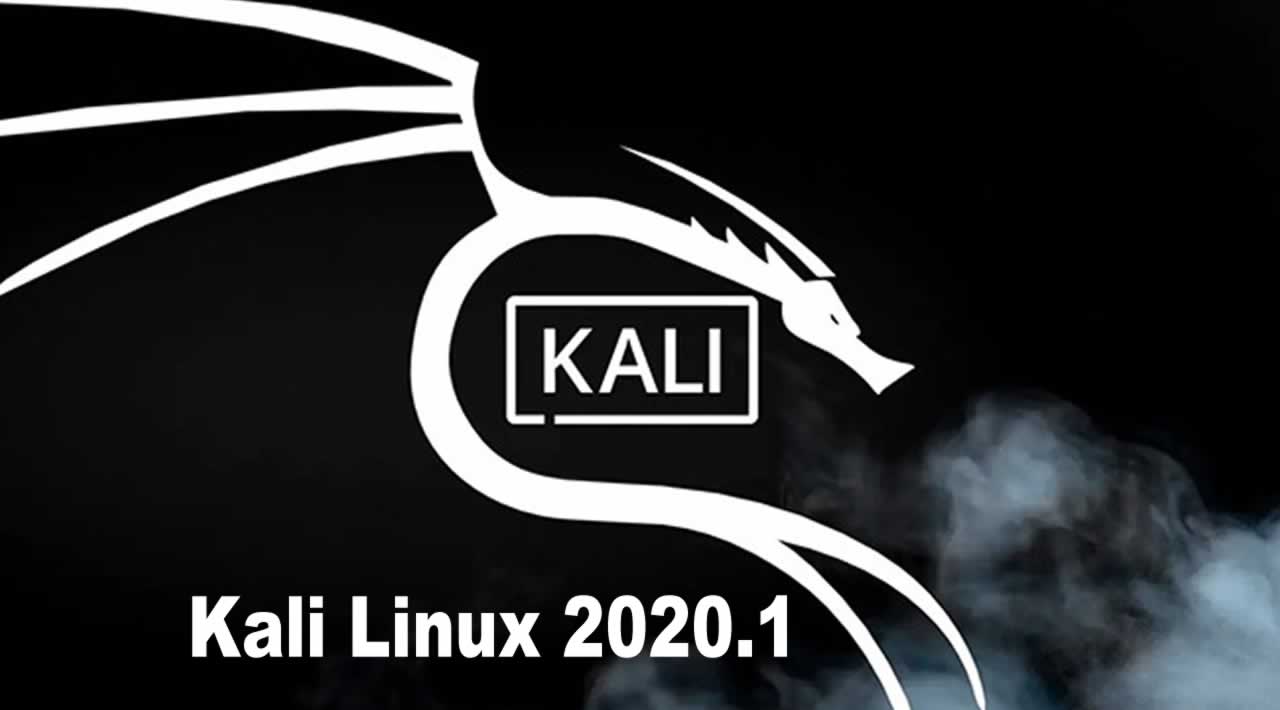 We are here to kick off our first release of the decade, with Kali Linux 2020.1! Available for immediate download.

The following is a brief feature summary for this release:

Throughout the history of Kali (and its predecessors BackTrack, WHAX, and Whoppix), the default credentials have been root/toor. This is no more. We are no longer using the superuser account, root, as default in Kali 2020.1. The default user account is now a standard, unprivileged, user.

For more of the reasons behind this switch, please see our previous blog post. As you can imagine, this is a very large change, with years of history behind it. As a result, if you notice any issues with this, please do let us know on the bug tracker.

Kali as your Main OS

So with this, should you use Kali as your daily driver, as the primary OS? It’s up to you. There wasn’t anything really stopping you before, we just don’t encourage it. We still don’t. But its a helping hand for the people who are familiar with Kali enough.

Why do we not recommend it? Because we are unable to test for that usage pattern and we don’t want the influx of bug reports that would come with it. If you are brave enough to try it, you may wish to switch the branch from “rolling” to “kali-last-snapshot” to try and be more stable.

We took a good hard look at the usage of Kali, what images are actually downloaded, how they are put to use, and so on. With this information in hand, we decided to completely restructure and simplify the images we release. Going forward, we will have an installer image, a live image, and a network installer image.

These changes should allow for easier selection of the right image for you to download, while increasing flexibility on installation and further reducing download sizes.

We are no longer offering separate images for every desktop environment (DE). Instead, we now have a single image with the option to pick your DE during installation. This means there isn’t a download link for Xfce (which is our default option since 2019.4), GNOME, KDE, MATE or LXDE DEs. Just one image to rule them all.

At install time, you may select the tools included with Kali (or none at all)! This gives you more control over what you want. We understand that Kali comes with more tools than some people use, or they have their own select tools they use. Now they can install Kali without any metapackages, giving them a bare Kali installation, so they can individually select what tools they want (rather than groups).

The default image contains the kali-desktop-xfce and kali-tools-default packages, allowing for an offline installation of Kali (as it always has been). Selecting any non-default tools will require a network connection.

Note: “Kali Live” is not included in this image. If you wish to use live mode, you’ll need the live image.

It’s a very small image, containing only enough to install the base system, but behaving exactly like the full installer image, allowing you to install everything that Kali offers, provided that you have enabled network connectivity.

“Kali Live” hasn’t been forgotten about – it’s just moved to its own image. This allows you to try Kali without installing it and is perfect for running off a USB stick. You can install from this image, however, it will require a network connection (this is why we suggest the stand-alone install image for most users).

Alternatively, you can generate your own image, in particular if you want to use another desktop environment instead of our default Xfce. It’s not as hard as it sounds!.

You will probably notice a bit of a change in the ARM images starting with our 2020.1 release. There are fewer images available for download, due to both manpower and hardware constraints, some images won’t be posted without community assistance. The scripts are still updated, so if an image doesn’t exist for a machine you use, you will have to create it by running the build script on a Kali machine.

The sad news that a lot of people didn’t want to hear… an image for the Pinebook Pro isn’t included in the 2020.1 release. We are still working on getting it added, and as soon as it is ready we will post it.

Our mobile pen-testing platform, Kali NetHunter, has also had some new improvements. You are now no longer required to root your phone in order to run Kali NetHunter, but that does come with some limitations.

The NetHunter documentation page includes a more detailed comparison. Each NetHunter edition comes with both the new “kali” user as well as root. KeX now supports multiple sessions so you can opt to run your pentest in one whilst writing a report in another.

Please note that due to how Samsung Galaxy devices function, the non-root user might not be able to run sudo but has to use su -c instead.

One of the peculiarities of the new “NetHunter Rootless” edition is that the default non-root user has almost full privileges in the chroot due to how proot containers work. 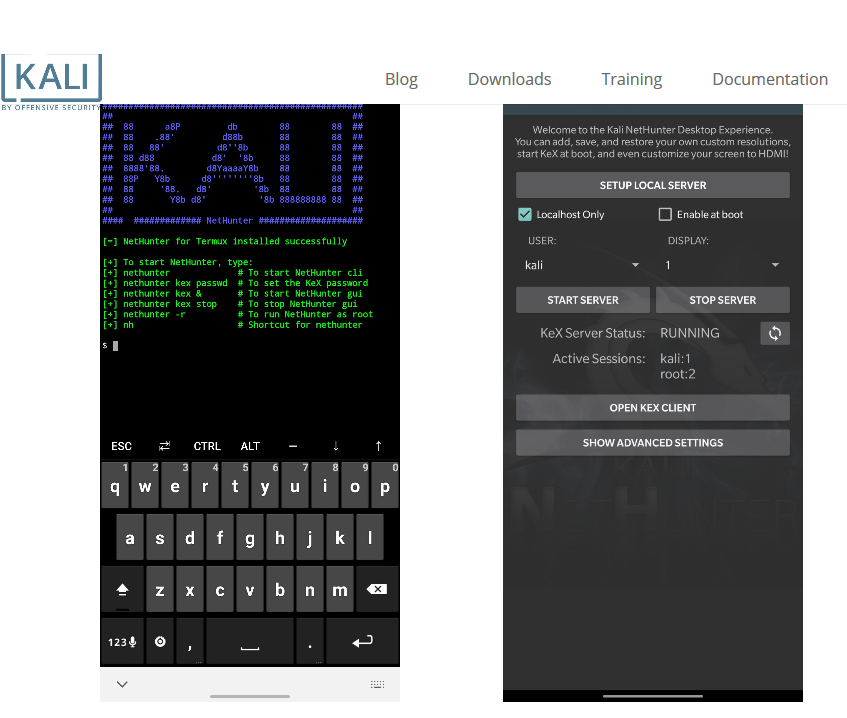 With our last release, we made a major change switching from GNOME to Xfce. That wasn’t the end for us; we have kept on going with the design work, and have more updates:

GNOME There is now a new theme for GNOME users and as an additional bonus, there is a light and dark theme!

Tools We are giving the tools that you are very fond of a makeover too! We are slowly working through our collection, refreshing them and adding in new icons.

Menu Eagle-eyed users may also notice the icons used in the menu have also been replaced.

Setup And if you opt to use the graphical installer of Kali, it’s also been updated (Before and after shots)

We were not expecting the community’s overwhelming response to kali-undercover. So carrying on from Kali 2019.4 release, Kali-undercover now starts to feel even more like Windows to help blend in.

Kali Linux is a rolling distribution, so it gets updates as soon as they are available, rather than waiting for “the next release”. So since the last release, we have the normal tool upgrades as well as a few new tools added, such as: cloud-enum, emailharvester, phpggc, sherlock, splinter.

We have a few new (kali-community-wallpapers) and old (kali-legacy-wallpapers) wallpapers to offer up if you want to customize or are feeling a little a little nostalgic.

As a reminder, Python 2 has reached “end of life” on the 1st of January 2020. What this means is, we are removing tools that depend on Python 2. Why? Because they are no longer being maintained, they are not receiving updates, and they need replacing. The pentesting landscape is a dynamic field that is forever changing. It’s time to keep up. We will be doing our best to find alternatives that are actively worked upon.

If you want to contribute to Kali please do! If you have an area, idea of something YOU would like to work on, please dig in. If you want to help, but don’t know where to start, please see our docs page. If you have a suggestion for a feature, please record it on the bug tracker.

Note: the bug tracker is for bugs & suggestions. Its not a place to get help or support – that’s for the forums.

Fresh images Why are you waiting? Start downloading now!

Existing Upgrades If you already have an existing Kali installation, remember you can always do a quick update:

NOTE: The output of uname -r may be different depending on architecture.

As always, should you come across any bugs in Kali, please submit a report on our bug tracker. We’ll never be able to fix what we don’t know is broken.

Advanced penetration testing and cybersecurity distro, Kali Linux has released this year's first version. Kali 2020.1 is out and in this video, we'll be having a detailed look at this exceptional distro that comes with state-of-the-art hacking and cyber forensics tools.

How to Wireless Hacking with Kali Linux