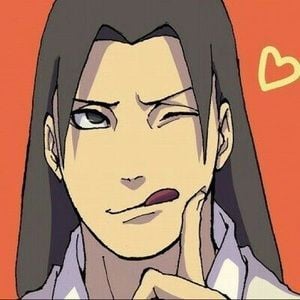 Get a GitNation Multipass, attend 8+ remote JavaScript conferences & watch tens of pro talks and workshops from our past events: https://portal.gitnation.org/multipass

Watch the full version of all the conference talks including QnA sessions on GitNation Video platform, follow the link → http://bit.ly/rsre2021-yt-talks-qna
Talk: Engineers Learn to Negotiate

When people ask me the most important skill I can learn to become better at my job and get promotions, I always tell them: The art of communication and human interaction. When working as engineers we are interacting with many people on daily basis. It is crucial for us to learn how to negotiate and persuade people. In this talk, we will cover 3 main techniques to become a better negotiator. these techniques can help us interact with others more effectively, get our projects approved, get promoted easier and even help us in our life.

This event would not take place without the support of sponsors: 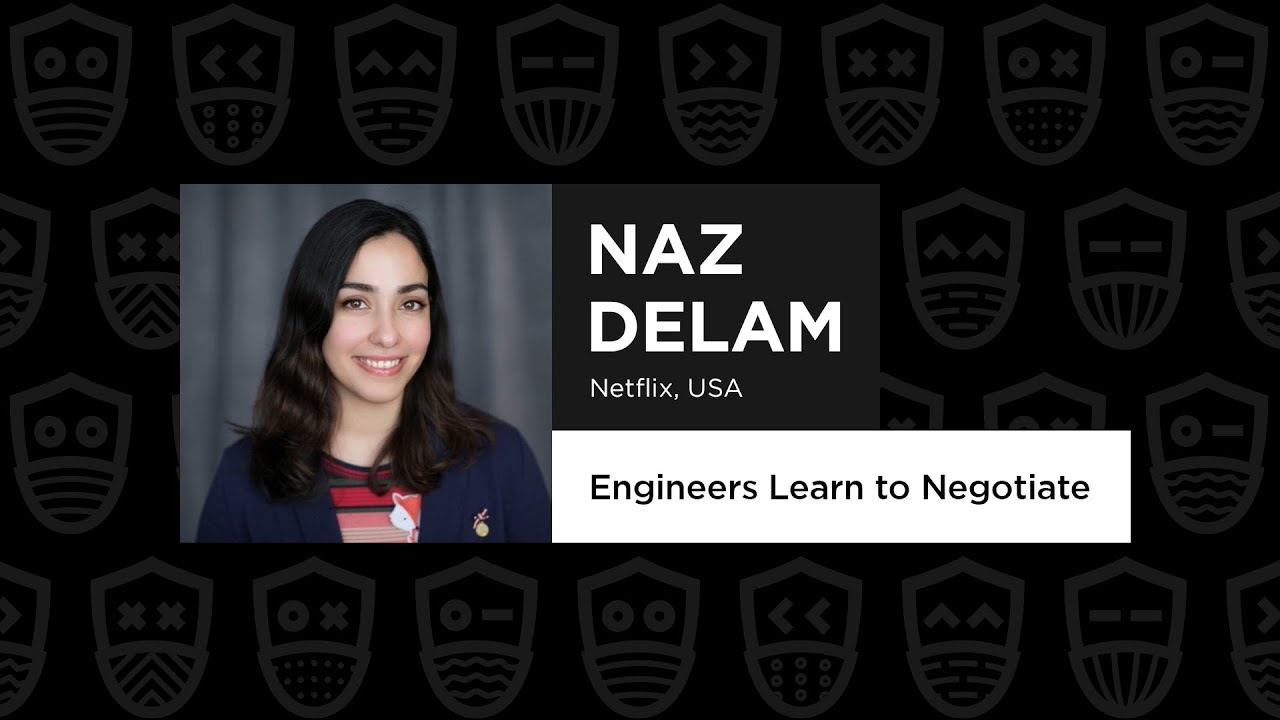 Five Reasons Why You Should Learn Data Engineering — Dataquest

Looks cool, right? But it begs the question: why learn data engineering in the first place?

Typically, data science teams are comprised of data analysts, data scientists, and data engineers. In a previous post, we’ve talked about the differences between these roles, but here let’s dive deeper into some of the advantages of being a data engineer.

Data engineers are the people who connect all the pieces of the data ecosystem within a company or institution. They accomplish this by doing things like:

Doing everything listed above primarily requires one particular skill: programming. Data engineers are software engineers who specialize in data and data technologies.

That makes them quite different from data scientists, who certainly have programming skills, but who typically aren’t engineers. It’s not uncommon for data scientists to hand over their work (e.g., a recommendation system) to data engineers for actual implementation.

And while it’s data analysts and data scientists who are doing the analysis, it’s typically data engineers who are building the data pipelines and other systems necessary to make sure that everyone has easy access to the data they need (and that no one has access to the data who shouldn’t).

A strong foundation in software engineering and programming equips data engineers to build the tools data teams and their companies need to succeed. Or, as Jeff Magnusson put it: “I like to think of it in terms of Lego blocks. Engineers design new Lego blocks that data scientists assemble in creative ways to create new data science.”

This brings us to the first reason why you might want to become a data engineer:

1. Why Learn Data Engineering? It’s the Backbone of Data Science

Data engineers are on the front lines of data strategy so that others don’t need to be. They are the first people to tackle the influx of structured and unstructured data that enters a company’s systems. They are the foundation of any data strategy. Without Lego blocks, after all, you can’t build a Lego castle. 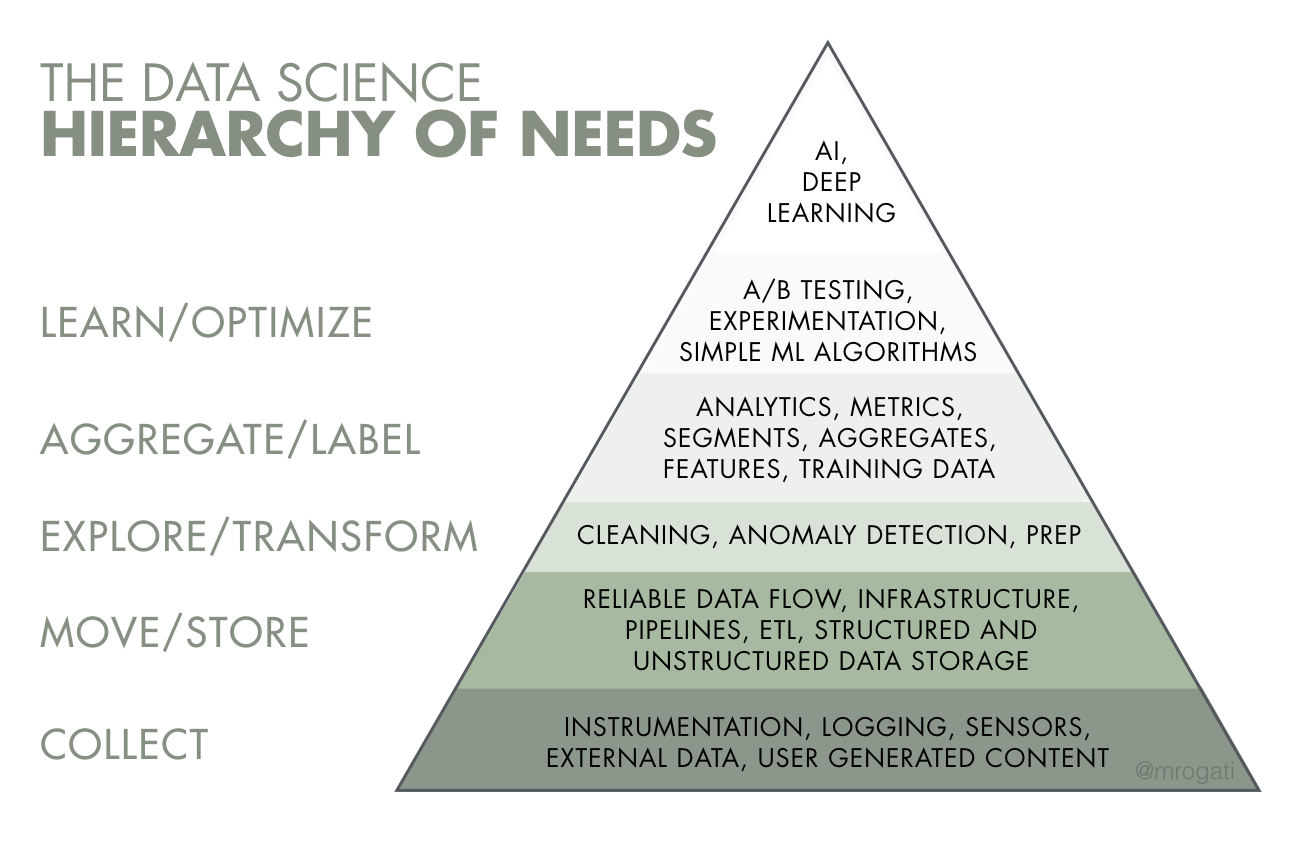 In the above Data Science Hierarchy of Needs (proposed by Monica Rogati), data engineers are completely responsible for the two bottom rows, and share responsibility with data analysts and data scientists for the third row from the bottom.

To gain a better understanding of how critical data engineering is, imagine the pyramid pictured above is used as a funnel and flipped upside down. Data is poured into the top of that funnel, and the first people to touch it are data engineers. The more efficient they are at filtering, cleaning, and directing that data, the more efficient everything else can be as the data flows further down the funnel and towards other team members.

Conversely, if the data engineers are not efficient, they can serve as a block in the funnel that harms the work of everyone downstream. If, for example, a poorly-built data pipeline ends up feeding the data science team incomplete data, any analysis they perform on that data may be useless.

In this way, data engineers act as multipliers of the outcomes of a data strategy. They are the giants on whose shoulders data analysts and data scientists stand.

This is evidenced in the way companies with good data strategies structure their teams. According to Jesse Anderson a data engineer and managing director of the Big Data Institute:

One of the Python functions data analysts and scientists use the most is read_csv — from the pandas library. This function reads tabular data stored in a text file into Python, so that it can be explored and manipulated.

If you’ve worked with data in Python before, you’re probably very used to typing something like this:

Easy and convenient, right? The read_csv function is a great example of the essence of software engineering: creating abstract, broad, efficient, and scalable solutions.

What does that mean and how does it relate to learning data engineering? Let’s take a deeper look. Reinforcement learning (RL) is surely a rising field, with the huge influence from the performance of AlphaZero (the best chess engine as of now). RL is a subfield of machine learning that teaches agents to perform in an environment to maximize rewards overtime.

Among RL’s model-free methods is temporal difference (TD) learning, with SARSA and Q-learning (QL) being two of the most used algorithms. I chose to explore SARSA and QL to highlight a subtle difference between on-policy learning and off-learning, which we will discuss later in the post.

This post assumes you have basic knowledge of the agent, environment, action, and rewards within RL’s scope. A brief introduction can be found here.

We will compare these two algorithms via the CartPole game implementation. This post’s code can be found here :QL code ,SARSA code , and the fully functioning code . (the fully-functioning code has both algorithms implemented and trained on cart pole game)

The TD learning will be a bit mathematical, but feel free to skim through and jump directly to QL and SARSA.

SISGAIN is one of the top e-Learning software companies in New York, USA. Develop Education Technology based, mobile application for e-learning from SISGAIN. We Develop User Friendly Education App and Provide e-learning web portals development Service. Get Free Quote, Instant Support & End to End Solution. SISGAIN has been developing educational software and provides e-learning application development services for US & UK clients. For more information call us at +18444455767 or email us at hello@sisgain.com