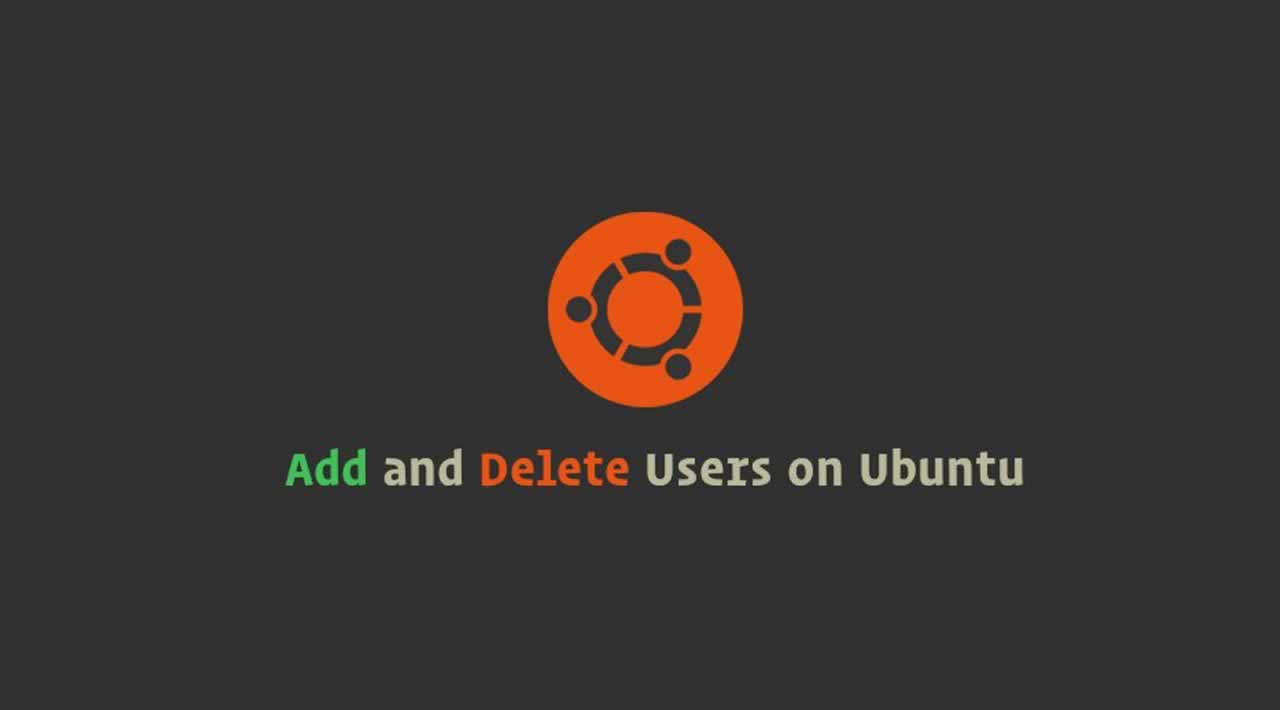 In this post, you'll learn how to add and remove users from your Ubuntu 18.04 system. Effective user management will allow you to separate users and give them only the access that they are required to do their job.

Adding and removing users on a Linux system is one of the most important system administration tasks to familiarize yourself with. When you create a new system, you are often only given access to the root account by default.

While running as the root user gives you complete control over a system and its users, it is also dangerous and can be destructive. For common system administration tasks, it is a better idea to add an unprivileged user and carry out those tasks without root privileges. You can also create additional unprivileged accounts for any other users you may have on your system. Each user on a system should have their own separate account.

For tasks that require administrator privileges, there is a tool installed on Ubuntu systems called sudo. Briefly, sudo allows you to run a command as another user, including users with administrative privileges. In this guide we will cover how to create user accounts, assign sudo privileges, and delete users.

To follow along with this guide, you will need:

If you are signed in as the root user, you can create a new user at any time by typing:

If you are signed in as a non-root user who has been given sudo privileges, you can add a new user by typing:

Either way, you will be asked a series of questions. The procedure will be:

Your new user is now ready for use. You can now log in using the password that you entered.

If you need your new user to have access to administrative functionality, continue on to the next section.

If your new user should have the ability to execute commands with root (administrative) privileges, you will need to give the new user access to sudo. Let’s examine two approaches to this problem: adding the user to a pre-defined sudo user group, and specifying privileges on a per-user basis in sudo’s configuration.

Adding the New User to the Sudo Group

By default, sudo on Ubuntu 18.04 systems is configured to extend full privileges to any user in the sudo group.

You can see what groups your new user is in with the groups command:

By default, a new user is only in their own group which adduser creates along with the user profile. A user and its own group share the same name. In order to add the user to a new group, we can use the usermod command:

The -aG option here tells usermod to add the user to the listed groups.

As an alternative to putting your user in the sudo group, you can use the visudo command, which opens a configuration file called /etc/sudoers in the system’s default editor, and explicitly specify privileges on a per-user basis.

Using visudo is the only recommended way to make changes to /etc/sudoers, because it locks the file against multiple simultaneous edits and performs a sanity check on its contents before overwriting the file. This helps to prevent a situation where you misconfigure sudo and are prevented from fixing the problem because you have lost sudo privileges.

If you are currently signed in as root, type:

If you are signed in as a non-root user with sudo privileges, type:

Traditionally, visudo opened /etc/sudoers in the vi editor, which can be confusing for inexperienced users. By default on new Ubuntu installations, visudo will instead use nano, which provides a more convenient and accessible text editing experience. Use the arrow keys to move the cursor, and search for the line that looks like this:

Below this line, add the following highlighted line. Be sure to change <span class="highlight">newuser</span> to the name of the user profile that you would like to grant sudo privileges:

Add a new line like this for each user that should be given full sudo privileges. When you are finished, you can save and close the file by hitting CTRL+X, followed by Y, and then ENTER to confirm.

Now, your new user is able to execute commands with administrative privileges.

When signed in as the new user, you can execute commands as your regular user by typing commands as normal:

You can execute the same command with administrative privileges by typing sudo ahead of the command:

You will be prompted to enter the password of the regular user account you are signed in as.

In the event that you no longer need a user, it is best to delete the old account.

You can delete the user itself, without deleting any of their files, by typing the following command as root:

If you are signed in as another non-root user with sudo privileges, you could instead type:

If, instead, you want to delete the user’s home directory when the user is deleted, you can issue the following command as root:

If you’re running this as a non-root user with sudo privileges, you would instead type:

If you had previously configured sudo privileges for the user you deleted, you may want to remove the relevant line again by typing:

Or use this if you are a non-root user with sudo privileges:

This will prevent a new user created with the same name from being accidentally given sudo privileges.

You should now have a fairly good handle on how to add and remove users from your Ubuntu 18.04 system. Effective user management will allow you to separate users and give them only the access that they are required to do their job.