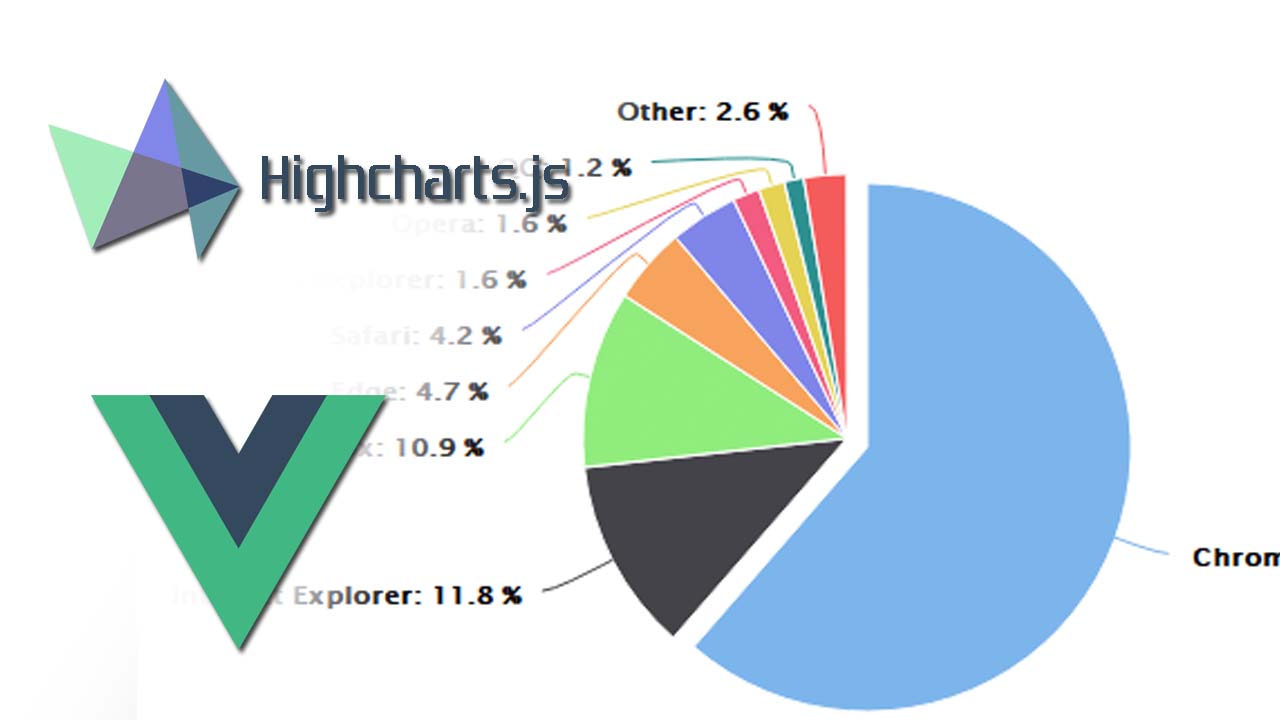 How to Maintain Performance with Big Datasets Using Highcharts. js and Vue. Sometimes you just need to show big datasets in your project. However, the library that you've used so far, as soon as you start to add data, becomes clunky and slow.

Sometimes you just need to show big datasets in your project. However, the library that you’ve used so far, as soon as you start to add data, becomes clunky and slow. You start to optimize your code, make cuts, or simplifications in datasets… In this article I’m going to show you that it does not have to be that way

Used by “80% of the largest companies in the world”, Highcharts is a powerful tool that allows you to plot massive series of data in a dynamic manner. As it’s free for non-commercial use, you can easily check for yourself if it’s going to suit your tastes. This project will also use highcharts-vue, which is a wrapper for Highcharts.

The tools that we are going to need for the job are:

You can easily install them all at once using npm command:

Now that we have all the pieces, let’s add them in the main.js file:

You may be wondering, what this boost module is. I think that, to best explain it, the official documentation can be cited:

Boost is a stripped-down renderer-in-a-module for Highcharts and Highstock. It bypasses some of the standard Highcharts features (such as animation), and focuses on pushing as many points as possible as quickly as possible.

So, to sum it up, this module will make our charts run faster, but at the cost of some minor drawbacks. For example, you won’t be able to use dotted lines for your series. But, don’t you worry, the key parts are still fully functional.

Disclaimer: As the boost module is still in development, it can cause several bugs. For example, when using timestamps as x value, boost.useGPUTranslations will cause points to render in wrong places while zoomed, so you will need to do additional research, or just ask on the Highcharts forums.

As we need to have some data to show, and you probably don’t have any endpoints hanging around, we will need to generate some dummy data. We will need to create an object that has two (or more) attributes filled with chart data (for the sake of showing performance - about 100k points each, but you can totally try with 200-300k, or more). Highcharts allows us to add such as series in two ways:

This article covers how to make use of the first way, but you can always read the official Highcharts documentation to see other possibilities. To get the data, if you don’t want to generate it yourself, you can use my test.json (it’s in a public folder on the repo).

Let’s make use of it:

Now that we have some data to show, we can filtrate it. Even though this is a simplified version of the real application, we can create our architecture in a way that somewhat reflects the real case. Therefore, we can create 3 files:

ChartFiltration.vue will be, a parent of a Chart component. Its job will be issuing fetches and to know when the data is ready. Chart.vue will simply be used to show the series that are being passed by props. All logic related to processing the chart data will be stored in a store module.

Nothing too fancy here, just some imports.

As you can see, when the component is being mounted, the fetch in the store will be dispatched. The data will be mapped to a computed series. As I use conditional rendering, Chart.vue component will be rendered only when a series will have its length (because they will be returned as an array).

In this article I simply want to show how to work with data in Highcharts. There is no need to use modules for the store, like we would in a real application and, therefore, this is why I will use a single store file. Let’s focus on fetchData action. I simulate the http call with axios. After the data has been “fetched”, we will commit the SET_DATA mutation. Highcharts has its specific way of building chart objects. Because there can’t be too much logic in mutations, we add an additional helper function to process our response properly.

The helper function simply iterates on object to get its attributes. After each iteration, we return the Highcharts series object, and this is what we will focus on:

What can we set additionally ?

Here is a list of attributes that you can officially assign for a series.

Now that we have our data processed, we can focus on showing it.

The list of values that can be set for any of those attributes can be found here.

And, honestly, this is all. By moving processing logic to the store, we won’t cause any unnecessary computations inside of the component, which will improve speed immensely. In ChartFiltrations.vue, we can add some buttons to add additional filtrations to the chart. For example, we can add buttons to specify if we want to see only one type of attribute (remember that we need to still do the filtrations inside the store). Additionally, as in this example, we have both current and voltage. As you should know, they have different units, so to make our chart more lucid, we can use multiple y axises. It can be done simply by adding a yAxis object:

to the chartOptions object, specifying to which y axis the dataset belongs while creating highcharts series objects:

Let’s see how it looks in action:

As you can see, we had two series of 100k points, and they are working smoothly. In our project, sometimes we have 1 mln points to show at once, and performance is still superb. So, we can say with certainty that Highcharts fulfills its role, for sure.

In this article, I have hopefully shown you that lots of data does not come with a need to make performance cuts. This implementation is only one of numerous approaches to this particular topic. If you have any comments or questions, I will be happy to answer them through the comments.

You can find a working example here.

How to build Vue.js JWT Authentication with Vuex and Vue Router

In this tutorial, we’re gonna build a Vue.js with Vuex and Vue Router Application that supports JWT Authentication