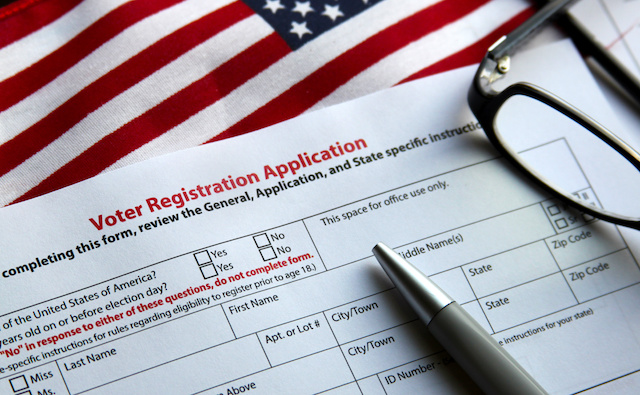 Phishing emails tell recipients that their voter's registration applications are incomplete – but instead steal their social security numbers, license data and more.

Cybercriminals this week are tapping into this week’s political frenzy with a new phishing lure that warns U.S. targets that their voter registration data needs extra details.

The emails purport to come from the U.S. Election Assistance Commission, an independent agency of the United States government that serves as a national resource of information regarding election administration. Utilizing this organization as a sender shows that cybercriminals are tapping into the vast database of U.S. citizens who are preparing to vote in the U.S. presidential election, which is right around the corner.

The email contains a URL, which leads to a spoofed web page that steals a variety of targets’ personal data, including name, date of birth, mailing address, email address, Social Security number and driver’s license data.

“Whatever the intent behind this particular phishing attack, it should serve as a reminder that human beings — users, employees, citizens and voters — are ‘soft targets’ for malicious actors,’ said Eric Howes with KnowBe4, in a Friday analysis. “This is especially true in turbulent times such as the present — when fear, confusion and doubt are surging in the run-up to a historic election that just happens to fall in the middle of a catastrophic pandemic.”

The emails subject says “voter registration application details couldnt be confirmed,” and the body of the email tells users: “Your Arizona voter’s registration application submitted has been reviewed by your County Clerk and some few details couldnt be comfirmed” (Note a suspicious lack of capitalization, spelling and grammar, which serve as a tip that the email is malicious).

The email then asks recipients to reconfirm their details to allow for processing, saying it could take up to two days to reflect in the system, and points to a URL.

“The social-engineering tactic being used here is a classic one in which email recipients are told of a problem with one of their accounts (usually a bank account) and are then offered a link to fix or redress the problem,” said researchers.

Though the email pretends to come from the U.S. Election Assistance Commission, the link in the email sends users to a web page that spoofs ServiceArizona, which is part of the state government of Arizona. The page includes images pulled directly from the state’s official site.

“Arizona, it should be noted, is considered a potentially important swing state in the upcoming U.S. presidential election,” said researchers. “The state also happens to be hosting a hotly contested election for one of the state’s two U.S. Senate seats.”

However, it should be noted that the phishing email reported to KnowBe4 was submitted by a target in Wisconsin – who wouldn’t submit a voter registration application in Arizona – another potential error on the side of the cybercriminals.

“Curiously, the copy of the email we received was submitted by a customer in Kenosha County, WI — a locality that has been in the news recently due to widely reported civil unrest in the area,” said researchers. “Moreover, like Arizona, Wisconsin is expected to play an important role in the upcoming election.”