Introduction to Tensorflow for Java 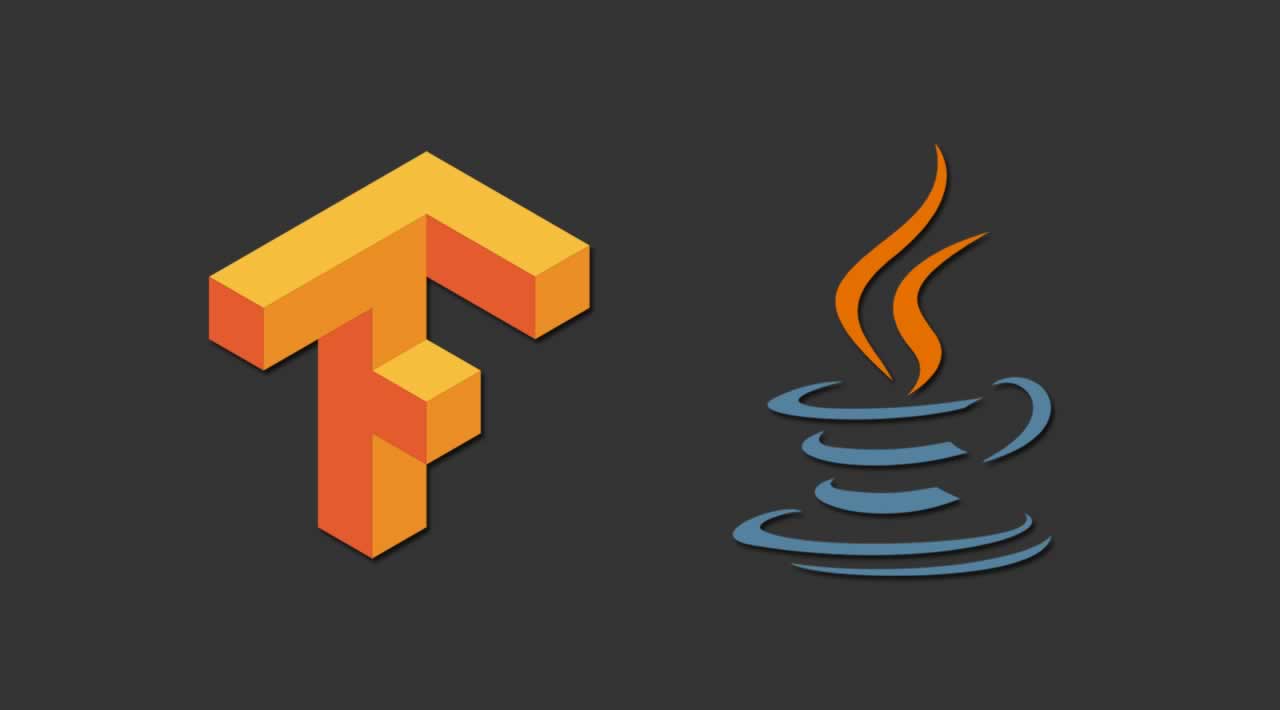 TensorFlow is an open source library for dataflow programming. This was originally developed by Google and is available for a wide array of platforms. Although TensorFlow can work on a single core, it can as easily benefit from multiple CPU, GPU or TPU available.

TensorFlow computation basically revolves around two fundamental concepts: Graph and Session. Let’s go through them quickly to gain the background needed to go through the rest of the tutorial.

To begin with, let’s understand the fundamental building blocks of TensorFlow programs. Computations are represented as graphs in TensorFlow. A graph is typically a directed acyclic graph of operations and data, for example: 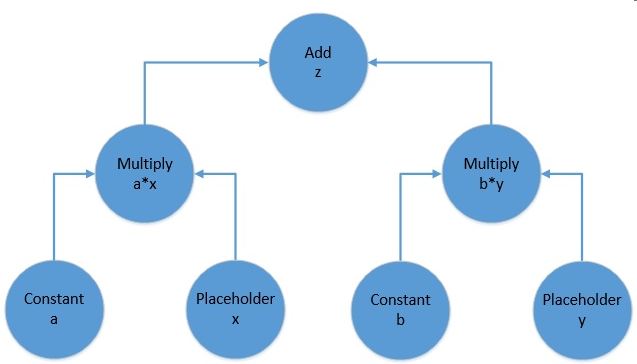 The above picture represents the computational graph for the following equation:

Now, a TensorFlow graph is a mere schematic of the computation which actually holds no values. Such a graph must be run inside what is called a TensorFlow session for the tensors in the graph to be evaluated. The session can take a bunch of tensors to evaluate from a graph as input parameters. Then it runs backward in the graph and runs all the nodes necessary to evaluate those tensors.

With this knowledge, we are now ready to take this and apply it to the Java API!

We’ll set-up a quick Maven project to create and run a TensorFlow graph in Java. We just need the tensorflow dependency:

Let’s now try to build the graph we discussed in the previous section using the TensorFlow Java API. More precisely, for this tutorial we’ll be using TensorFlow Java API to solve the function represented by the following equation:

The first step is to declare and initialize a graph:

Now, we have to define all the operations required. Remember, that operations in TensorFlow consume and produce zero or more tensors. Moreover, every node in the graph is an operation including constants and placeholders. This may seem counter-intuitive, but bear with it for a moment!

The class Graph has a generic function called opBuilder() to build any kind of operation on TensorFlow.

Here, we have defined an Operation of constant type, feeding in the Tensor with Double values 2.0 and 3.0. It may seem little overwhelming to begin with but that’s just how it is in the Java API for now. These constructs are much more concise in languages like Python.

While we need to provide values to our constants, placeholders don’t need a value at definition-time. The values to placeholders need to be supplied when the graph is run inside a session. We’ll go through that part later in the tutorial.

For now, let’s see how can we define our placeholders:

Note that we did not have to provide any value for our placeholders. These values will be fed as Tensors when run.

Finally, we need to define the mathematical operations of our equation, namely multiplication and addition to get the result.

These are again nothing but _Operation_s in TensorFlow and Graph.opBuilder() is handy once again:

Here, we have defined there Operation, two for multiplying our inputs and the final one for summing up the intermediate results. Note that operations here receive tensors which are nothing but the output of our earlier operations.

Please note that we are getting the output Tensor from the Operation using index ‘0’. As we discussed earlier, an *Operation can result in one or more Tensor** and hence while retrieving a handle for it, we need to mention the index. Since we know that our operations are only returning one *Tensor, ‘0’ works just fine!

It is difficult to keep a tab on the graph as it grows in size. This makes it important to visualize it in some way. We can always create a hand drawing like the small graph we created previously but it is not practical for larger graphs. TensorFlow provides a utility called TensorBoard to facilitate this.

Please do not bother if this does not make sense in the context of Java, this has been added here just for the sake of completeness and not necessary to continue rest of the tutorial.

We can now load and visualize the event file in TensorBoard like: 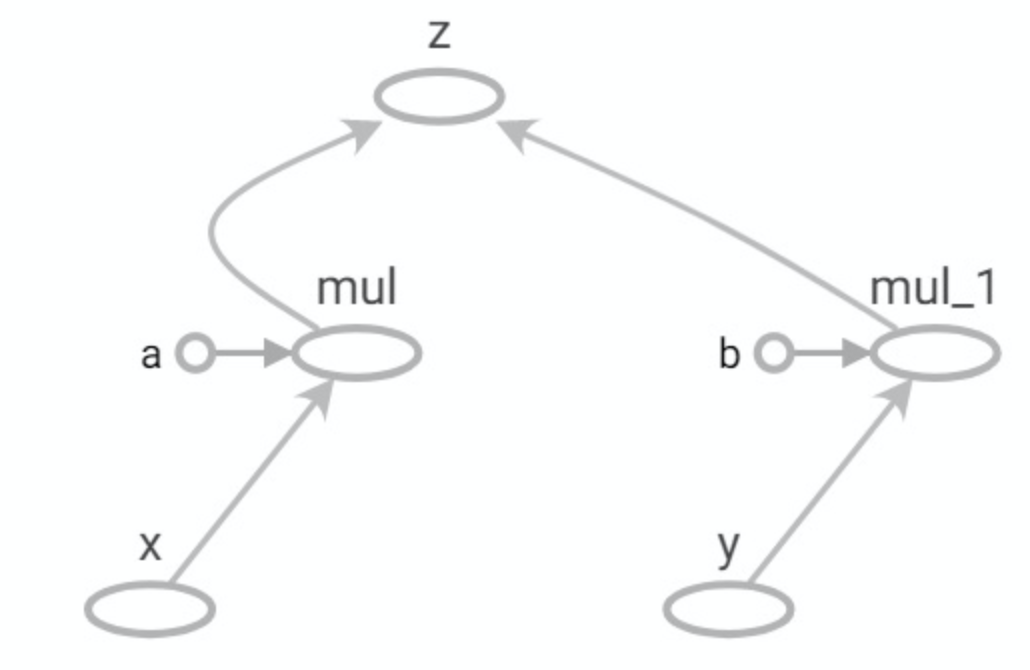 Note the similarity between this and the manually drawn graph earlier!

We have now created a computational graph for our simple equation in TensorFlow Java API. But how do we run it? Before addressing that, let’s see what is the state of Graph we have just created at this point. If we try to print the output of our final Operation “z”:

This isn’t what we expected! But if we recall what we discussed earlier, this actually makes sense. The *Graph we have just defined has not been run yet, so the tensors therein do not actually hold any actual value.* The output above just says that this will be a Tensor of type Double.

Let’s now define a Session to run our Graph:

Finally, we are now ready to run our Graph and get the output we have been expecting:

So what are we doing here? It should be fairly intuitive:

And now we see the scalar output:

This is what we expected, isn’t it!

7. The Use Case for Java API

At this point, TensorFlow may sound like overkill for performing basic operations. But, of course, TensorFlow is meant to run graphs much much larger than this.

Additionally, the tensors it deals with in real-world models are much larger in size and rank. These are the actual machine learning models where TensorFlow finds its real use.

It’s not difficult to see that working with the core API in TensorFlow can become very cumbersome as the size of the graph increases. To this end, TensorFlow provides high-level APIs like **[Keras](https://www.tensorflow.org/guide/keras "Keras") to work with complex models**. Unfortunately, there is little to no official support for Keras on Java just yet.

However, we can use Python to define and train complex models either directly in TensorFlow or using high-level APIs like Keras. Subsequently, we can export a trained model and use that in Java using the TensorFlow Java API.

Now, why would we want to do something like that? This is particularly useful for situations where we want to use machine learning enabled features in existing clients running on Java. For instance, recommending caption for user images on an Android device. Nevertheless, there are several instances where we are interested in the output of a machine learning model but do not necessarily want to create and train that model in Java.

This is where TensorFlow Java API finds the bulk of its use. We’ll go through how this can be achieved in the next section.

8.1. Saving Models to the File System

We’ll begin by defining the same graph we created earlier in Python and saving that to the file system.

Let’s see we can do this in Python:

As the focus of this tutorial in Java, let’s not pay much attention to the details of this code in Python, except for the fact that it generates a file called “saved_model.pb”. Do note in passing the brevity in defining a similar graph compared to Java!

It should by now be fairly intuitive to understand what the above code is doing. It simply loads the model graph from the protocol buffer and makes available the session therein. From there onward, we can pretty much do anything with this graph as we would have done for a locally-defined graph.

To sum up, in this tutorial we went through the basic concepts related to the TensorFlow computational graph. We saw how to use the TensorFlow Java API to create and run such a graph. Then, we talked about the use cases for the Java API with respect to TensorFlow.

In the process, we also understood how to visualize the graph using TensorBoard, and save and reload a model using Protocol Buffer.

As always, the code for the examples is available over on GitHub.

☞ Complete Guide to TensorFlow for Deep Learning with Python

☞ 9 Things You Should Know About TensorFlow

How to use TensorFlow in Java

In this tutorial, we'll go through the basics of TensorFlow and how to use it in Java.

How to Use TensorFlow Using Java/JavaScript

This article will help get experienced Java/JavaScript developers use machine learning/deep learning in the TensorFlow ecosystem without any prior knowledge of Python.