How Kubernetes Helps to Enable DevOps 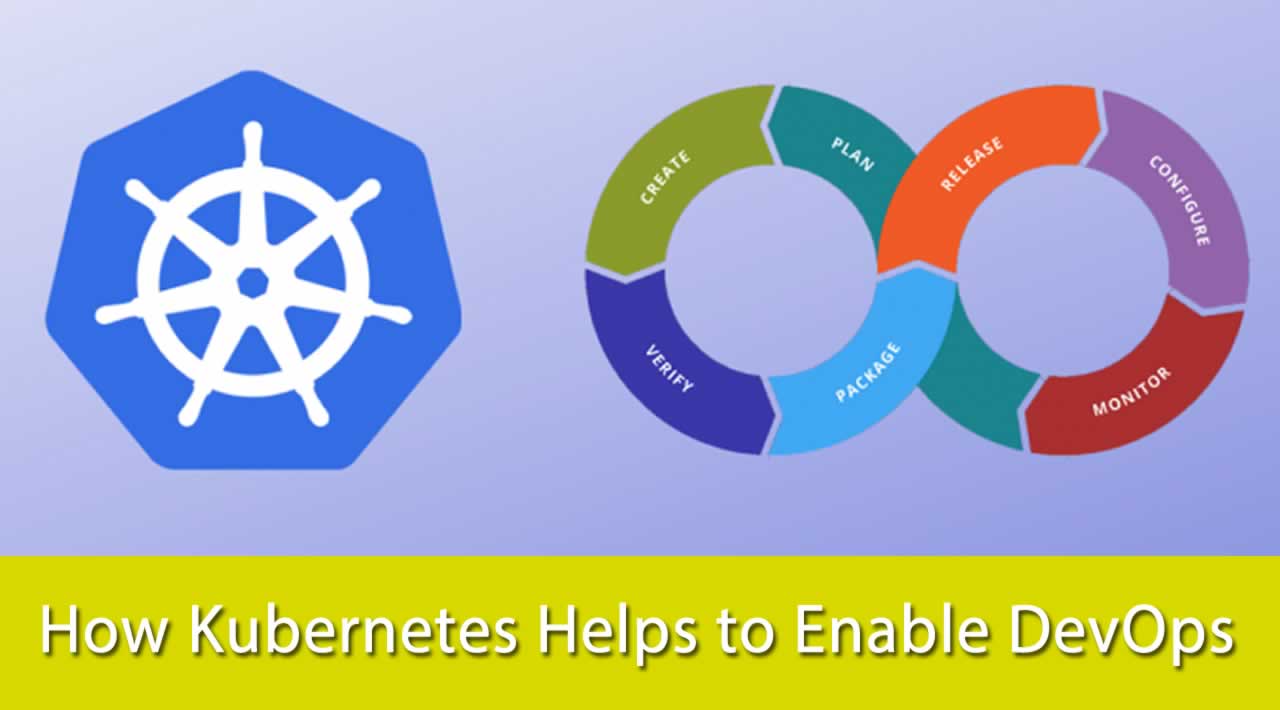 DevOps was an idea before its time.

It actually took a while for technology to catch up and fully implement the principles and vision of DevOps, but that is how innovation works.

A new set of tools in our toolboxes (though it's now taking up more and more mindshare) is end-to-end automation, and Kubernetes helps you manage that. Kubernetes is an open source framework for "automating deployment, scaling, and management of containerized applications." Originally introduced by Google, Red Hat, and others pushed it forward the last 3-4 years.

At the 2017 All Day DevOps conference, Siamak Sadeghianfar laid out 10 ways Kubernetes enables DevOps. We thought it was worth revisiting what he had to say as *Kubernetes *only becomes more prominent.

*So, how exactly does Kubernetes enable DevOps? Let's dive into what Siamak had to say: *

You should automate every step of your delivery pipeline. Kubernetes automates the deployment of containers. Each component becomes a container image.

*Kubernetes *allows you to "configure as code." Traditionally, an admin had to run configuration scripts manually to make sure they get the right one. *Kubernetes *keeps the file in the source repo. This allows you to describe where the file needs to go in the container and how the application consumes it. Additionally, it can be version controlled.

Since the inception of servers, there's been one problem: every time you put out a fire you change the state of the virtual machine. Eventually, you don't know exactly what the server looks like and you can't recreate it, even though you know it works. (These virtual machines are referred to as snowflakes.)

In Kubernetes, new containers are immutable; they are created when there is a problem with the original state. So, you can be confident that you know exactly how the new environment is configured.

Developers can create hybrid services and infrastructure on-demand from the self-service catalog. This gives control to developers to get the resources they need, yet allows operations to control the configuration of the services. Kubernetes follows open service and API standards so you can expose cloud services.

Build once, and deploy into production-like environments everywhere. Kubernetes allows you to build a golden image and use the exact same image for every single place you deploy your container. This gives you a consistent, production-like environment so it is the exact same whether you are on your local Windows or Mac development machine, a test server, etc. This helps you "shift left" so that you can see issues when you are in development instead of in production.

How can you tell if you have fully implemented Continuous Delivery? Siamak says that the test is if someone walks in and says, "Can you go to production right now?" can you do it without breaking a sweat?

When you have several deployments a day, you can't pull down production to deploy. You must have safe, rolling updates without disrupting the production traffic. Kubernetes helps with blue/green deployments so that you can set up a new environment and switch to the new one without downtime.

How can you evaluate proposed changes, such as changing copy or the color of buttons? A/B testing delivers different versions to different customers so you can get real-world test results. Kubernetes manages routing traffic to different versions. The same version with slight modifications are possible.

This is shared access to environments with granular control. Kubernetes goes beyond the silos so everyone has the same set of environments, but you can grant access to different roles and allow different roles to do different things. For instance, developers may be able to push to production, while Infosec may have view access, and QA may have access to live containers, but not building or deploying. The entire team can access production, but operations is the only one who can make containers.

The growing popularity of Kubernetes is undeniable. Luckily, with these 10 capabilities, Siamak has laid out a great path for us all to follow as they continue to not only make their way into the DevOps pipeline, but in many ways enable it.

Discussion around Kubernetes security challenges and best practices for DevOps. You will learn how to: stay on top of ongoing Kubernetes hygiene by hardening your nodes, employing RBAC best practices; secure your production workloads; thwart an attack, with a live demo

This video on "What is Kubernetes | Kubernetes Tutorial For Beginners" will give you an introduction to one of the most popular Devops tool in the market - Kubernetes, and its importance in today's IT processes. This tutorial is ideal for beginners who want to get started with Kubernetes & DevOps

Building and Managing Kubernetes with Kubernetes: Kubernetes as a declarative and portable system can be used to do many things in different ways.