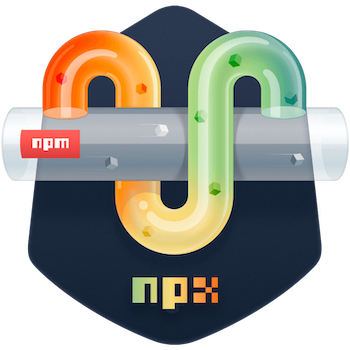 Recently when I started getting into React I saw a lot of people (including myself) getting confused when seeing npx instead of the very well known npm. ![This is image...

Recently when I started getting into React I saw a lot of people (including myself) getting confused when seeing npx instead of the very well known npm.

Some of us found it weird but didn’t give much thought, others thought it was a typo and even went into the trouble of “fixing” it by running npm instead of npx.

When I see something happening more than once, I consider it as being worth to be explained. That’s why this article, to all who had the same misunderstanding as me. what is the NPM? As we might already know, npm is a package manager for Node.js whose goal is automated dependency and package management.

It means that we can specify all our dependencies (packages) for a project in the package.json file and whenever someone has to install the dependencies for it, they should just run npm install and voila!

It also provides versioning i.e. it makes it possible to specify which versions of the dependencies our project depends upon, so we can, for the most part, prevent updates from breaking our project or use our preferred version. what is NPX? What npx does is the following: By default, it first checks if the package that is to be executed exists in the path (i.e. in our project); If it does, it executes it; Else, means that the package has not been installed, so npx installs its latest version and then executes it; This behavior, that is explained above, is the default one of npx, but it has flags that can be used to prevent it.

For example, if we run npx some-package --no-install means that we're telling npx that it should only try to execute the package named some-package, without installing it if it has not been installed before.

Example Let's say we have a package named some-package and we want to execute it. Well, without npx, to execute a package we would have to do it by running it from its local path, like this:

npm vs npx — What’s the Difference?

npm vs npx — What’s the Difference? In this article, we’re going to have a look at the differences between the npm and npx and learn how to get the best from both. npm (node package manager) is the dependency/package manager you get out of the box when you install Node.js. npx is also a CLI tool whose purpose is to make it easy to install and manage dependencies hosted in the npm registry.

Javascript Object keys: How to Get Object Keys in JavaScript

Javascript Object keys() is an inbuilt function that returns an array of the given object's property names in the same order.

A quick explanation of the difference between npm and npx. Are there any benefits of using npx instead of npm? I know you were trying to find the answer for the above questions and at the end, you landed up on this page. I will try to answer these questions for you. And at the end of the article, I am sure that you will get the answer to your questions. I hope you will find this post useful.