The Web3 revolution has already begun. Everyone in the computer industry is raving about what a miracle Web3 will be and why we should all board the train right away, regardless of where you turn. While there are critics and others who think that this so-called internet evolution isn't quite ready, supporters are pushing ahead and making sure that Web3 is implemented.

It is only reasonable to anticipate that Web3, which bills itself as an internet evolution, will be a step up from what we currently use. In the end, having an innovation is useless if it can't outperform our current practices.

Web3 needs to be supported by some pillars in order to operate. Many supporters have asserted that the development of Web3 will be aided by blockchain technology, which underpins things like cryptocurrencies and decentralised finance (DeFi).

Therefore, the question of what blockchain will do for Web3 still stands. How does a technology that was originally developed to remove cryptocurrency transaction records develop into the foundation of the internet of the future? You probably consider what Web3 actually is when you first hear of it. After all, it's challenging to predict how blockchain will contribute to the notion if you don't really understand what it is.

Web3 is essentially the next iteration of internet technology and device computing. The Internet of Things (IoT) and concepts like machine learning, artificial intelligence, and innovation are combined to create benefits like more processing power and improved technological learning.

The development of the internet as we know it, or what many refer to as Web2, led to a rise in online contact. Web2 allowed us to increase the functionality of web sites rather than dealing with a single web page that had little design. The rapid development of social media platforms led to improved interpersonal communication as well as the emergence of services like ride-hailing and content streaming, among other things.

Although Web2 was and continues to be groundbreaking in many ways, it also has a significant flaw: the centralised control of information and power. Even on a calm day, big tech platforms today manage more data than whole governments. About 92 percent of all mobile search traffic is under Google's control. Most social contacts are now dominated by Facebook and Twitter. For the sake of data security and anonymity, this data concentration can be risky.

Many people would want to keep control of their data, and developing technologies promise to allow them to do so.

Blockchain technology, on the other hand, has also been hailed as a technological notion of the future, which is why many have emphasised its significance to Web3 and the potential future of the internet.

The internet we use now functions like a single computer. Centralization is the process of storing all the data on the internet in a single location. Large tech platforms can handle their data with the aid of servers located in farms spread across many cities or reliable organisations.

On these servers, firewalls and system administrators are crucial for securing this data. However, in certain situations, certain centralised bodies are given authority over this data. The world has shown us that centralised authorities may not always be the best to trust with important matters. Why not allow for decentralised control?

Experts predict that the introduction of an open, autonomous, and intelligent internet will serve as the new web model's fundamental building block. Decentralizing data and preventing attacks on a single source are the main goals of Web3. To know more about Web3 Development Company, get in touch with Suffescom Solutions Inc.

Machine learning will be crucial to the growth of this upcoming internet iteration, as Web3's most important feature has demonstrated. The next generation of the internet is anticipated to operate on the principles of decentralised protocols in addition to the inclusion of machine learning and the Internet of Things.

It follows then that we must discover a suitable confluence of blockchain in Web3 networks that can be interoperable and still allow the rise of automation. With the help of smart contracts, blockchain will be able to link to one another and create a genuinely decentralised and censorship-resistant environment for data storage and file access.

Decentralization seems to be the answer to this issue, with anonymity being a crucial component of modern internet operations and an area where many tech experts would like to see improvements. Additionally, blockchain technology is necessary for decentralisation to be possible. Once you get in touch with Blockchainappsdeveloper you can be rest assured to get rid of the complete technical requirement and all the rush pertaining to the implementation and maintenance of the cryptocurrency exchange. Our skilled experts have a high level of accuracy in developing and checking all the crypto trading essential components.

Our blockchain development team is skilled enough to leverage Hyperledger technology to build a secure corporate blockchain for your business and keep multi-party engagements immutable and tamperproof.

If you need more specific functionality tailored to your business requirements and needs, we will consider all the ket aspects of the crypto industry, conduct thorough right business analysis, and build a custom-fit blockchain software solution.

WHY BLOCKCHAINAPPSDEVELOPER FOR BLOCKCHAIN SOFTWARE DEVELOPMENT?

BlockchainAppsDeveloper addresses excellent client experience as our top priority. We achieve it through the clear and timely communication, transparency in managing clients’ expectations, a highly orchestrated platform development process, and a pro-active and consistent blockchain team. 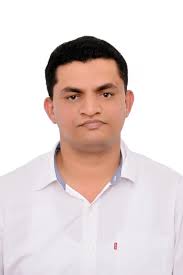 As a top blockchain development company in India, we are helping startups and businesses around the globe into business-benefiting decentralized ecosystem solutions. We have built next-gen globally accessible cryptocurrency wallet, Ethereum application, supply chain app, and much more with cutting-edge technology.

Hire our blockchain tech-domain experts to get unbeatable secure and decentralized system solutions at a low cost.

Looking to Hire Blockchain App Developers? Get in touch with us!

Do you need Blockchain developers for hire?

Every organization needs a solution that will improve their sales processes, bring efficiency, transparency, and speed in business transactions conducted internally. That’s why companies around the world hire blockchain developers that can build solutions based on blockchain technology such as ledger transaction app, digital cash systems, or ICO applications, etc.

We offer dedicated blockchain developer for hire, to work exclusively for you remotely. Small-Mid size businesses, agencies, and start-ups choose HourlyDeveloper.io for local and offshore Blockchain resources. Our Blockchain Development resources are ready to start working with you in a short time.

Everyone must have heard the news of crypto being the hype nowadays and due to that most people are wondering what is this blockchain technology that crypto works on. Blockchain Technology can be used in multiple spaces where large and secured data management is necessary.

Want to use Blockchain Technology for your Business?

Being an early mover in offering Blockchain Technology Solutions WebClues Infotech is leading the innovations by helping businesses leverage the latest technological innovations to their advantage. With a dedicated team of Blockchain Developers, we are the topmost solution provider in the industry

Want to know more about our Blockchain Solutions?