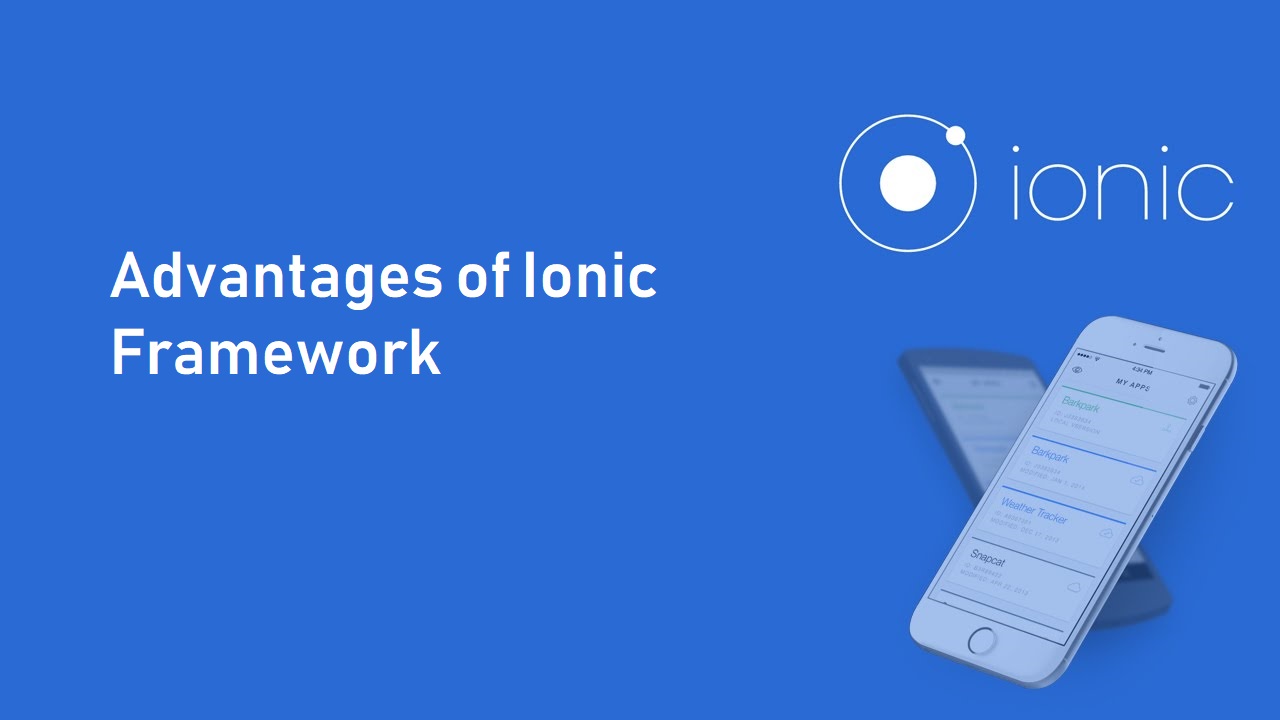 The mobile application development industry is becoming advanced constantly and to enhance the user experience technologies are upgraded. Mobile apps are playing a vital role in the business world, and every industry prefers to work smartly which...

The mobile application development industry is becoming advanced constantly and to enhance the user experience technologies are upgraded. Mobile apps are playing a vital role in the business world, and every industry prefers to work smartly which includes the best result effortlessly.

The same formula applies here, organizations prefer to opt for the one source code that can be integrated with the web and multiple operating systems. To fulfill this requirement Hybrid app development is in trend and developers opted this trend for the faster and easier process.

According to the Ionic Framework Survey Report,

“Over 10,000 members of the community shared their stories about the tools and technologies they use to develop apps, and what types of apps they’re building.”

“Many developers felt like it was impossible to keep up with the constant barrage of new frameworks, techniques, and ideas. Fast-forward to 2018, things have settled down a bit. Three top contenders have emerged: Angular, React, and Vue.”

Most of the developers and entities prefer to opt for the Ionic framework for the app development as it is based on the cross-platform feature. With the code deployment, developers can launch the app across three platforms including Android, iOS, and website.

This feature helps to save time and cost both as developers don’t have to develop the code for three different platforms individually. One source code can be deployed on various platforms and launch the app.

The Ionic platform is based on the open-source feature which helps this framework to enhance on a timely basis. With the latest innovations, developers from all over the world put effort to make it best from the last version.

The ionic app development framework is easy to adopt as it supports the common programming languages of coding. It is based on the coding languages, which developers are familiar with CSS, HTML or JavaScript.

Mostly Hybrid app faces the UI challenge, the apps based on Hybrid are not appealing and attractive but here Ionic app development mainly focuses only on the UI Interaction. With the Ionic app development framework, developers can customize the theme and components by modifying several attributes like Colour theme, menu, button, etc.

The Ionic app development framework is a popular framework. It is helpful to develop the website and mobile application both. This framework offers a structured form of development strategy and offers various advantages to the developers. Along with high performance.

Conclusion These advantages of Ionic app development attract developers to this framework. It is the smart and best choice for developers, who want to develop the hybrid app as it doesn’t compromise with any attribute, offers various features to the developers, and additionally focus on UI feature which sorts the issue of hybrid development.

Looking for a dedicated team or individual developer for your app idea? Android is the most-used OS in smartphones. It has the capability to reach a wider audience base. So, **[Hire Android App...