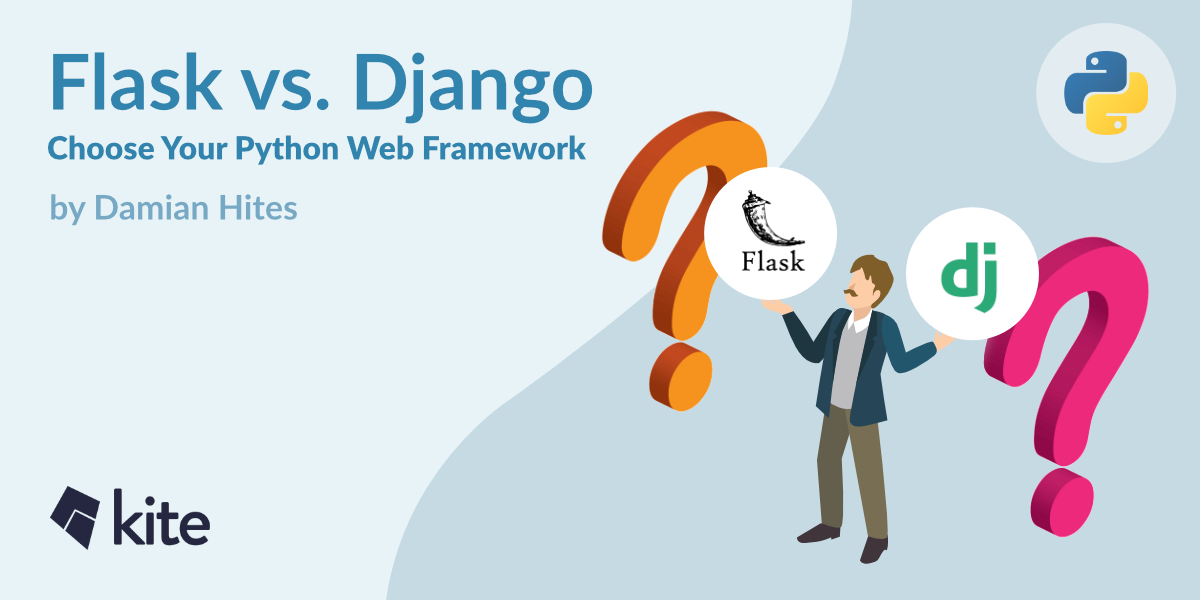 According to the&nbsp;<a href="https://www.jetbrains.com/research/python-developers-survey-2018/" target="_blank">2018 Python Developers Survey</a>, Flask and Django are, by far, the most popular web frameworks for Python developers. You’ll hardly go wrong with either framework if you’re deciding which one to use for a new web application. While it’s up to you to figure out which one works best for what you’re trying to accomplish, there’s a few major differences you should be aware of when making the decision. Regardless of which framework you end up using, both are very well documented and widely used, so they have ample active and supportive communities. So, without further ado, let’s take a look at what each framework offers and highlight some of their differences and similarities.

According to the 2018 Python Developers Survey, Flask and Django are, by far, the most popular web frameworks for Python developers. You’ll hardly go wrong with either framework if you’re deciding which one to use for a new web application. While it’s up to you to figure out which one works best for what you’re trying to accomplish, there’s a few major differences you should be aware of when making the decision. Regardless of which framework you end up using, both are very well documented and widely used, so they have ample active and supportive communities. So, without further ado, let’s take a look at what each framework offers and highlight some of their differences and similarities.

Flask and Django are mature, extensible web frameworks that, at their core, offer similar functionality in handling requests and serving up documents, but differ in their scope of responsibility. Most of the differences between the 2 frameworks stem from this different approach although some also stem from some different core design decisions. Here is a short list of key differences that might impact your decision:

Read more on the Kite blog! 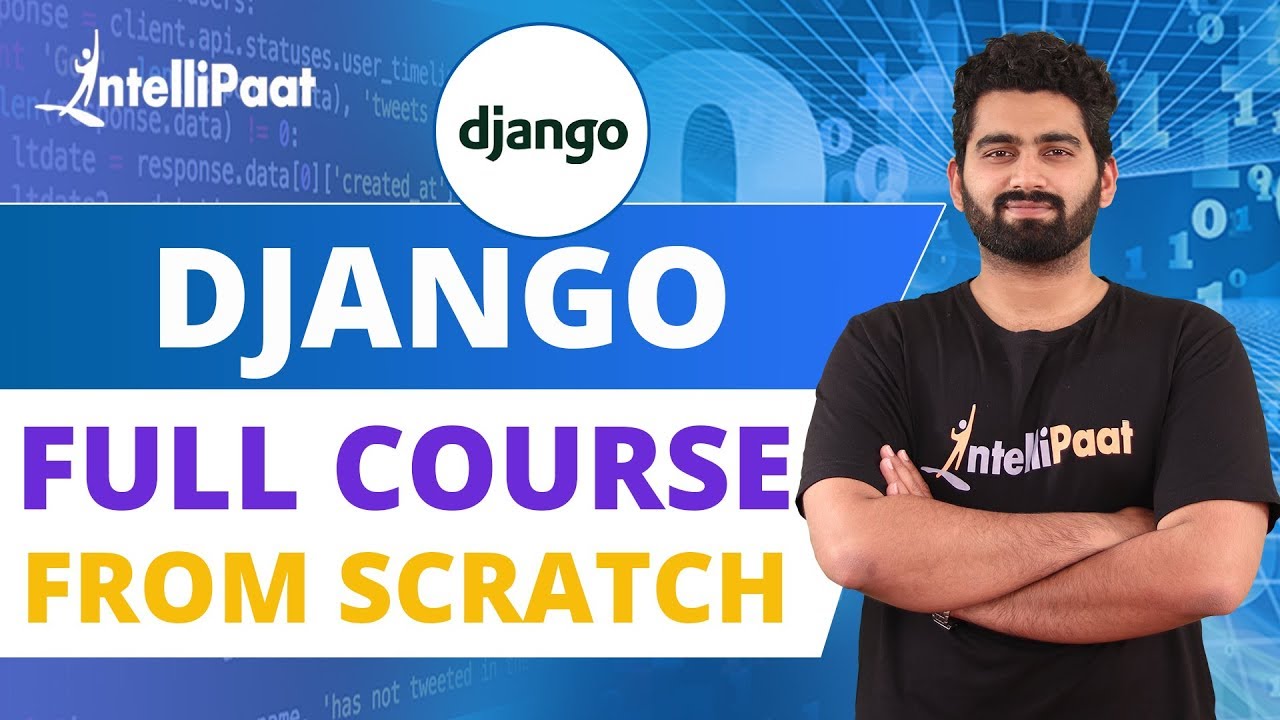 Django vs. Flask: Which Python Web Framework to Choose? 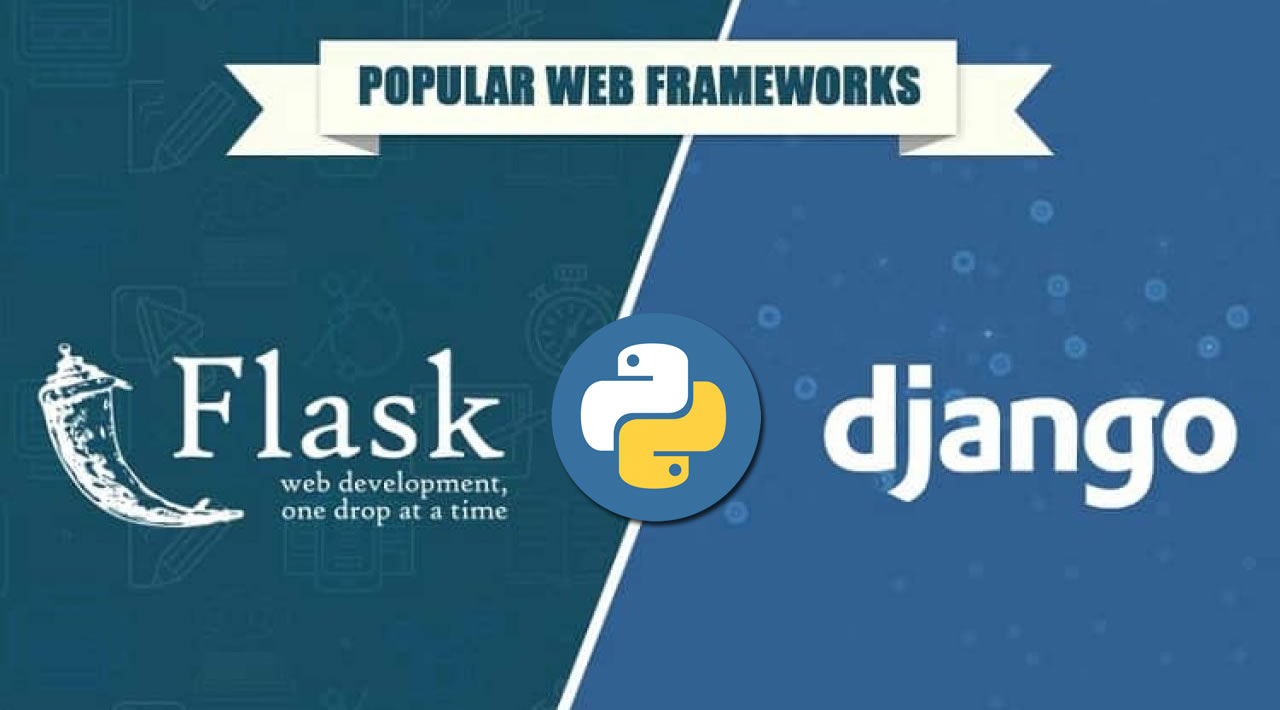 When it comes to web development in Python, Django isn’t the only game in town. Flask is a scrappy young framework that takes a very different approach – whereas Django ships with tons of features ready and eager to be used, Flask provides a bare minimum feature-set with rock-solid extensibility and incredible flexibility. This talk, given by a web developer who has experience with both frameworks, takes a good look at the pros and cons for both Flask and Django. If you’ve ever felt that Django is too hard to learn, or too inflexible, this is the talk for you! 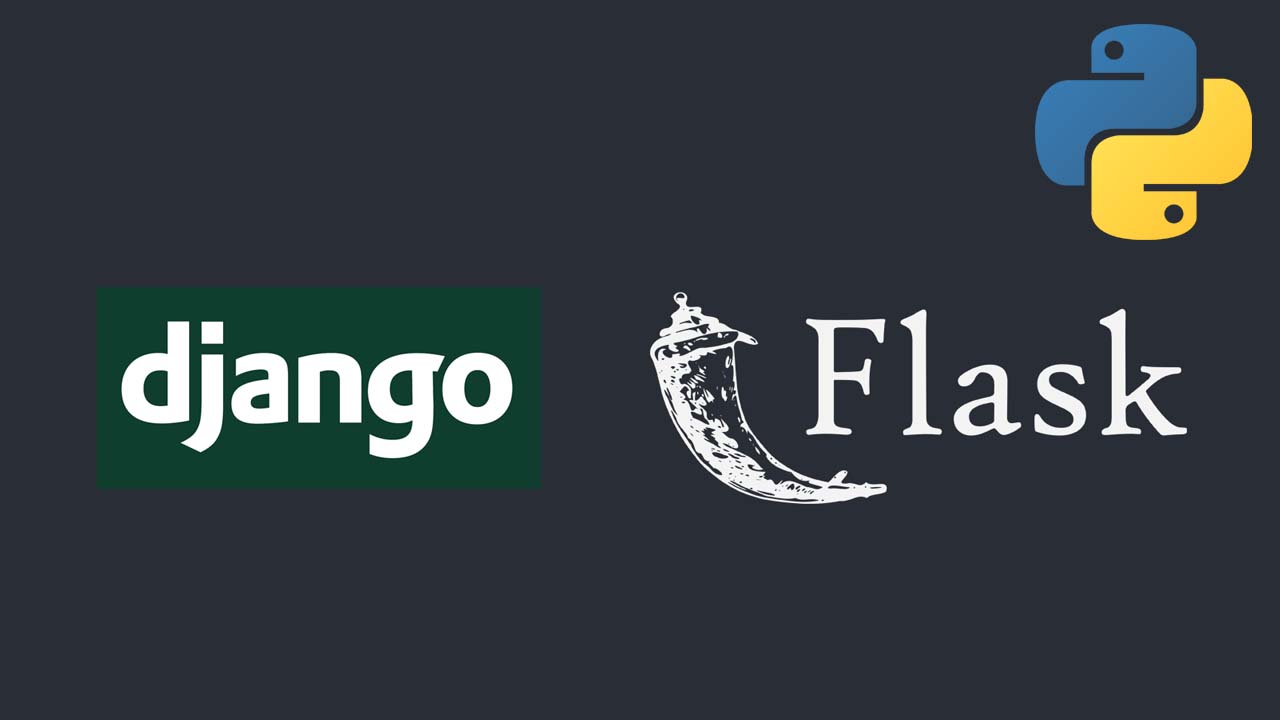 A deeper understanding of the basics is necessary to get started with Flask and Django frameworks. The differences and benefits attached to each framework lie in what kind of project you wish to implement. The main contrasts include:Flask and Django

Are you looking into developing a website with Python? Then you’ve probably heard of Django and Flask. These two are the most popular web frameworks for Python (of course there are many more). The question now is which one do you use?

This post intends to provide a simple introduction to how both frameworks work, their similarities and differences, and some points you should consider when choosing between them.

The primary applications based on Python were created using the command-line interface, run on either command prompt or shell scripts. Of course, people wanted to do more with Python than just automate tasks and manage workflows. They soon needed web frameworks.

Django is a Python web framework suited for perfectionists with a time limit. Django offers a full-featured Model-View-Controller framework. Its development is based on a “batteries-included methodology,” which enables the developer to create websites without third-party libraries and tools. With the first release on July 15th, 2005, Django is developed and managed by the Django Software Foundation (DSF). It is free and open-source with more version releases.

Flask is a Python micro-framework based on doing one thing at a time and doing it well. With the first release on April 1st, 2010, Flask is developed by Armin Ronacher, an Austrian developer. As described in its documentation forward, the micro in micro-framework implies that Flask aims to maintain its lightweight simplicity and still extensible usage. The true power of Flask is its ability to be flexible.

Below is an in-depth comparison of Django and Flask, using factors like:

Popularity: Usage and Use Cases

Several top websites use Django and Flask. Statistics from GitHub and other sites show Django is more popular than Flask. This popularity is only down to developers’ use of Django’s robust features to build and deploy complicated web applications rapidly. Similarly, developers use Flask to speed up the development of websites that use fixed content. Some well-known projects powered by Django (Bitbucket, Eventbrite, Instagram, Pinterest, and more) and Flask (LinkedIn, Netflix, Twilio, Uber) use these frameworks actively.

One of the biggest differences between the two frameworks is flexibility.

Django’s batteries-included concept aids developers in creating a variety of web apps without third-party libraries and tools. However, Django lacks the options to effect changes to provided modules. Hence, developers create web applications using built-in features. This means if a developer wants to use a different library for a function that Django already provides, it won’t be easy.

Conversely, Flask uses its extensible web framework to enable the flexible development of web applications using various web development libraries and tools. This allows more experienced developers the freedom to plug and play with the libraries and databases they are comfortable with.

You’re not stuck with what the framework forces you to use. Instead, you can pivot into technical components you’re comfortable with.

The pip command above installs Flask with its essential packages. Running codes on Flask is quite simple (for instance, displaying “Hi Welcome”). All it requires is creating an instance of the Flask class, followed by a route that displays the “Hi Welcome” string.

Django’s documentation is much more extensive than Flask’s, which is to be expected due to its complexity. Django can be installed quickly using pip as well.

Running code in Django involves the use of an in-built command to create a project, and another command for app creation. Its start-up commands are convenient since it engages a ready-to-use directory structure.

Essential to any web application or website is the Routing system, which creates URLs and determines what displays when the URL is loaded.

Flask employs a simple, lightweight web framework with routing done by a route() decorator. Using the “Hello World” sample above, the first line is a decorator. Decorators are the function that takes a callable (a class) as a parameter, followed by modification before returning it. The string used also tells Flask what URL triggers its function. For example, use /(http://127.0.0.1:5000/), which loads the very first page when Flask is accessed using your browser.

For Django, it applies a batteries-included approach, which makes it easier for developers to accomplish basic web development tasks like database schema migration, URL routing, and user authentication. Custom web application also experiences process acceleration in Django as it offers a bootstrapping tool, built-in template engine, and ORM system. Routing is handled using the urls.py file, which is created when running the in-built djangoadmin startproject command. To define a route entails importing the URL method from Django and creating an instance, specifying each parameter (keyword arguments, existing URLs module, and regex string). The in-built Django URL for the admin site comes by default in the urls.py file. It tells Django where you’re loading the URL from and the specified module.

Django uses an admin system that follows the Object Relational Mapper (ORM) directory structure and a database system. It adds to the all-inclusive experience when it comes to developing with Django as multiple projects have the same directory structure.

Flask lacks these features and may require you to install custom modules to use an ORM as optional to the developer. These options include usage with MongoDB, SQLAlchemy, SQLite, and more. As you can see, this is a tradeoff between flexibility and ease of use. Where Django comes with most of the technical components required to build a website. Flask is more purely only the framework, allowing the end user to make more decisions.

Django frameworks are known to offer fast speed of development for complex web applications. Since it offers full features, it provides all the necessary tools for implementation.

Flask’s simplicity permits experienced developers to complete smaller applications within short timeframes. A significant advantage of the Django framework is the availability of an active community intended to help with solutions to scale your app or make your job easier with useful content. The Flask community is currently not as big, so finding useful information is not as easy.

All web applications have a front-end (user interface) that supports user interaction. Since web apps are not static, they take different approaches to generate HTML dynamically. Django and Flask offer exciting templates engines.

Flask is developed using the Jinja2 template engine. It is a modern and design-friendly template, which allows developers to simulate dynamic web applications with the assistance of an integrated sandboxed environment. Jinja2 templates contain variables as well as tags. Another key characteristic of Flask templates is template inheritance. Below are examples of some commonly used Jinja2 syntax:

A deeper understanding of the basics is necessary to get started with Flask and Django frameworks. The differences and benefits attached to each framework lie in what kind of project you wish to implement. The main contrasts include:

Flask offers flexibility, simplicity, and fine-grained control. Flask is un-opinionated, letting you decide how you wish to get apps implemented.

We hope this helps you make a clear decision on the framework you pick.

Good luck with your future projects!