How to use CSS in JS with React / CSS & Inline Styling 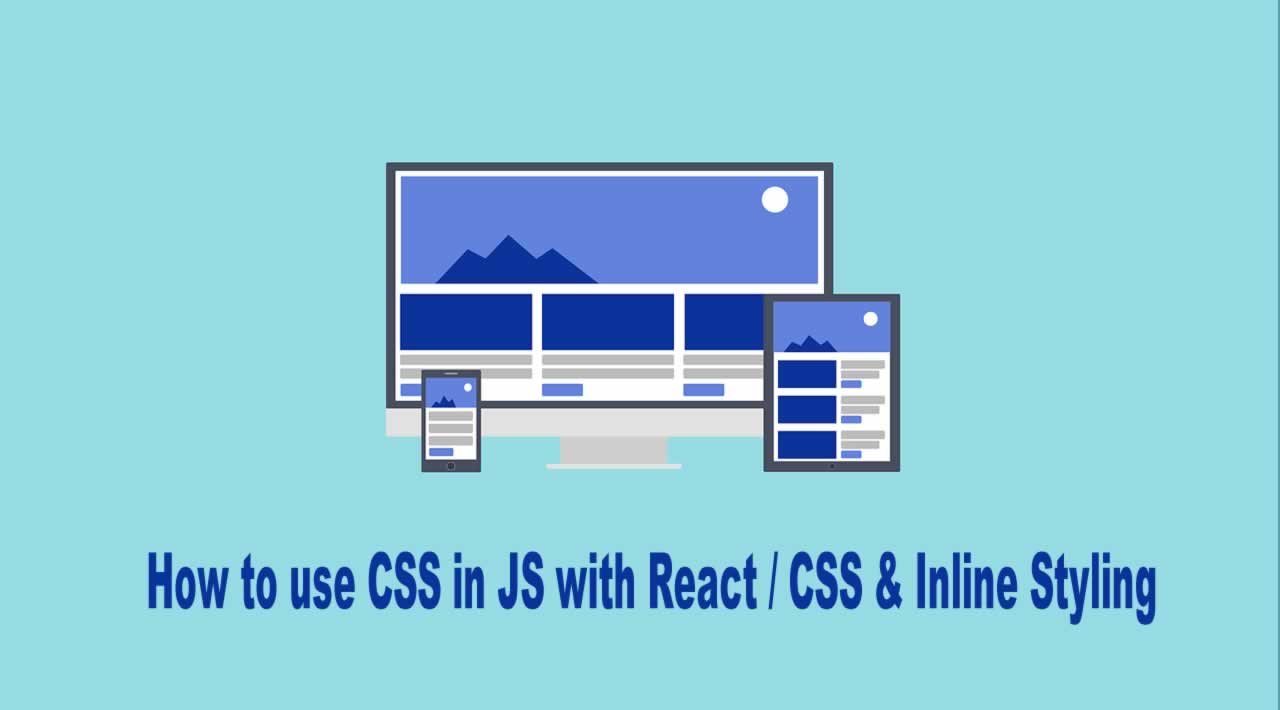 In this tutorial, you will learn how to style your components in react. I will take a look at how you can use inline styles, regular CSS classes, CSS modules or react styled components...

CSS in JS isn't unique to React, however, I'm a little React fanboy and it happens to be one of my favorite JS libraries to write front end applications with, so I'm going to be talking about CSS in JS solutions specifically with React and how I feel about them!

Before we dive into anything I think we should take a look at what we can accomplish with some good ol' CSS in the context of a React application.

So this looks fairly normal, right? It looks like some regular HTML and CSS besides the className. If you're not familiar with React class === className because class is a reserved word in JS, and since JSX is HTML with embedded JS this is a nono.

Issues I have run into using CSS with React

Before we start here I need to state that I am definitely not an expert or guru of CSS. I can kick my feet around with it and make responsive rules that look alright. I can't name any crazy CSS tricks or create an animated Pikachu in pure CSS.

Because of this, I'm not going to even pretend to talk about all the pitfalls with CSS or any new features with CSS that aim to fix these pitfalls, so I'm going to drop this excellent resource from 2014. I'll let you decide if it still holds up! ;)

Are you saying I'll be able to use BEM?

When the time comes, you won't have to. If you took a look at that link I put up above, you'll notice that global namespaces are the first issue it covers with CSS. However, we've all felt this tremor, which is why naming conventions like BEM exist.

.button and .button-green from our CSS example is already 2 global namespaces we introduced.

As an application grows, I've found that the CSS rules are written also grows continuously. Creating unnecessary duplicate styles with small tweaks and unused styles bulking up the application. While there are configs out there to make sure unused CSS isn't included in your bundle, they don't vanish from your codebase and that sucks.

While you can structure your react app so that your component styles exist in the same directory as your component, there's nothing in your component file strictly tying it together. Instead, you're referencing the rules you've specified for your selectors. Despite the file structure, those styles can be referenced elsewhere; It's just another thing to think about.

When using just CSS you're more or less stuck controlling all your styling changes based on changing the class of an element. While this seemed maybe more natural with something like Vanilla Javascript or JQuery, it always felt hacky to me when using React. You have this direct access to your view all in separated components yet we're throwing all this logic to reference different combinations of CSS classes.

Another way to style your React app without any modules is inline styling. Now, pay no attention to the person in the back yelling about how bad inline styling can be, because that's actually me in disguise. We were all taught that inline styles in HTML are bad and class-based styles were rad. However, this is JSX.

This doesn't look so bad right?

You may notice that the CSS rules here don't quite look the same. Instead of seeing Kebab Case we are using Camel Case for our rules. They are mapped out in a Javascript Object with their values wrapped in quotations as a string

In our inline styling example, buttonGreen is local to that file, so we can have as many buttonGreen vars as we want across the application without running into any conflicts or following any specific naming conventions!

With these styles being locally defined, you can't use these styles unless you go through the effort to exporting and importing them; Ideally, there are enough steps to stop the bad things from happening.

I think it also promotes developers to use React in a more intended way to create generic components that can be reused.

Now, this is a super simple example but we can see that we have given our Button specific control over the colours through some props that's passed into the component. I like this approach because it's self-documenting and it keeps all the logic in the component; I know exactly what the prop in the component is controlling and the usage of the component is very clear that it's setting the backgroundColour to blue and the colour to white.

I'm not a fan of this syntax for styling. It's enough of a departure that can cause enough tedious work converting CSS into Javascript objects replacing ; with ,, wrapping rules in "", and casing the keys into camel case. It's also scary enough for your designers that this approach can get shut down at the sight of it.

At the end of the day, this is still inline styling and your HTML will still end up with those ugly style attributes.

Would I personally use Inline Styling in React?

But that's not the end for dear old CSS in JS! There are some pretty cool packages out there that do cool stuff and try to solve all kinds of issues regarding readability, scalability, and performance with CSS in JS.

In this series, I'm going to try and look at a diverse pool of these solutions whether they are highly rated or buried underneath.

As of writing this, I have used Styled Components, Emotion, and JSS. If you think one is really cool feel free to drop a comment about it!

Countdown with HTML, CSS, and JavaScript / How to create JavaScript Countdown

Learn how to create a mini CSS Button generator just by using HTML, CSS, and JavaScript. We will only cover some properties related to the button but you can use other properties to allow users to play around with different styles and designs.