Four Trends to Shape the Game Development Industry in 2021 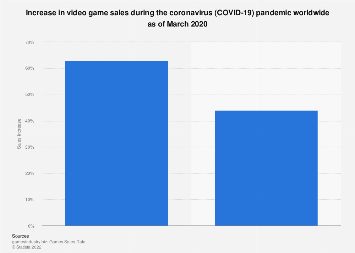 The COVID-19 pandemic that spread across the world at the beginning of 2020 was not only a big threat to public health, but also to the entire entertainment industry.

The gaming industry was among the lucky ones to come out of 2020 relatively unscathed. In fact, one might say it has gained a boost to its already impressive momentum. While some of these effects will wear off quickly, others might turn into opportunities in the long term. What follows is an overview of trends that video game developers should be aware of to achieve success.

The outbreak of COVID-19 and the following lockdown certainly served as a major boost to the gaming industry – at least in terms of sales. According to the report on Statista, video game sales grew by 63% after the lockdown, with a 44% like-for-like increase. And this is not a passing trend, too – as with many other digital products that enjoyed a spike in popularity during 2020, consumers have since come to appreciate their value.

The changes in behavior introduced during the period of social distancing will trickle down into our daily routine after the pandemic is over. At the same time, we will probably see more people opting for interactive entertainment instead of watching videos – that is exactly what trend companies like Netflix have long been concerned about. In other words, both user engagement and revenues will keep growing after the pandemic is gone.

Cloud Gaming One of the most promising directions in the gaming scene, namely cloud gaming, has finally taken a firm hold in the market in 2020. Many major digital service providers have rolled out their versions of a remote gaming platform, including Microsoft, Google, and Amazon. The current line-up features entries like:

While the concept itself is not new, the technology went in full swing only recently, when Internet bandwidth became sufficient for smooth performance. At the same time, some services have perfected their algorithms to work well with slow Internet speeds – Shadow, for instance, promises low latency even with a 15 Mbps connection.

These opportunities have been already embraced by both gamers and developers. While the former enjoy high performance at a reasonable price, the latter utilize it for marketing (by showing games to the public) and development (by arranging the QA on a virtual platform). The recent Cyberpunk 2077 case has shown how crucial the performance is for meeting your audience’s expectations. In this light, cloud gaming holds an enormous potential for both sides of video game development.

Gaming-as-a-Platform As soon as the games made their way into the online domain, businesses started exploring the possibility of extending their presence into the virtual world. For some time, this was viewed as an oddity that had little impact, or acceptance, for that matter. Now, with industries switching to remote mode around the globe, the idea suddenly got traction. While a meeting over Zoom is technically enough for hosting a virtual event, it still feels too abstract and does not provide the desired level of immersion. Meanwhile, video games have reached the level of graphics fidelity when they can provide a rather convincing semblance of the real world. This became especially apparent during the COVID-19 countermeasures, with many organizations viewing the gaming landscape as an environment for non-gaming activities. The trend is perhaps best illustrated by Viviane Schwarz's brilliant idea of arranging meetings with workmates in Red Dead Redemption 2. It turned out that game characters and ambiance offered a much more believable and less awkward experience than traditional video conferencing.

For video game developers, this means two things. On the one hand, it is an opportunity to introduce a non-gaming audience to their products and expand the user base. On the other hand, they might want to make their games more convenient for such activities, as more companies will be on the lookout for entering this space.

VR and the Interfacing Revolution Virtual reality has had a massive effect on video games in recent years, offering an unprecedented level of immersion. However, it has also introduced a new challenge – that of controls. VR headset manufacturers have come up with several inventive devices that would feel convenient and functional. However, for developers, this means they now need to optimize their product for specific hardware.

One possible solution is the brain-computer interface – essentially the technology for controlling the software with thoughts. The advantages of this method are evident – instead of trying to find the right button without seeing the controller, you can direct your actions without making any physical movement at all. While the technology is still in its infancy, the talks about integrating the BCI with gaming have been ongoing for quite a while now. Yet, we might be on the verge of the breakthrough as shown by Awakening – a VR game by Neurable, in which you play as a child with superhuman abilities using your mind to interact with the environment.

Admittedly, there are many rough edges to address, the lack of precision being among the most notable ones. Still, with BCI penetrating the domain of commercial products, this is something a forward-thinking virtual reality games development company might want to look into.

Inclusion-Oriented Mindset One of the most prominent gaming events of 2020, the release of the much-awaited The Last of Us 2, was marred by controversy due to its representation of queer characters. Interestingly, the move itself was neither new nor particularly offensive. However, it does indicate that there are still enough people out there with a skewed perspective on what a video game character is allowed to look like.

In fact, this has more to do with underlying social issues than video games themselves. Yet, if we have learned anything from 2020, a lesson on toxicity and polarization should be among the takeaways. Video games are becoming an important part of our cultural landscape, which means greater responsibility for developers. In this light, addressing the issue of fanbase toxicity will join an already sizeable list of game development challenges.

Video games continue permeating the cultural and social landscape around the globe. The 2020 lockdown has boosted an already strong trend of non-gaming audiences exploring the potential of the industry. At the same time, some jarring issues have emerged that require urgent attention. Thus, it makes sense for video game developers to use these trends as the guidance to come up with forward-thinking solutions that capture new audiences and increase revenues.