Everything you need to know about Selenium 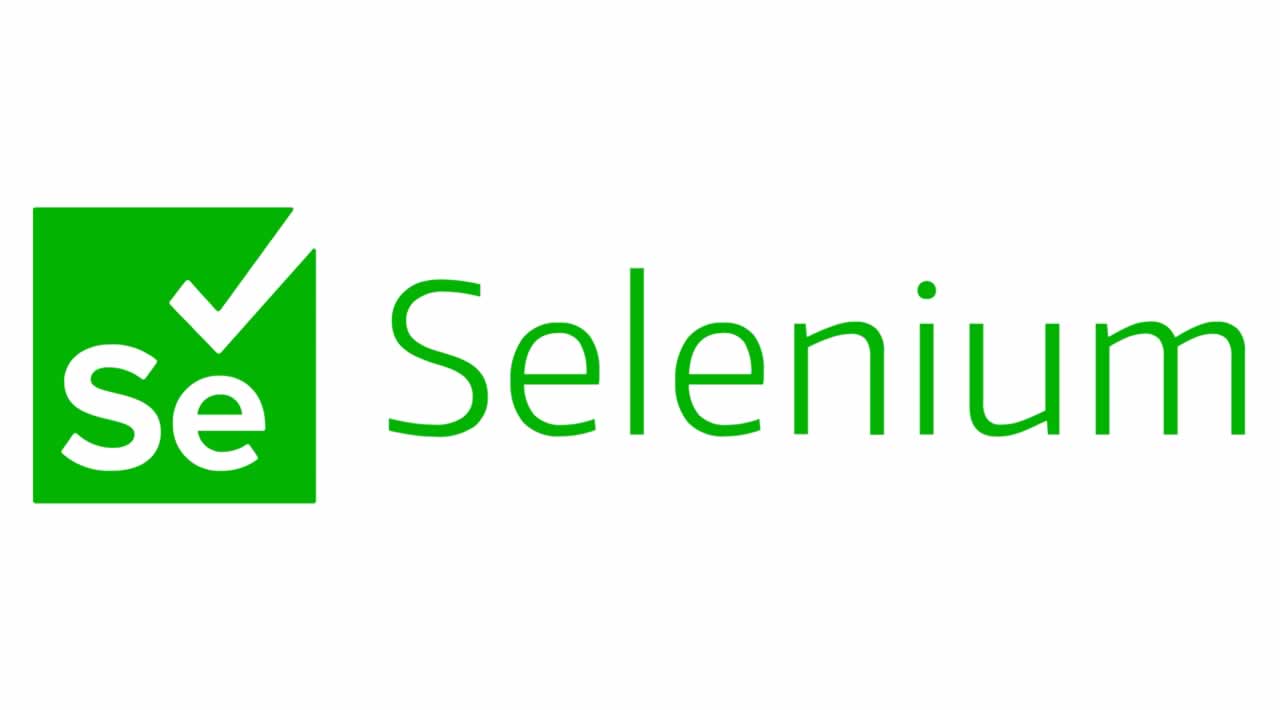 In this Selenium full course tutorial for beginners we will be learning about Selenium, its advent, compononents, advantages and limitations and lastly, its job roles and salaries. Selenium is a powerful tool and comprises of a suite of components viz. Selenium IDE, RC, WebDriver and Grid. Selenium is an automated testing tool that tests web applications across various platforms and browsers

Technology is advancing towards complete automation and with the advent of Selenium, this vision is being made possible. Selenium is an automated testing tool that tests web applications across various platforms and browsers. In this Selenium full course tutorial for beginners we will be learning about Selenium, its advent, compononents, advantages and limitations and lastly, its job roles and salaries. Selenium is a powerful tool and comprises of a suite of components viz. Selenium IDE, RC, WebDriver and Grid.

The video has brushed upon the topics in brief and explains the following concepts:

Selenium training has been designed to help developers and manual testers learn how to automate web applications with a robust framework, and integrate it within the DevOps processes of an organization. The course contains a lot of real-life examples and situations to demonstrate how to use Selenium WebDriver effectively. The training starts with a refresher course on core Java concepts and covers the basics of Test Automation and its importance in the industry. The course includes basic as well as advance concepts of WebDriver and other tools/frameworks like TestNG, Maven, AutoIT, Sikuli, log4j. Special focus is given on building a robust framework with Page Object Design Pattern, Data Driven Approach, and creating reusable components to improve productivity. The course also covers Selenium Grid, which along with TestNG helps achieve parallel execution to improve coverage and reduce execution time for faster feedback. Appium is an open source test automation framework for use with native, hybrid, and mobile web applications. The course includes a project where you have to create the test automation for an eCommerce application with a framework and reporting.

What are the objectives of this Selenium training course?
This course will enable you to:

Who should take this Selenium training course?
The course is ideal for : 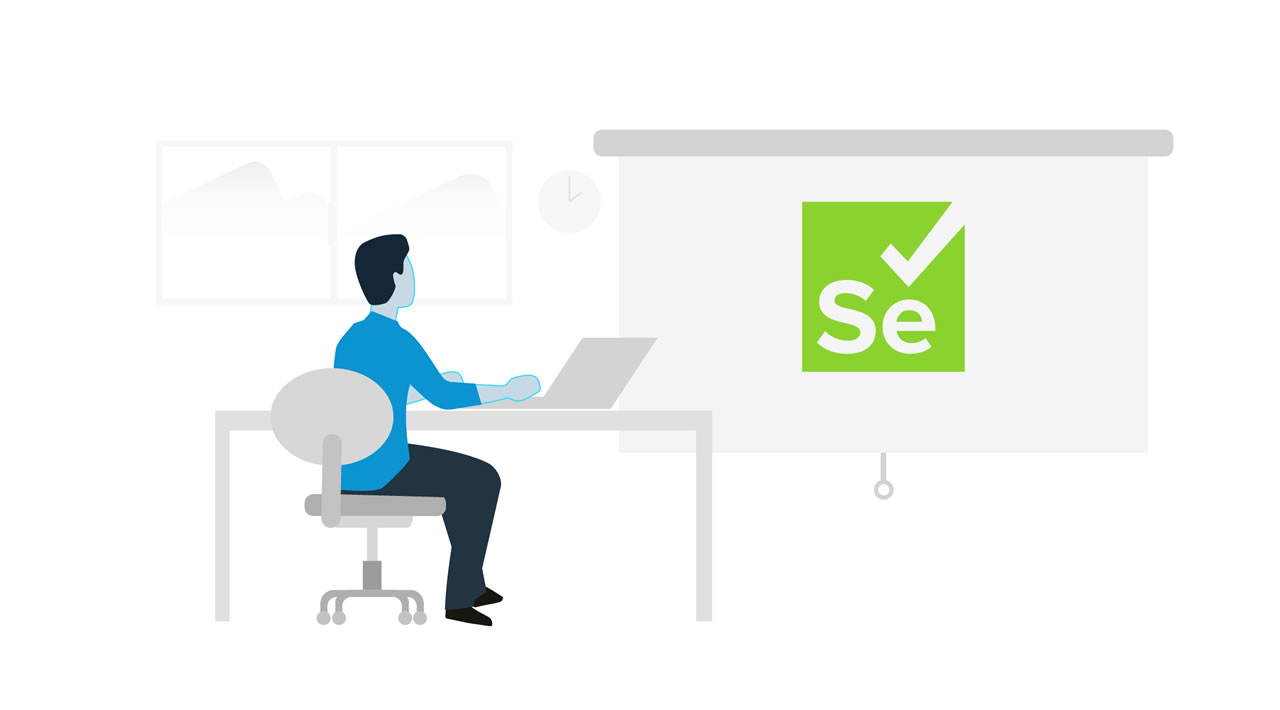 Learn about the world of Selenium IDE, the newer version which supports Firefox and Chrome browser 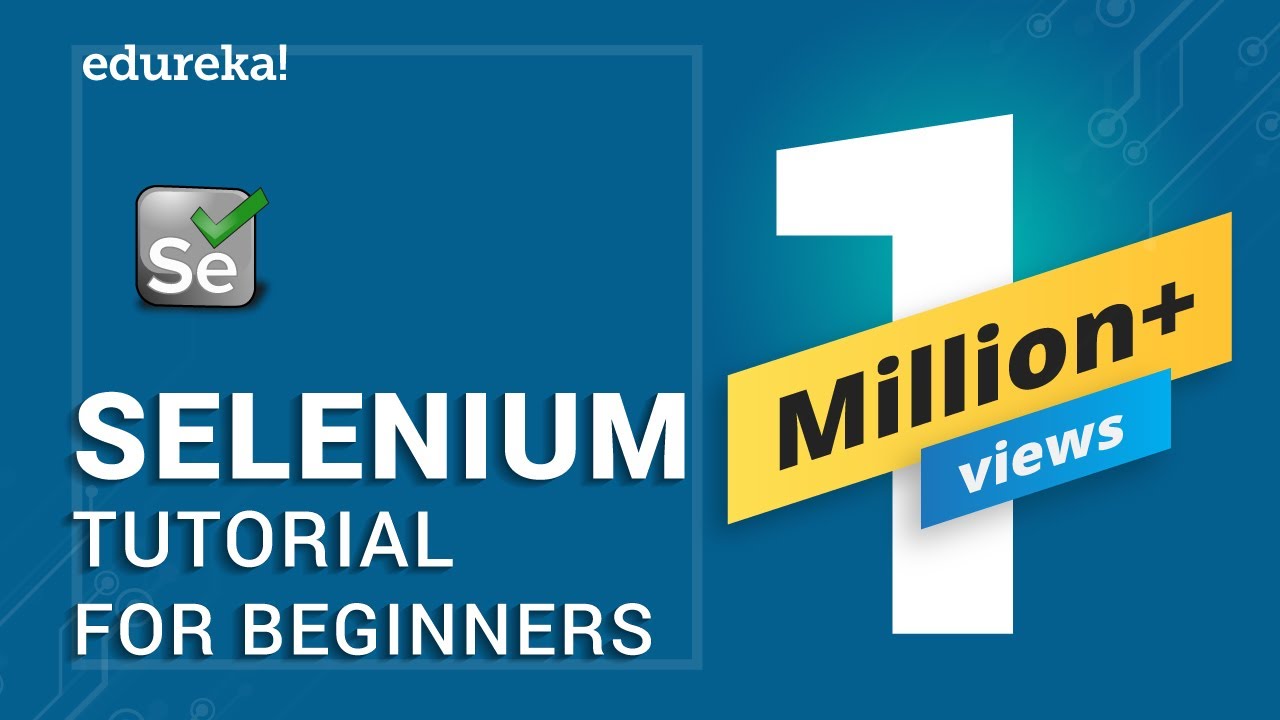 Go through the slides in Slideshare: https://www.slideshare.net/EdurekaIN/selenium-tutorial-for-beginners-what-is-selenium-selenium-automation-testing-tutorial-edureka

Getting started with Selenium Automation Testing 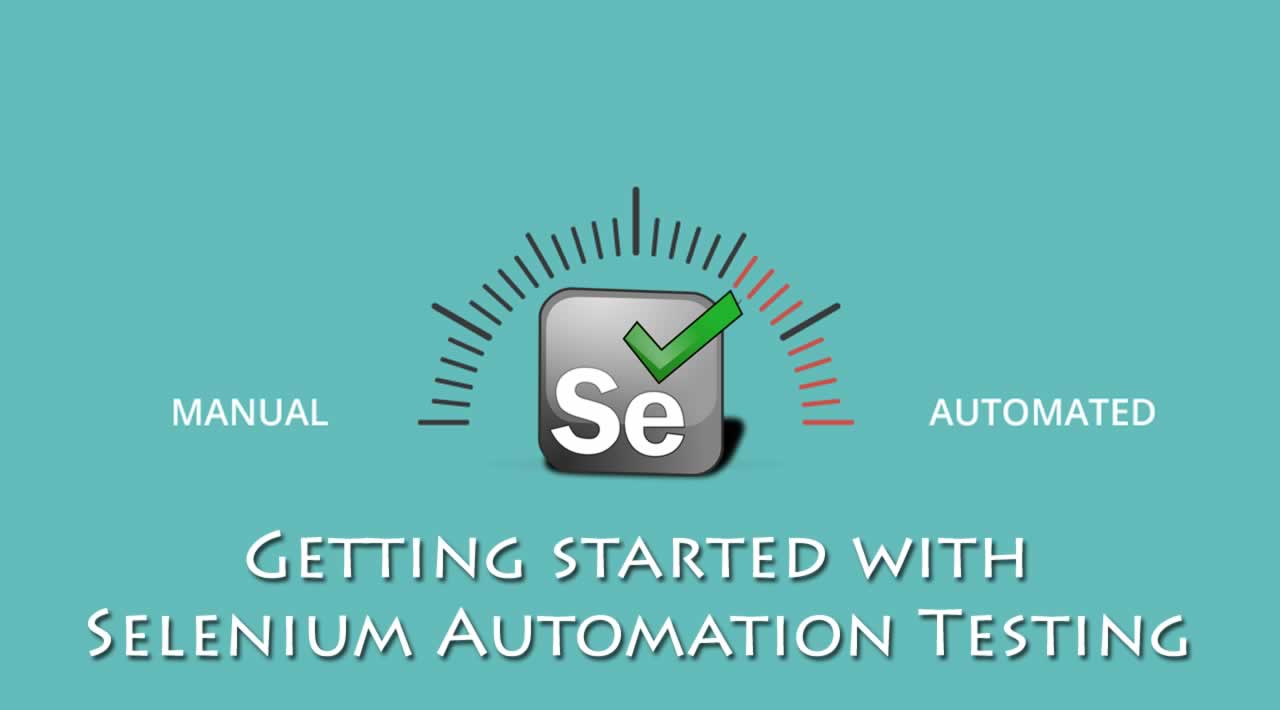 Selenium is an open source tool which is used for automating the tests carried out on web browsers (Web applications are tested using any web browser). Take a look at how you can get going with the most popular automation testing platform

Selenium is an open source tool which is used for automating the tests carried out on web browsers (Web applications are tested using any web browser). Take a look at how you can get going with the most popular automation testing platform

Selenium has become very popular among testers because of the various advantages it offers. When we talk about automation testing, the first thing that often comes to our mind is our favorite automation testing tool. Selenium won the hearts of many testers and developers with its simplicity, availability, and ease of use. With its advent in 2004, Selenium made the life of automation testers easier and is now a favorite tool for many automation testers.

Selenium was invented with the introduction of a basic tool named as “JavaScriptTestRunner,” by Jason Huggins at ThoughtWorks to test their internal Time and Expenses application. Now it has gained popularity among software testers and developers as an open source portable automation testing framework. It has the capability to automate browsers with specific browser bindings for automating web applications for testing purposes. It is a suite of four tools designed for different purposes. Let’s get to know Selenium in detail and the different tools that it offers.

Selenium has four major components with a different approach for automation testing which is popular as the Selenium suite of tools. Every software tester or developer choose tools out of it depending upon the testing requirement for the organization.

Selenium Core was the first tool in the suite of tools. However, it was deprecated as it had some issues related to cross-domain testing because of same origin policy. So, to overcome that, Selenium Remote Control (Selenium RC) was introduced after Selenium Core. RC turned out to be a solution to the cross-domain issue. RC has an HTTP proxy server which helps in tricking the browser into believing that both the Selenium Wore and web app which is being tested are from the same domain, removing the cross-domain issue.

Selenium RC is divided into two parts which help in overcoming the cross-domain issue:

But the major issue with RC was the time taken to execute a test. As the Selenium server communicates using HTTP requests, it was more time-consuming. Because of this limitation, RC also is now largely obsolete.

Selenium IDE, earlier known as Selenium recorder, is a tool used to record, edit, debug, and replay functional tests. Selenium IDE is implemented as an extension to the Chrome browser and an add-on in Firefox browser. With the Selenium IDE plugin, you can record and export tests in any of the supported programming languages like Ruby, Java, PHP, Javascript, and more.

Selenium Grid was used with RC to test multiple tests on remote machines. Now, as people find **WebDriver **works better than RC, Grid works with both WebDriver and RC.

Selenium WebDriver is an enhanced version of Selenium RC and the most used tool. It accepts commands via the client API and sends them to browsers. Simply put, Selenium WebDriver is a browser-specific driver which helps in accessing and launching the different browsers. It provides an interface to write and run automation scripts. Every browser has different drivers to run tests.

Why Use Selenium for Automation Testing?

Since we are now familiar with Selenium and its suite of tools, let’s find out the various benefits of Selenium which make it stand from the crowd as a tool for automation testing:

Here’s a quick comparison table of Selenium with other available tools:

Since **Selenium WebDriver **is the most used tool, we’ll be using it to execute some test cases. To understand the complete process on a very simple level, Selenium **WebDriver Architecture **consists of:

Selenium bindings/client libraries are created by developers to support multiple programming languages. For instance, if you want to use the browser driver in Python, use the Python bindings. You can download all the bindings on the official website.

JavaScript Object Notation is used as a data transfer protocol to send data from a server to a client on the web. With JSON, it is very easy to write and read data with data structures like Array and Object support. This wire protocol provides a transport mechanism and defines a RESTful web service using JSON over HTTP.

Each web browser has a specific browser driver for Selenium bindings. The browser driver accepts commands from the server and sends it to the browser without loss of any internal logic of browser functionalities. Browser drivers are also specific to programming languages like Ruby, C#, Java, and more for web automation.

Here are the steps when we run any test script using WebDriver:

Setting Up Selenium on Your Local Machine

Here is the sample automation script which can be run to automate the testing process on the local chrome browser. Since we are using IntelliJ as our code editor, so we’ll write the same in IntelliJ.

The major challenge in running Selenium on a local machine is the limited number of browsers in the local machine. Since you can have only one version of a particular browser installed in your local machine, if the need comes to test on some downgraded or upgraded version of that browser, you’ll need to upgrade or downgrade the already installed browser in your local machine. Also, you can install only a specific number of browsers in the system. So, if the need comes it becomes almost impossible to test across all browsers and operating systems. That's where an online Selenium Grid can help.

With the help of an online Selenium Grid on the cloud, you can test across all the browsers, browser versions, operating systems, resolutions for cross-browser compatibility. Online platforms which provide Selenium Grids, like LambdaTest, SauceLabs, and BrowserStack, can help you perform cross-browser tests on cloud grid of various browsers-OS combinations.

While writing an automation script, you will be using many repeated commands and doing various operations. Let’s have a quick look at the most common and used commands in Selenium automation testing.

**Page Visit: **The first thing to do visit a webpage to start automation testing.

**Find an Element: **Find elements to automate them.

**Get your Info: **Commands for retrieving information for an element.

Selenium is one of the best automation testing tools to automate web browser interactions. You can perform automation testing by writing code in any of your preferred language supported by Selenium and can easily run your automation script to automate testing of an application or a process. Its ease of use makes it different from other tools and with the help of an online grid you can even run your tests in parallel across more than one browser. So, what are you waiting for? Write a beautiful automation Script and test your website! If you have any questions, let us know in the comments section below.