How do you scale node.js APIs

You definitely don’t want to use Node.js for CPU-intensive operations, using it for heavy computation will annul nearly all of its advantages. Node.js really shines in building fast, scalable network applications, as it’s capable of handling a huge number of simultaneous connections with high throughput.

One way to improve the throughput of a web application is to scale it, instantiate it multiple times balancing the incoming connection between the multiple instances, so this first article will be about how to horizontally scale a Node.js application, on multiple cores or on multiple machines.

When you scale up, you have to be careful about different aspects of your application, from the state to the authentication, so the second article will cover some** things you must consider** when scaling up a Node.js application.

Over the mandatories ones, there are some good practices you can addressthat will be covered in the third article, like splitting api and worker processes, the adoption of priority queues, the management of periodic jobs like cron processes, that are not intended to run N times when you scale up to N processes/machines.

1. Serve static from Node.js in dev, serve it from a CDN in prod

I wish I saw companies make this mistake less often. Serving your static assets from your web application (particularly through something like webpack-dev-server or Parcel’s dev server) is a great developer experience since it shortens the feedback loop when you’re writing code. However you should never serve your static assets via Node.js. They should be compiled separately and served via CDN, like Azure CDN. Serving it from Node.js is unnecessarily slow since CDNs are more dispersed and therefore normally physically closer to the end user and CDN servers are highly optimized for server small assets. Serving assets from Node is also unnecessarily expensive since Node.js server time is far more expensive than CDN server time.

In a classic web app the backend serves the frontend/graphics to the browser, a very common approach in the Node’s world is to use Express static middleware for streamlining staitc files to the client. BUT – Node is not a typical webapp as it utilizes a single thread that is not optimized to serve many files at once. Instead, consider using a reverse proxy, cloud storage or CDN (e.g. Nginx, AWS S3, Azure Blob Storage, etc) that utilizes many optimizations for this task and gain much better throughput. For example, specializes middleware like nginx embodies direct hook between the file system and the network card and multi-thread approach to minimize intervention among multiple request.

Your optimal solution might wear one of the following forms:

(2) Cloud storage – your static files will NOT be part of your Node app content, else they will be uploaded to services like AWS S3, Azure BlobStorage, or other similar services that were born for this mission. Using this approach, your Node app is not responsible deploying the static files neither to serve them, hence a complete decoupling is drawn between Node and the Frontend which is any way handled by different teams

2. Microservices and containers at scale

_A microservice is a single self-contained unit which, together with many others, makes up a large application. By splitting your app into small units every part of it is independently deployable and scalable, can be written by different teams and in different programming languages and can be tested individually. — _Max Stoiber

_A microservice architecture means that your app is made up of lots of smaller, independent applications capable of running in their own memory space and scaling independently from each other across potentially many separate machines. — _Eric Elliot

The benefits of microservices

The drawbacks of microservices

Architecture for your microservice

Let’s imagine that we are woking in the IT department of Cinépolis (A Mexican cinema), and they give us the task of restructuring their tickets and grocery store from a monolithic system to a microservice.

The real key to high – that is, nearly unlimited – performance for Node.js applications is to run multiple application servers and balance loads across all of them.

One of the major advantages of the Internet and the web are their high degree of statelessness, which includes the ability for client requests to be fulfilled by any server with access to a requested file. Node.js subverts statelessness and works best in a stateful environment, where the same server consistently responds to requests from any specific clients. you can read more about it here

To take advantage of multi-core systems, you will have to launch a “cluster” of Node.js processes to handle the load. Luckily, the Node.js API has a module called cluster. This module allows for the easy creation of child processes that all share server ports. You can find it’s documentation here.

Take a look at the simplest possible example of a working cluster straight from Node.js documentation:

It’s a great starter, but there’s one fundamental problem with this bit of code. If one of your child processes dies, it never spawns back. That’s not a major issue, though, and we can solve it with simple trick. Let’s add the following piece of code inside the if (cluster.isMaster) statement:

Great! Now, each time one of your nodes dies, it simply gets respawned by master – regardless of whether it was because of an uncaught exception, an out-of-memory exception, or because someone explicitly killed that process.

Unfortunately, there’s a problem with this small improvement. Image there’s a small bug inside your process initialization code or just a typo, something like this, for instance: conso**el**.log(“There\’s a typo here!”);

What would happen here would be something like a controlled semi-forkbomb. Your processes would keep starting and dying immediately. Because would they disappear, the master would try to spawn new processes, but they would also die immediately. Welcome to an infinite loop of forks and unexpected process exits.

Actually, there are many cases like the one above. If you try to handle them all, you’ll spend a non-trivial amount of time writing your own process manager, and at the end of the day, it isn’t going to be perfect anyway. Congrats! You’ve just wasted a day of work, while you could have closed 3 tickets instead and bring some business value.

When load testing, two of the most important health parameters we look at are CPU and memory usages of our website. You need to determine the usage levels that you don’t want your system to cross, but if you reach 75% CPU and 85% memory, you’re approaching a red line that you don’t want to cross.

To monitor your system’s health, look at the reports the load testing systems offer and analyze different KPIsand the correlations between them. CA BlazeMeter offers an Engine Health report, but you can also analyze these parameters on Taurus, an open-source test automation tool.

It’s important to analyze the results in real-time after every test you run and over time. This ensures that you get a full picture of your system’s abilities, weaknesses, and bottlenecks. They also let you see what happens to your system when changing it, like adding features or changing the system’s architecture. Finally, they let you see if the fixes you’ve made are really helping.

Ensuring your system handles heavy loads is important for keeping users and customers coming. We hope these tips will help you when scaling to high numbers.

☞ Run your Node.js application on a headless Raspberry Pi

How to Create a Fake REST API Server using Node.js 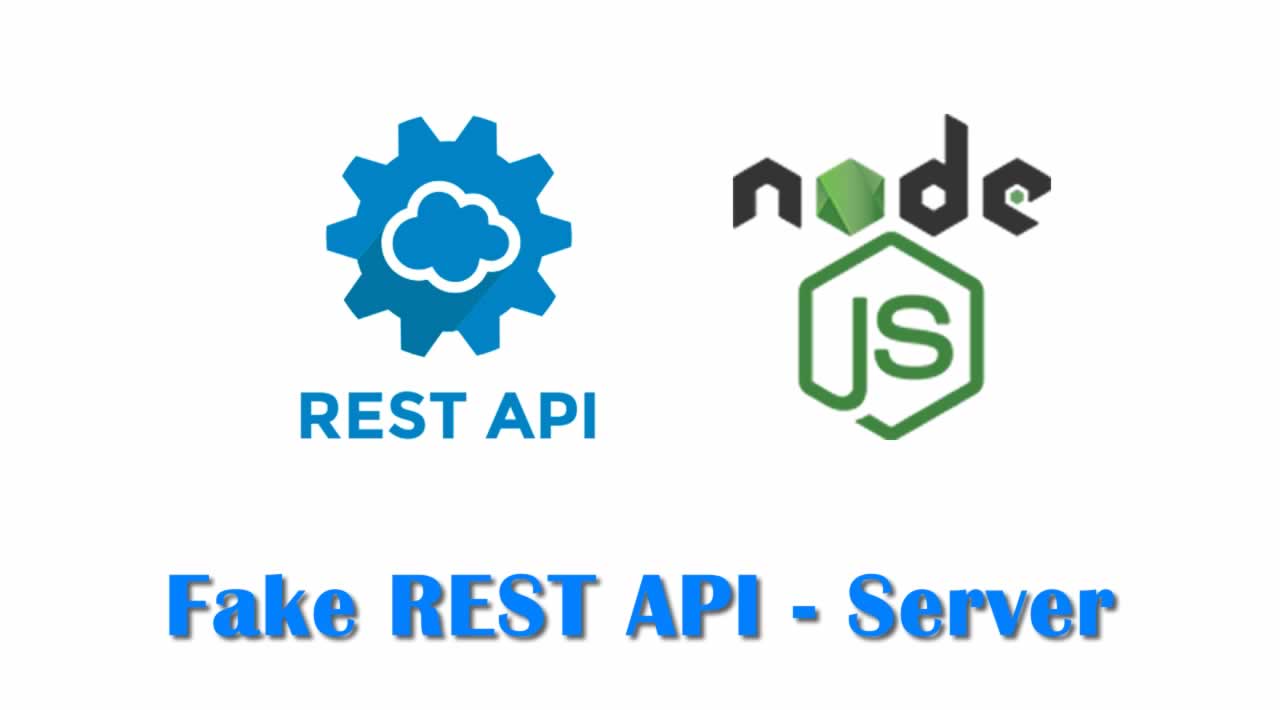 How to make a REST API Server using Node.js for testing your AJAX client side.

In this post, I want to show you how to create a fake REST API Server, using Node.js. This will be just a Server to test AJAX at your client side. In addition to it, it added support for CORS and request verbs like (POST, GET, DELETE, PUT).

First of all, create a folder (RESTAPI)  and create a JSON file, as shown below. I used the file mentioned in the link above for sample JSON data.

From start menu, open Node.Js command prompt and change the directory, where our folder is located and type the command given below.

Create a JavaScript file, add the piece of code and name it server.js.

The parameter (data) of the request handler method is supposed to be an array of JSON objects but it didn't accept the normal array methods like (push) method, so I decided to parse it with the brackets [ ].

To run this Server, open node.js command prompt and run the command.

Now, the Server is running and now you have a REST API Server, which supports CORS for the requests.

Here, it is listening at port 8081. To test our Server, this is the sample data for the testing purpose.

Here, it is listening at port 808. To test our Server, this is a sample data for the testing purpose.

I hope it comes in handy. Thank you for reading ! 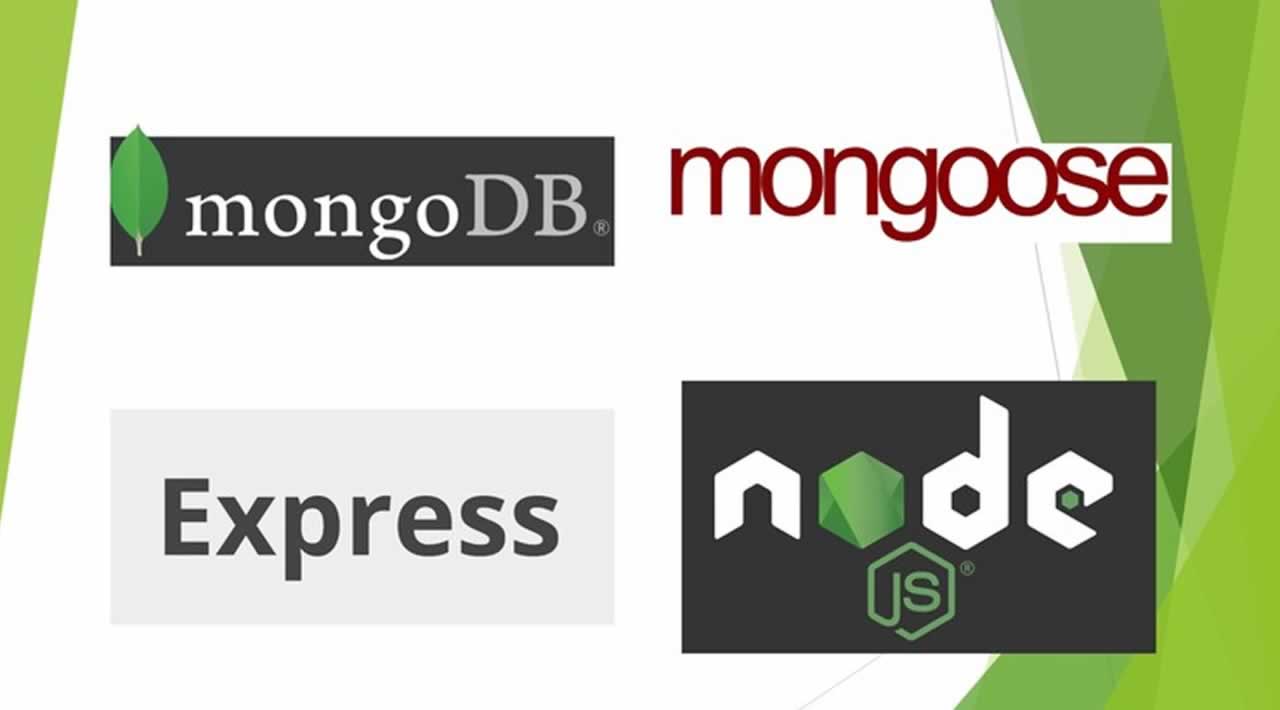 This tutorial divided into several steps: 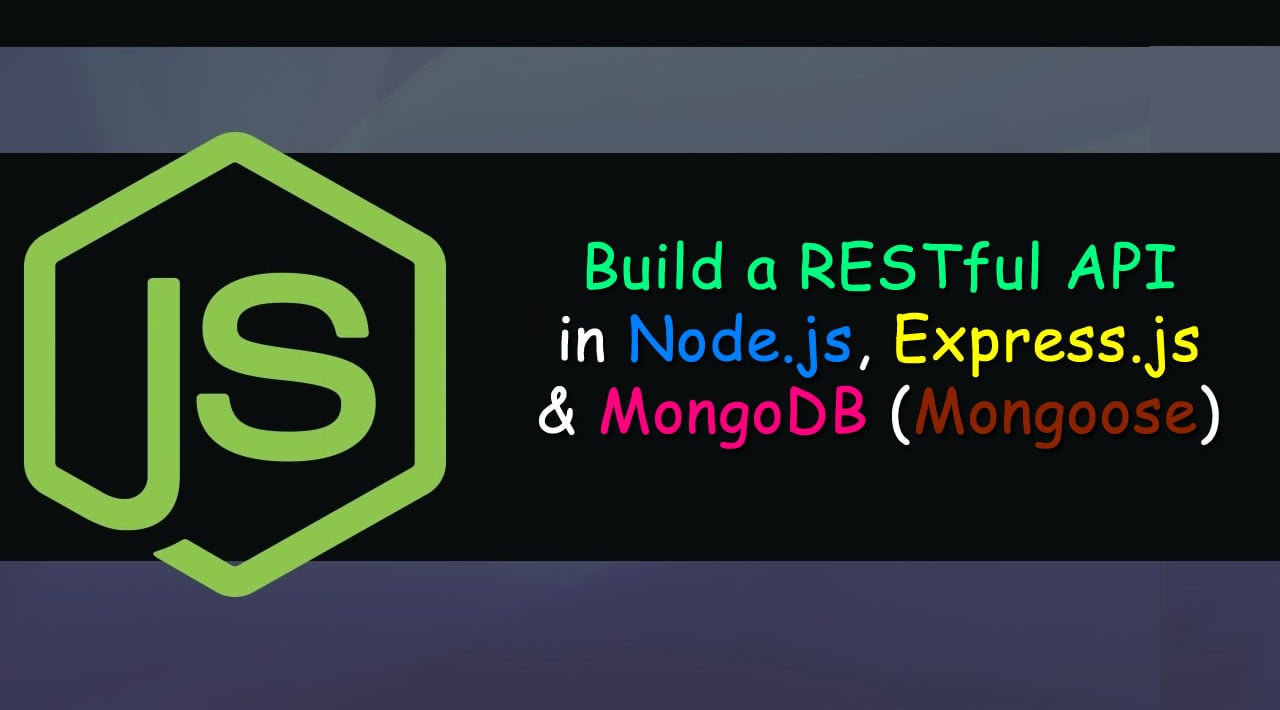 Learn to create your first RESTful API in NodeJS, ExpressJS, and MongoDB (mongoose).

We cover the MVC pattern, CRUD, Routes, Error Handling, ES6, Promises, GET, POST, DELETE in under 50 minutes. Learn to build a REST API to create,modify and delete users in a database. Build a simple API using ExpressJs and MongoDb with CRUD functions for Contacts.