About Multi-Threading and Multiple Process in Node.js 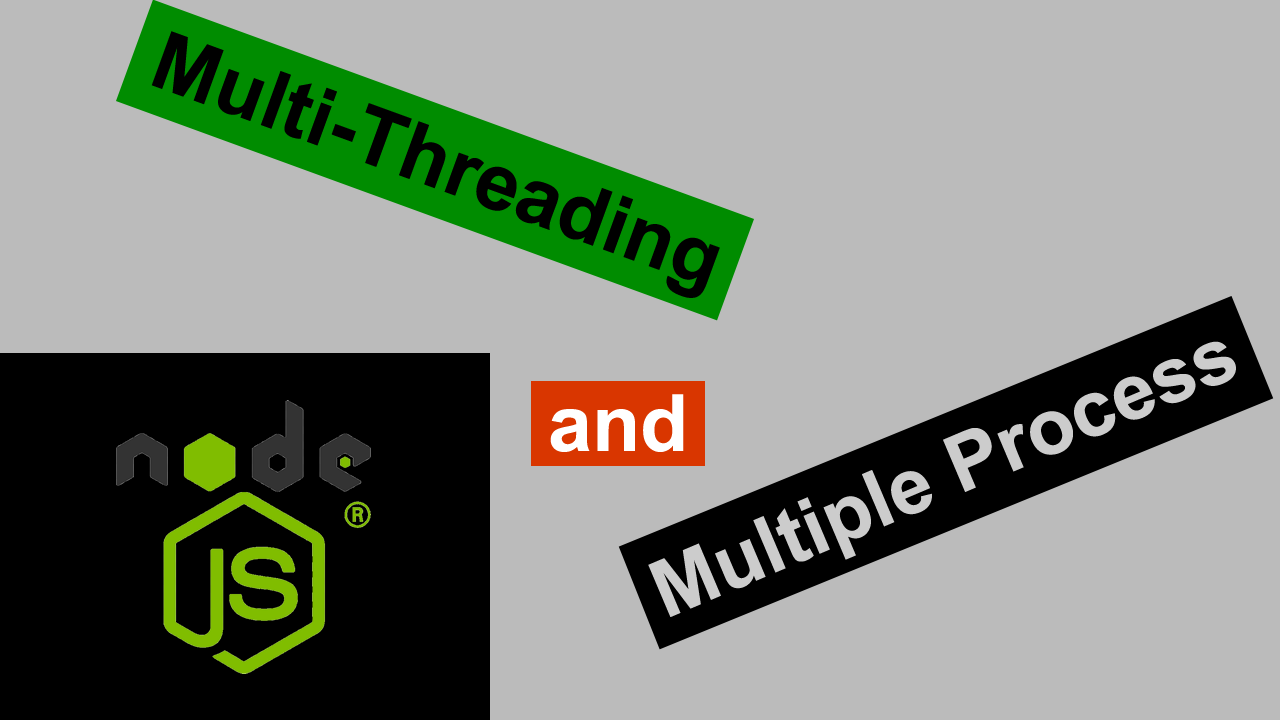 NodeJS is a free-to-use, cross-platform JavaScript runtime environment that although is single-threaded in nature but uses multiple threads in the background for executing asynchronous code.

NodeJS is a free-to-use, cross-platform JavaScript runtime environment that although is single-threaded in nature but uses multiple threads in the background for executing asynchronous code.

Due to the non-blocking nature of Node.js, different threads execute different callbacks that are first delegated to the event loop. NodeJS runtime is responsible for handling all of this.

JS was originally built as a single-threaded programing language meant to run only inside a web browser. What this means is that in a process, only a single set of instructions was able to execute at a given moment in time.

The execution moved on to the next code block only when the current code block finished execution. The single-threaded nature of JS, however, made implementation easy.

In its humble beginnings, JavaScript was useful for adding only a little interaction to websites. Therefore, there was nothing that demanded multithreading. However, times have changed, user requirements have intensified, and JavaScript has become “the popular programming language of the web.”

Multithreading has now become common. Because JS is a single threaded language, achieving multithreading in it isn’t possible. Thankfully, there is a great workaround available for this situation; NodeJS.

There is no scarcity to NodeJS frameworks thanks to the popularity enjoyed by the JS runtime environment, in particular and JavaScript, in general. Before continuing with the article, let’s know take in some important points about Node.js:

Why Fork a Process?

There are two cases when we need to fork a process:

It is possible to send data to the forked process as well as send it back.

The Way of NodeJS

Node.js makes use of two types of threads:

The event loop is responsible for taking callbacks, or functions, and registering the same for execution in the future. It operates in the same thread as that of the proper JS code. Once a JS operation blocks the thread, the event loop gets blocked as well.

The worker pool is an execution model responsible for spawning and handling different threads. It synchronously performs the task and then returns the result to the event loop, which then executes the provided callback with the stated result.

To summarize, the worker pool takes care of asynchronous I/O operations i.e. interactions made with the system disk and network. Modules like the fs and crypto are the ones that primarily use the worker pool.

As the worker pool is implemented in the libuv library, there is a little delay when Node.js requires to communicate internally between JS and C++. However, this is almost imperceptible.

Everything is good until we come across the requirement of synchronously executing a complex operation. Any function that require much time to run will result in blocking the main thread.

If the application has several CPU-intensive functions, then it results in a significant drop in the throughput of the server. In the worst-case scenario, the server will freeze and there will be no way of delegating work to the worker pool.

Areas like AI, big data, and machine learning couldn’t benefit from NodeJS due to the operations blocking the one and only main thread and rendering the server unresponsive. However, this changed with the advent of the NodeJS v10.5.0 that added support for multithreading.

The Challenge of Concurrency & CPU-Bound Tasks

Establishing concurrency in JavaScript can be difficult. Allowing several threads access the same memory results into race conditions that are not only hard to reproduce but also challenging to solve.

NodeJS was originally implemented as a server-side platform based on asynchronous I/O. This made a lot of things easier by simply eliminating the need of threads. Yes, Node.js applications are single-threaded but not in the typical fashion.

We can run things in parallel in Node.js. However, we need not to create threads. The operating system and the virtual machine collectively run the I/O in parallel and the JS code then runs in a single thread when it is time to send the data back to the JavaScript code.

Except for the JS code, everything runs in parallel in Node.js. Unlike asynchronous blocks, synchronous blocks of JS are always executed one at a time. Compared to code execution, a lot more time is spent in waiting for I/O events to occur in JS.

A NodeJS application simply invokes the required functions, or callbacks, and doesn’t block the execution of other code. Originally, neither JavaScript nor NodeJS was meant to handle CPU-intensive or CPU-bound tasks.

When the code is minimal, the execution will be agile. However, the heavier the computations become, the slower the execution gets.

If you still tried to accomplish CPU-intensive tasks in JS and Node then it resulted in freezing the UI in the browser and queuing any I/O event, respectively. Nonetheless, we have come a long way from that. Now, we have the worker_threads module to save the day.

Multithreading Made Simple With The worker_threads Module

Technically, a worker thread is some code that is spawned in a separate thread. To begin using worker threads, one requires to import the worker_threads module first. Afterwards, an instance of the Worker class needs to be created for creating a worker thread.

When creating an instance of the Worker class, there are two arguments:

Worker threads are capable of dispatching more than one message events. As such, the callback approach is given preference over the option of returning a promise.

3. Emitted when a worker thread sends data to the parent thread.

4. Emitted when a worker thread stops parsing the JS code and begins execution. Although not commonly used, the online event can be informative in specific scenarios.

There are two ways for using worker threads:

Approach 2 is also known as worker pool. This is because the approach involves creating a pool of workers, putting them on waiting, and dispatching the message event to do the task when required.

Because creating a worker thread from scratch demands creating a virtual machine and parsing and executing code, the official NodeJS documentation recommends employing the approach 2. Moreover, approach 2 is more efficient than approach 1.

In order to harness the power of a multi-core system using Node.js, processes are available. The popular JS runtime environment features a module called cluster that provides support for multiprocessing.

The cluster module enables spawning multiple child processes, which can share a common port. A system using NodeJS can handle greater workloads when the child processes are put into action.

Node.js for the Backend

Internet has already become the platform of choice for millions, if not billions, around the world. Therefore, to push a business to its maximum potential and leave no stone unturned in the cause of the same it is mandatory to have a robust online presence.

It all starts with a powerful, intuitive website. To make an impeccable website it is important to choose the best frontend and backend technologies. Although single-threaded in nature, Node.js is a top choice in the cause of backend web development services.

Despite having an abundance of multi-threaded backend options, reputed companies like to opt for NodeJS. This is because Node.js offers the workaround for using multithreading in JavaScript, which is already “the most popular programming language of the web.”

The worker_threads module offers an easy way of implementing multithreading in Node.js applications. A server’s throughput can be significantly enhanced by delegating CPU-heavy computations to the worker threads.

With the newfound support for multithreading, NodeJS will continue to reach more and more developers, engineers, and other professionals from calculation-heavy fields such as AI, big data, and machine learning.