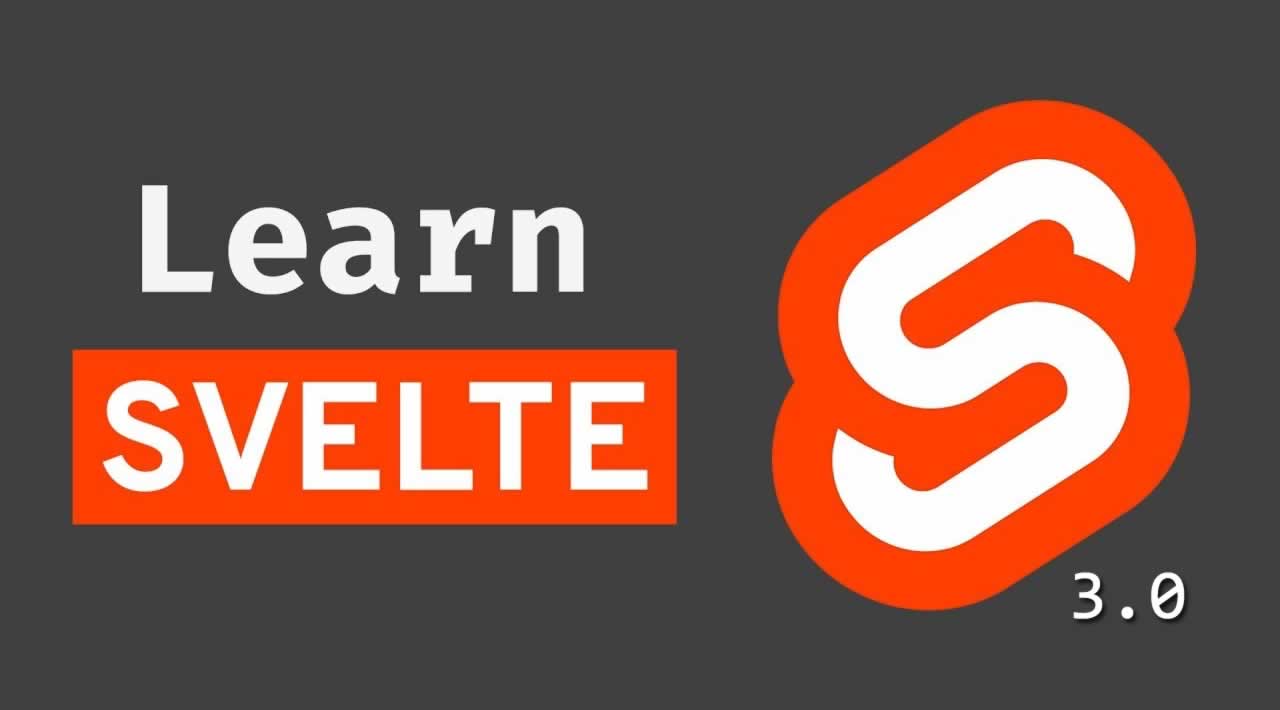 Learn Svelte 3.0 - Svelte Tutorial for Beginners. In this tutorial, we're going to take a look at the basics by building a simple, fictional app. Svelte.js is the new kid on the block to compete against the big 3 (Angular, Vue and React) in the frontend javascript framework space.

Svelte.js is the new kid on the block to compete against the big 3 (Angular, Vue and React) in the frontend javascript framework space.

To get started, you will need Node.js with NPM installed. Visit http://nodejs.org to download and install it if it's not on your machine yet. You can open up your terminal and type 'node -v' to determine if it's installed.

Once node.js is installed, in your terminal, type:

This downloads Svelte, hops you into the new folder, and then installs the dependencies associated with Svelte.

Next, open up the new folder in your preferred code editor. If you're using VSC (Visual Studio Code), you can type "code ." in the svelte folder via the terminal and it will open up VSC in that folder.

You can visit your new Svelte app by visiting http://localhost:5000 in your browser!

It's worth taking a look at the files and folders found within your Svelte app.

It's surprisingly very simplistic upon first glance, as compared to the file and folder structure as found in competitors such as Angular and Vue.

At the bottom we see rollup.config.js which is a module bundler for JavaScript. Think of it as a competitor to Webpack and Parcel.

Next up, we have /src which includes main.js and App.svelte.

main.js is the starting/entry point of the app.

As you can see, it imports the other file at the top, which is the starting component for the app. It also specifies a target, which specifies where the app output will go, and any properties in the form of a props object.

Here, we have the 3 basic building blocks of a modern Javascript framework:

Unfortunately, as of writing this, there is not an official Svelte router. There are numerous routers people have developed. We're going to use one of these unofficial routers to help us navigate througout the different components of our Svelte app.

First, we need to install at in the terminal:

Here's the github page for svero if you want to learn more.

After it's installed, visit *App.svelte *and update it to match the following:

Then, we're nesting a