How To Extend A Native HTML Element

Ever since the days of XML we have tried to extend HTML with our own tags.

The standard library of HTML tags is fairly limited and intentionally consists of low-level building blocks, meant to be composed by developers into more high-level functionality.

Now that all modern browsers support Web Components (or more specifically Custom Elements) you can create your very own HTML elements that you can use anywhere by just loading a script and adding the tag to the document.

It’s really as simple as that.

If you have created your own image gallery, you can use it by just loading the script and adding <image-gallery></image-gallery> to the document:

Here the ImageGallery class contains all the functionality for the <image-gallery> HTML element and we register it throughcustomElements.define with the 'image-gallery' tag name.

Now frameworks like React, Angular and Vue.js also allow you to create your own HTML tags, but contrary to framework components, Custom Elements are real first-class HTML elements.

For example, you can attach event listeners to it through addEventListener, use CSS to style it through its style property or interact with it in the browser devtools like any other HTML element.

And it doesn’t stop there.

Standing On The Shoulders Of Giants

Instead of extending HTMLElement, Custom Elements can also extend other built-in HTML elements like <button>, <img> and <a> for example.

Let’s say we want to create a lazy loading image that will not load until it’s scrolled into the viewport. We could do this by searching for all images in the page and attach a IntersectionObserver to each image that makes sure the image will only load when it becomes visible.

We can do this by creating a Custom Element that doesn’t extend HTMLElement but instead extends the interface of the <img> element, which is HTMLImageElement:

The Custom Element is registered with the usual call to customElement.define but now it takes a third argument, {extends: 'img'}, that specifies which HTML element will be extended.

Now instead of using a new HTML tag, we can just use our enhanced image element with the regular <img> tag but we add the new functionality to it through the is attribute:

This image is now an enhanced image that gets all the functionality we defined in the LazyImg class.

The complete implementation of _LazyImg_ is too large for this article but you can find the source code on my Github.

The beauty of this approach is that any browser that doesn’t support extending built-in HTML elements will simply ignore the is attribute and just render a regular image.

Progressive enhancement at its finest. 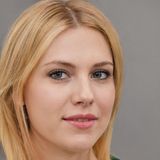 The prospect of learning HTML can seem confusing at first: where to begin, what to learn, the best ways to learn — it can be difficult to get started. In this article, we’ll explore the best ways for learning HTML to assist you on your programming journey.

Hypertext Markup Language (HTML) is the standard markup language for documents meant to be displayed in a web browser. Along with Cascading Style Sheets (CSS) and JavaScript, HTML completes the trio of essential tools used in creating modern web documents.

HTML provides the structure of a webpage, from the header and footer sections to paragraphs of text, videos, and images. CSS allows you to set the visual properties of different HTML elements, like changing colors, setting the order of blocks on the screen, and defining which elements to display. JavaScript automates changes to HTML and CSS, for example, making the font larger in a paragraph when a user clicks a button on the page.

In this era of technology, anything digital holds a prime significance in our day-to-day life. Hence, developers have submerged themselves to create a major impact using programming languages.According to Statista, HTML/CSS holds the second position (the first being Javascript), in the list of most widely-used programming languages globally (2020).Interested to learn this language? Then head on to this tutorial and get to know all about HTML! Plus we have added numerous examples such that you can learn better! So happy learning!
html for beginners

In this article, we are going to learn HTML Button Tags. So let’s start!!!