This Week in Programming: GitHub Goes to the Command Line 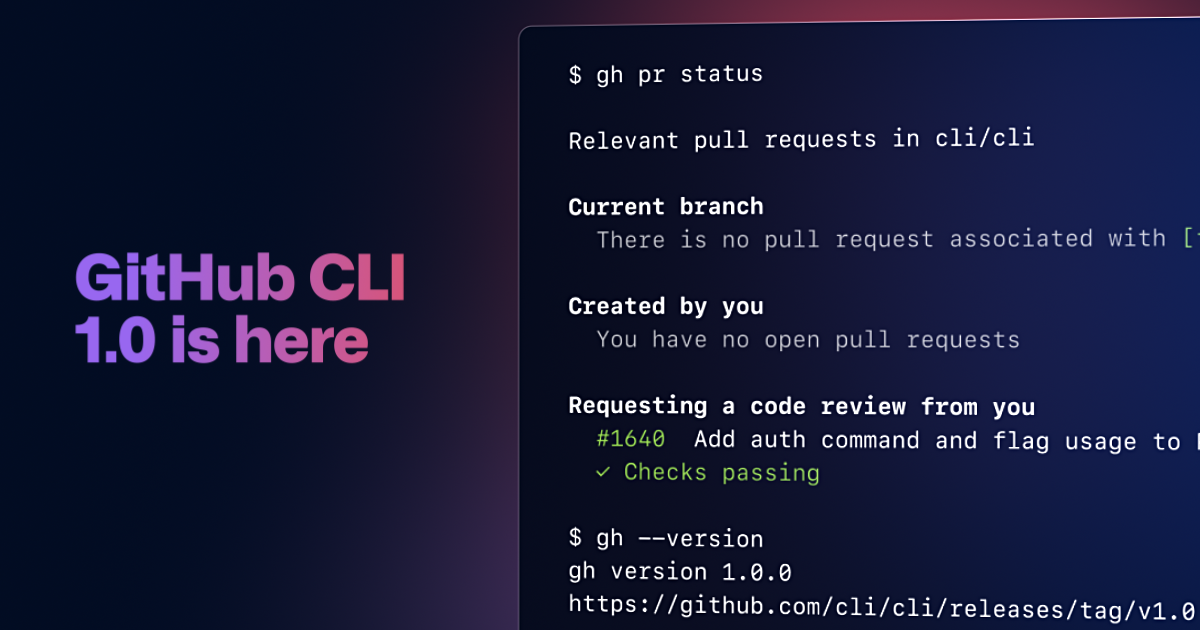 This Week in Programming offers all the latest development news for the cloud native computing community.

Are y’all ready to party like it’s 1999? Cuz if so, get ready, because we have a brand new command-line interface (CLI) ready for you from GitHub, and maybe, if you’re lucky, you can figure out a way to stylize it with some ANSI colors. So get your mechanical keyboards ready, because we don’t need a mouse where we’re going!

Snark aside, folks are atwitter this week over the availability of GitHub CLI 1.0, following up on the beta from earlier this year, partly because now you don’t need to leave the terminal, and partly because of the automation it enables. The GitHub CLI is available for Windows, macOS, and Linux and allows you to run your entire GitHub workflow straight from the terminal, from issue to release, and a common criticism out there of the new CLI is that it might further confuse young, impressionable coders about the difference between git and GitHub.

The GitHub CLI, of course, goes beyond the base git functionality, and also lets users to call the GitHub API, allowing them to script “nearly any action.” Some of the new features released since the beta include the ability to create and view repositories, configure GitHub CLI to use SSH and your preferred editor, close, reopen, and add labels, assignees, and more to issues and pull requests, and view the diff, review, and merge pull requests.

development this week in programming