Learn Angular 8 from Scratch for Beginners 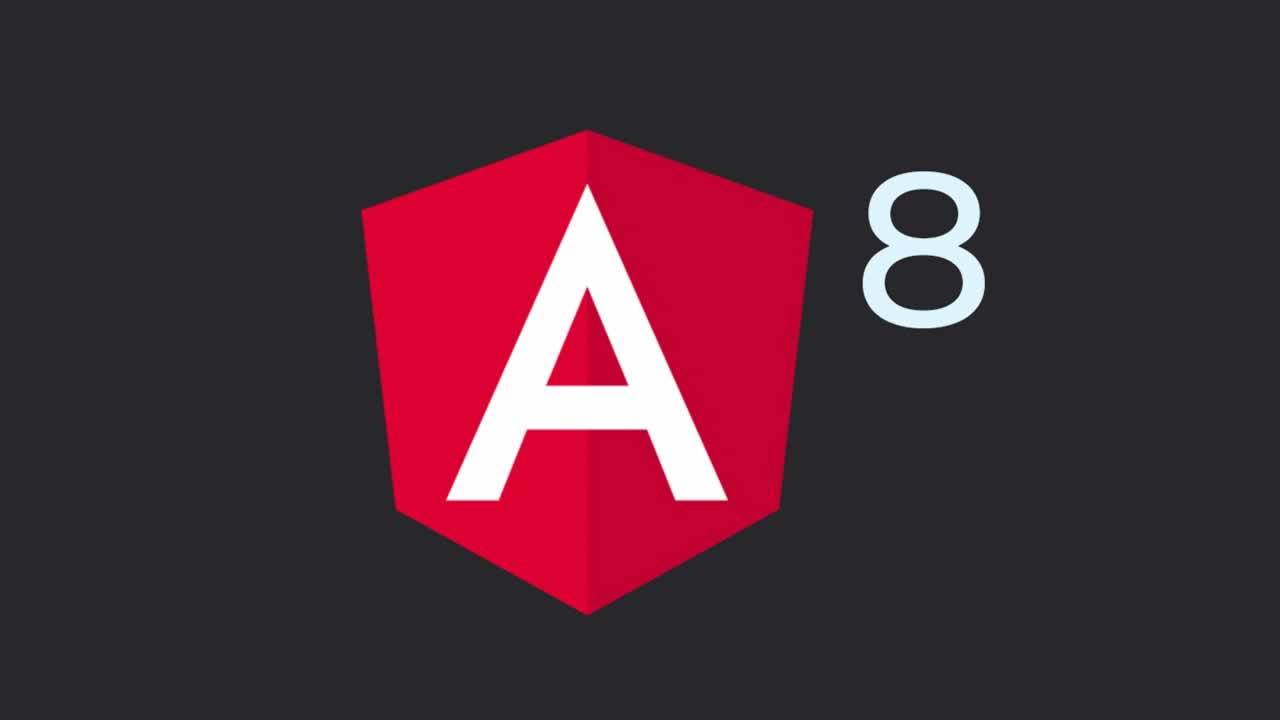 Learn Angular 8 from Scratch for Beginners. Angular 8 is out now and along with that, comes my Angular 8 Tutorial (more like a crash course!) that will beginner's exactly how to get up and running with this powerful frontend javascript framework.

Angular allows you to create SPA's (Single Page Apps), SSR's (Server Side Rendered) and PWA's (Progressive Web Apps). For this tutorial, we're going focus just on the basics of building an SPA.

You should be comfortable with HTML, CSS and JavaScript fundamentals before proceeding with Angular.

First, you will need Node.js in order to install the Angular CLI. Head on over to http://nodejs.org , download and install it. After installation with the default settings, open up your command line / console and run the following command:

This should output a version number. If so, you're ready to install the Angular CLI (Command Line Interface), which is a command line tool that allows you to create and manage your Angular 8 projects.

To install the Angular CLI, issue the following command:

This will prompt you with a couple questions. Answer them according to the answers below:

Angular routing allows you to create routes between the components in your app. We'll be using Sass (SCSS) as well, so we're adding that too.

Let's hop into the folder where our new project is stored:

At this point, I usually issue the command: code . which opens up Visual Studio Code (the code editor I use) in the current folder.

When you're developing your Angular 8 app, you will want to issue the following command in the terminal:

The -o flag is optional, but it opens up your default browser to the development location http://localhost:4200

Now, while you're developing your Angular app, every time you update a file, the browser will automatically reload (hot reloading) so that you can see the app and debug it in near real-time.

Note: When you want to deploy your Angular app, you will use a different command. We'll get to that later.

It's worth dedicating a little bit of time to outline the important files and folders that you will commonly work in -- and also understand some of the under-the-hood stuff that makes Angular 8 work.

The folder and file structure looks like this in an Angular 8 project:

The fundamental building blocks of your Angular app are the components. Components consist of 3 elements:

Let's take a look at the component the Angular CLI generated for us to see these 3 areas in action.

As you can see, we have a single import at the top, which is necessary for all Angular components. We also have the @Component({}) decorator, and the component logic at the bottom with the single title property.

As we progress, we'll work with all 3 of these concepts to build out the app.

Let's add a navbar with a logo and a navigation to the top of our app.

Open up /src/app/app.component.html and remove all of the current code. Replace it with the following:

The two important areas that are specific to Angular 8 here are:

Next, let's visit the global /app/styles.scss file to provide it with the following rulesets:

Nothing too exciting happening here. After saving, your app should now have a styled navigation bar.

Let's use the Angular CLI to generate a couple components for the pages in our app.

Issue the following commands from the console:

This will generate several files for each component.

Next, we need to visit /src/app/app-routing.module.ts and add the following code:

We first import the components that were generated, and then we add them as an object in the Routes array. We left the path: property blank, which signifies the home component that will load by default when the app loads.

If you click on the List and Home links in the navigation, they will now display the component template associated with the clicked component!

When you want to communicate data from the component logic to the template (or vice versa), this is called one-way data binding.

Open up the /src/app/home/home.component.html file and replace it with the following:

We have a few things happening here:

Visit the home.component.ts file and add the following code:

We've defined the property (with TypeScript) and we've set it to 0.

Next, we created the function which will increment the clickCounter property by 1.

Before we give it a shot, let's give this some style. Visit the home.component.scss file and specify:

Save all of the files you just modified, and give it a shot!

The best way to demonstrate the concept of data binding is to do it with a form element.

In order for ngModel to work correctly, we need to import it into our /src/app/app.module.ts:

Next, we have to define the name property in the home.component.ts file:

If you save it and begin to type within the textfield, you will see that it displays in the line beneath it in real time. This is two-way data binding because it's both setting and retreiving the property to and from the component/template!

What about working with if and else within your templates? We can use ng-template for that.

Add the following code at the end of home.component.html:

First, we use property binding [ngIf] and bind it to an expression clickCounter > 4.

If that expression isn't true, it will call upon a template called none with ngIfElse.

If that expression is true, it will show the HTML within the initial ng-template block.

If not, it shows the template defined by #none beneath it!

Give it a shot by clicking the span element until it reaches 5 or more and you will see it work in action.

Sometimes, you want to modify the appearance of your UI based on events that occur in your app. This is where class and style binding come into play.

Modify the last play-container class in our HTML like so:

With inline style binding, you wrap it in brackets (property binding) and specify style. and then the name of the CSS property. You bind them to an expression (we're using clickCounter > 4, or this could be a boolean value too) and then a ternary operator ? where the first value is used if it's true, and the second value after the colon is used for false.

If you save, it will initially show the play container block as light gray. If you click our span button a few times, it will turn yellow.

What if you wanted to specify multiple CSS properties?

Try it out now, and you will notice both CSS properties change.

Note: You can specify **[ngStyle]="someObject" **instead, if you wish to specify that logic in the component instead of the template.

If you wish to add or remove entire classes that are defined in your CSS, you can do this with class binding.

Modify the current .play-container we've been working with, to the following:

Visit the home.component.scss and add this ruleset:

Give it a shot! It works!

We can also set multiple classes with ngClass.

Modify the template as shown below:

Let's visit the component file and add the following:

We added the notactive class here, so we should define it in the component's CSS file as well:

Give it a shot! Awesome stuff!

Services are special components that are reusable throughout your app. We're going to create a service for the purpose of communicating with an API to fetch some data and display it on our lists page.

Let's generate the service with the Angular CLI:

Notice "g s", these are just shorthand terms for "generate service". The name we're giving this service is "http".

It looks similar to a component, except the import is an Injectable instead of a Component, and the decator is based on this @Injectable.

Let's create a custom method that other components can access:

If you click to the list link in the navigation and view your console in the web developer tools, you will see "Hey, what is up!" output.

We need to integrate the HTTP client within our http service, which will allow us to communicate with a public API.

Visit our http.service.ts file and add the following:

First, we import the HttpClient, then we create an instance of it through dependency injection, and then we create a method that returns the response from the API. Simple!

Next, open up the list.component.ts file and add the following:

The service returns an observable, which means we can subscribe to it within the component. In the return, we can pass the data to our brews object.

Next, visit the list template file and add the following:

First, we add an ** ngIf* to only show the UL element if brews exists.

Then, we iterate through the array of objects with ** ngFor*.

After that, it's a simple matter of iterating through the results with interpolation!

Let's style this with CSS real quickly in this component's .scss file:

And here's the result!

Let's say that we're happy with our app and we want to deploy it.

We first have to create a production build with the Angular CLI. Visit the console and issue the following command:

This will create a /dist folder. We can even run it locally with something like lite-server. To install lite-server:

Hop into the folder: **myapp\dist\myapp** and run:

This will launch the production build in the browser!

At this point, you have a number of options for deploying it (Github Pages, Netlify, your own hosting, etc..).

☞ Understanding of ngRx with Redux in Angular