How Much Does A Live Streaming App Cost?

Nowadays, people don’t stick around a TV and are glued to it in order to watch their favorite movie, live football match in their living room which can convert into a cinema hall or a stadium. With all the attractiveness and attention of cable television that it has obtained in recent years, the interest is slowly disappearing among the users with the arrival of live video streaming apps. The most interesting fact is that one can easily enjoy their favorite TV shows, movies without any kind of hindrance often in the form of commercials. Let’s make one thing clear.

These live video streaming apps aren’t just meant for entertainment and fun purposes. It can be quite useful for businesses as per as personal purposes. For example, it can prove to be quite vital in case of live video conferencing, offering live tutorials by the teachers to the students and another type of demonstration, providing training lessons, teaching skills, and also act as a safety device to keep a keen eye on the pets or children. So, let’s get deeper into the features and cost of developing a live video streaming app. 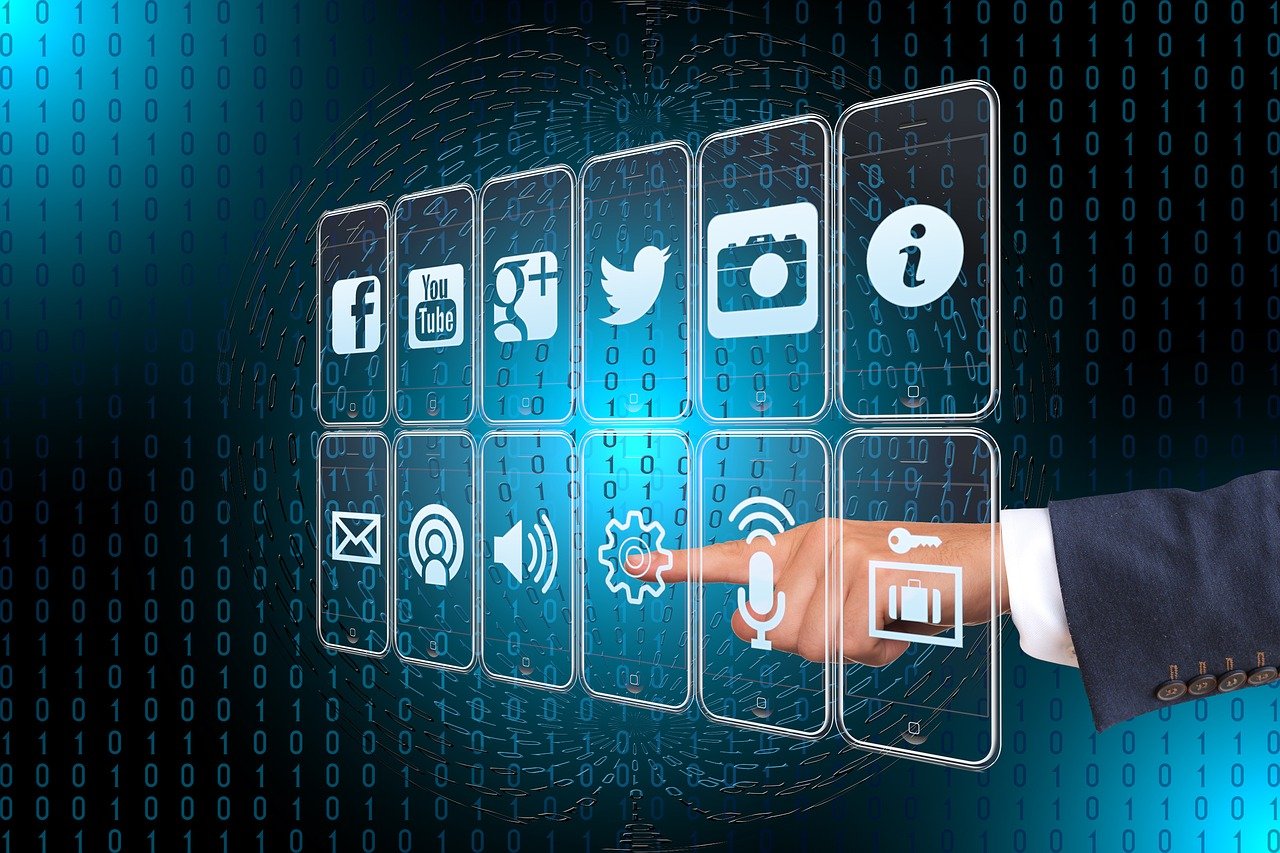 The registration of the users is the most basic and first requirement whenever the customer is looking for a live video streaming app. The user needs to be provided with different options in order to register his account. It may include options such as registration through mobile number using verifications through OTP or email address. Along with this, you can also introduce the option of registering to the app via social media platforms like Facebook, etc. And also keep in mind that you should include the option where any user can easily recover his forgotten password. It is the most crucial part of phone app development.

2. Creating a Profile of User

Having a wide range of inventory that consists of the personal information of the signed users is always worthy. So, your next step is an app developer is to actually create a platform where your customer can easily fill in his profile which includes his name, mobile number, email address, preference of genre of videos like movies, sports, etc. subscription list, and all.

The mobile app developers need to attach a search box within the app which allows the user to easily search for any particular video in a given category. Now, these search categories have to be quite wider. They need to be based on the age factor, interest, location as well as language of the broadcast as well as number of total views and so on.

You know that the popularity of any video often increases by the total number of users watching it and it also offers their valuable feedback in a particular form of comments and ratings. The users often provide their feedback whether they liked the video or not and also make comments on the quality of the video and even if the video ran smoothly without any type of buffering. Any mobile application development company developing such an app needs to inculcate this feature.

5. Settings based on Sharing

In this current era of the internet, most of the ambiguous videos often become viral in a short span of time like a wildfire. How is it actually be possible for any video to get viewed by millions of people within a few minutes after its upload? Well, it occurs due to the sharing of the video on different platforms like WhatsApp, Facebook, Twitter, Instagram etc. But most of the users like to maintain their own privacy when it comes to sharing of the content. So, you have to consider that you provide some kind of privacy-related settings. Users should be allowed to choose whether he wishes to share the details or not.

6. Tracking based on Geo-Location

Since you are actually creating apps for live video streaming, geolocation tracking can be added which is quite helpful. It allows you to trace or obtain the location of the current broadcast easily. One can easily cite the instance of Facebook Live which allows the user to share the current location with their friends easily.

One of the key steps you should take in order to keep boosting your traffic is implementing Push Notification during app development. You know that if a particular user likes any type of video category, like Sports, then he would like to wait for the uploading of next video of the match that he can watch. So, if the user has subscribed, then you can easily send him particular notification information that a relevant new video has appeared and been uploaded.

The development of such an app requires a development team that is involved in a project that often consists of the same professionals that are often involved in any app design. There is a project manager who manages as well as supervises the entire project and even designates the different roles to the team members. Then there are app developers who have experience in iOS and Android app development.

There is the vital contribution of UX and UI designers as well as backend team members and then the quality app testers which are also required. All these different people play their own decisive role in making a successful live video streaming app.

The entire cost of the development of such as an actually depends on the mobile app development company you are hiring. The cost of hiring the company and their professionals, time of development, features to be included etc. plays a key role in finding the right cost of development. An approximate figure of development of live video streaming app starts from $12,000 to $15,000. However, the final cost can be dependent on different components which are required to develop such an app. There is a cost involved with the server as well as third-party applications which isn’t included in this price.

Live video streaming app is the latest trend in the market. At present, most people like to remain connected with the things that are happening all over the world without being around their television sets, but through these wonderful apps. Also, these apps are not just a mere source of entertainment, but they also offer valuable information and helps in taking the business forward. In the years to come, the demand for these apps will certainly rise, and mobile app developers have to find new innovative methods and techniques to make things much more interesting to the end-users. 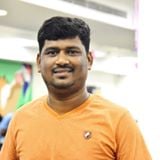 CONTUS Fly is one of the leading real time messaging software providers in the market for a decade. Their messaging platforms are completely customizable since they provide Chat APIs and SDKs to integrate real time chat feasibility on your live streaming applications irrespective of audience base. Engage your audience like a live concert, stadium like experience through digitally. Create channels for every live streaming event, sports or anything that would create buzz. Enable audience to interact with each other over voice, video chats and real-time text chats with engaging emojis. CONTUS Fly enables users to add emojis and stickers to captivate each audience and create fun.

One of the enterprise-grade real-time chat solutions built to create virtual chat experience for live streaming events and websites for big brands and startups. Irrespective of audience base, category, MirrorFly provides customizable real time chat APIs to add virtual communication mediums on live streaming and broadcasting applications. Their solution comes with absolute moderation tools and open channels to talk and listen with your audience. MirrorFly’s server infrastructure has the potential to handle concurrent messages and users and to achieve maximum sales conversion.

When it comes to building a live streaming chat app software that covers the entire platforms and demand All-in-One package (features, Customization to any extent) with a one-time payment for lifetime performance, then undoubtedly Contus Fly makes the right choice to partner with. The company offers live broadcasting SDK for Android/iOS and chat APIs for customization.

Being a leading real time chat platform provider in the market, Sendbird has its own hallmark of communication features to the world’s most prominent live streaming applications. Their real time chat solution enables broadcasting and streaming platform’ owners to create a physical equivalent digital chat experience for the audience during any live event streaming to interact, collaborate and cheer together within the same streaming screen. By creating open channels and groups, you can enable the audience to interact with each other during any streaming, engage them with polls, stickers, multiple communication channels and more.

Vonage is a prime provider of communication APIs for major industrial sectors and enterprise workplaces. With its API, businesses such as live streaming applications can integrate in-app messaging features into any streaming platforms on Android, iOS and Web to empower user engagement. Their APIs are powered with scalable infrastructure and provide multiple communication mediums such as in-app voice, video and chat proactively engaging the audience.

Firekast provides a customizable live chat widget with HTML code for streaming players to enable chat within any streaming or on-demand videos. The chat widget gives the ability for brands and content owners to make the audience to interact with each other for better engagement and proactivity during streaming. The Firekast Live chat comes with moderator tools that will allow administrators to delete or ban abusive content and users from the channel or groups. Firekast’s live chat comes with a private chat widget to create public or private chat rooms to make effective collaboration and discussions.

Conclusion
And this is all the real time chat providers in the market to implement chat functionality in any live streaming or broadcasting platforms. More than delivering entertaining live content, creating a massive engagement and buzz for every live event is the smarter way to turn every audience into a protiable subscriber. Picking up the right software provider is more important than just handling the integration process.