Scraping with Scrapy and Django Integration

Create a django project, with admin and database. Create app and add to installed apps. Define the data structure, so the item, so our django model. Install Scrapy.

Scraping is the process of data mining. Also known as web data extraction, web harvesting, spying… It is software that simulates human interaction with a web page to retrieve any wanted information (eg images, text, videos). This is done by a scraper.

This scraper involves making a GET request to a website and parsing the html response. The scraper then searches for the data required within the html and repeats the process until we have collected all the data we want.

It is useful for quickly accessing and analysing large amounts of data, which can be stored in a CSV file, or in a database depending on our needs!

There are many reasons to do web scraping such as lead generation and market analysis. However, when scraping websites, you must always be careful not to violate the terms and conditions of websites you are scraping, or to violate anyone’s privacy. This is why it is thought to be a little controversial but can save many hours of searching through sites, and logging the data manually. All of those hours saved mean a great deal of money saved.

There are many different libraries that can be used for web scraping, e.g. selenium, phantomjs. In Ruby you can also use the nokogiri gem to write your own ruby based scraper. Another popular library is is beautiful soup which is popular among python devs.

At Theodo, we needed to use a web scraping tool with the ability to follow links and as python developers the solution we opted for was using theDjangoframework with an open source web scraping framework called Scrapy.

Websites tend to have countermeasures to prevent excessive requests, so Scrapy randomises the time between each request by default which can help avoid getting banned from them. Scrapy can also be used for automated testing and monitoring.

Django has an integrated admin which makes it easy to access the db. That along with the ease of filtering and sorting data and import/export library to allow us to export data.

Scrapy also used to have a built in class called DjangoItem which is now an easy to use external library. The DjangoItem library provides us with a class of item that uses the field defined in a Django model just by specifying which model it is related to. The class also provides a method to create and populate the Django model instance with the item data from the pipeline. This library allows us to integrate Scrapy and Django easily and means we can also have access to all the data directly in the admin!

What happens behind the scenes? Everytime we start a Scrapy task, we start a crawler to do it. The Spider defines how to perform the crawl (ie following links). The crawler has an engine to drive it’s flow. When a crawler starts, it will get the spider from its queue, which means the crawler can have more than one spider. The next spider will then be started by the crawler and scheduled to crawl the webpage by the engine. The engine middlewares drive the flow of the crawler. The middlewares are organised in chains to process requests and responses.

How I did it

Here’s an example of how we can integrate Scrapy and Django. (This tutorial uses scrapy version 1.5.1, djangoitem version 1.1.1, django 2.1.4)

Let’s scrape the data off the Theodo UK Team Page and integrate it into a Django Admin Panel: 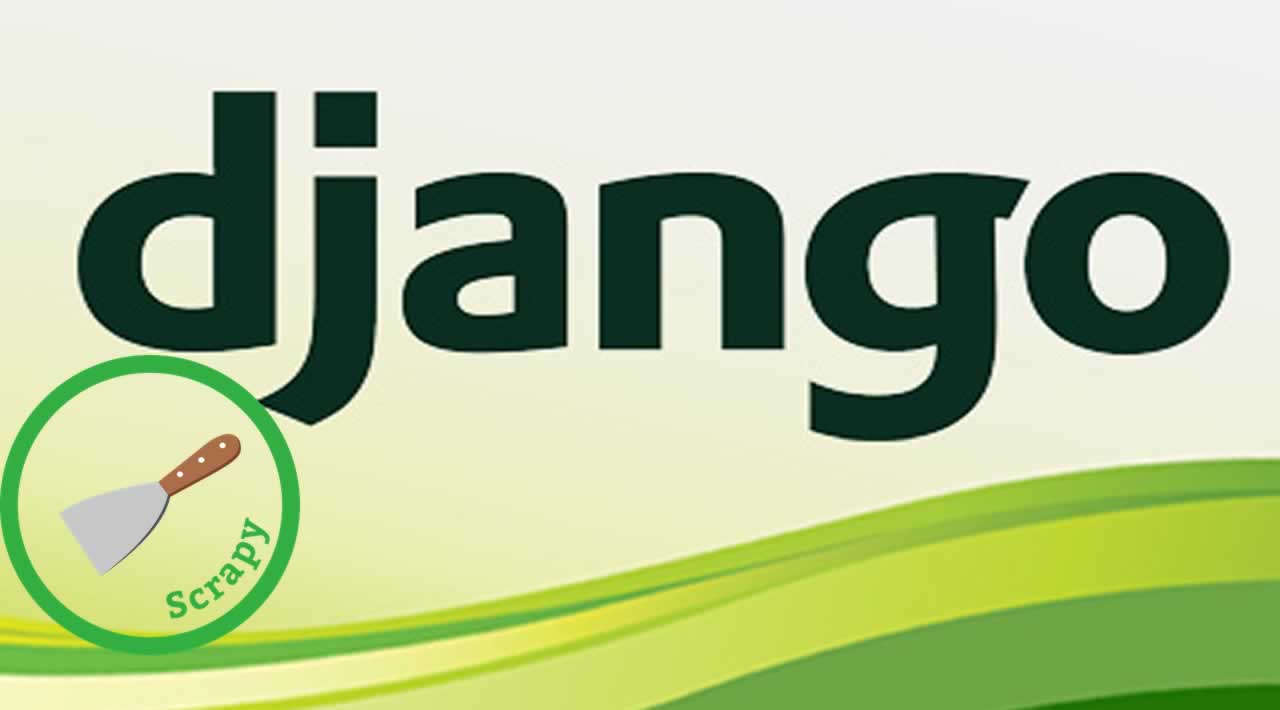