What the duck is GraphQL? 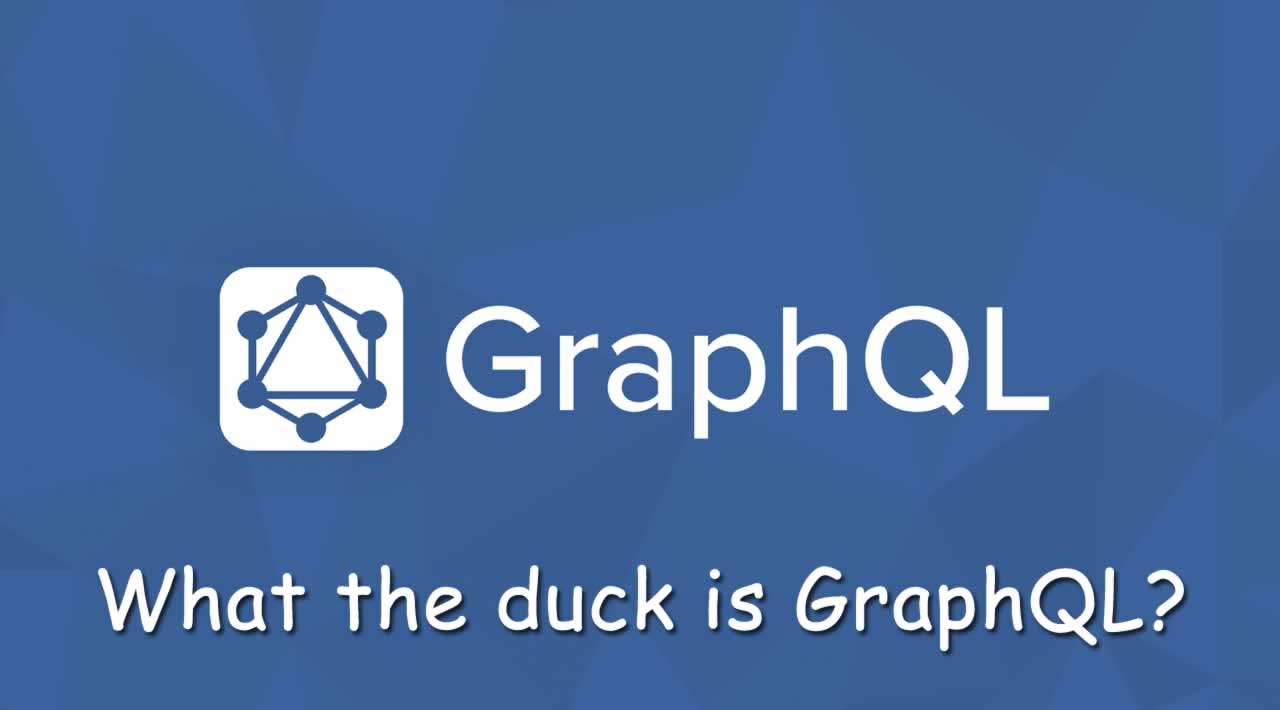 Why do I need something better than REST APIs? GraphQL has nothing to do with ReactJs. GraphQL is an application interface (API) just like REST, which is much more powerful and flexible and can be written in pretty much any language.

Yes, that’s how I am starting this post, there has been a huge confusion among developers that GraphQL is only for React apps because it was introduced in one of the React conferences.

Who else uses GraphQL?

From 2015 many companies have adopted GraphQL and slowly migrating it to. Coursera, Github, Twitter, Shopify are few of big names using GraphQL.

You should read the list of these case-studies sections to get some insight why few of these companies chose GraphQL and how are they planning their future relationship with GraphQL.

By now I think I am able to convince you to some extent, that you should really know more about GraphQL 😁.

But why GraphQL? I was happy with REST

Imagine a restaurant serves only three kinds of pizzas, chicken pizza, broccoli pizza, and cheese pizza but you want a pizza with toppings of chicken, cheese, and broccoli.

In GraphQL restaurant, it allows you to customize and in one order you get whatever you want. This leads to no extra wait time and no wastage of pizza base.

The above analogy pretty much explains what is the fundamental difference between REST and GraphQL.

Which means type your query and the API responds to your query.

You get, what you ask.

No doubt REST has solved many problems over SOAP.

REST has been helping all the companies make profits for a couple of decades now. With REST APIs everything looked perfect, but when we want to get more data in less number of API calls or fewer roundtrips from client to server, we smell a lot of stuff in the way REST API is designed.

When we look at the REST APIs with magnifying glasses we can see the scars and those scars are screaming for optimizations.

Let me share a quick example of how REST works.

In REST we have multiple well-defined API endpoints which are responsible for only one task.

Let’s take an example, imagine you want to get some details from the movie details platform and you want to know:

The REST APIs that we need to call is roughly the following list:

2) To get the actors from the above movie, you have to call:

3) To get the details of the actor with id 10 you have to call one more API.

The above is the real problem with REST APIs.

Whereas in GraphQL you need to call only one API, e.g

Let’s summarise a few of the problems with REST APIs

How to write GraphQL API?

The GraphQL is the thinnest layer in the application codebase, which doesn’t contain any business logic, this layer only helps as an interface to interact with services or data sources. This layer is more like a controller layer.

The GraphQL API is built using the following main components:

The types are the data models in GraphQL which is strictly typed. These types indirectly help in API documentation to the client.

The queries are used to create an interface where the client can put their queries and GraphQL *resolves it and responds with the data. To set up the query, *GraphQL *needs to have strictly typed schema. These schemas also help in creating the documentation which helps the clients to get details what properties it can query from one *GraphQL API.

Compared to REST the query helps in writing all the GET APIs.

As the name suggests, the mutations are used to create the interface through which the client can create resources or update the resources.

Compared to REST the mutations helps in writing the POST, PUT and DELETE APIs.

In the following example, we are creating a mutation which takes the name, release year and list of actors as input to create a new movie and returns the newly created movie.

Please note the Actor is ActorInput, it is another model representing the input fields of the actor.

What does it take to replace REST API with GraphQL?

Please note the mutation and query looks like the function header. We would need to define a query resolver class, and it should contain an equivalent name of the function definition to perform the task. Those functions can inject other services and interact with the data source.

I hope this gives a better understanding of how the queries are resolved.

So to answer in short you just need to replace the controller layer of your REST APIs with Query resolver and define these types and GraphQL schema. And everything from services to data source and ORM (if any) remains as it is. Isn’t it super awesome? 😎

Though this needs more details and more things are involved when migrating from REST to GraphQL, but this is the crux of it and I hope you get it.

There are many more topics we need to discuss in detail, follow me and keep an eye on this place. In the next few posts I will write in detail about the following topics:

Graphql vs Rest: “What the Fudge” Issues I Faced Consuming a 50+ Endpoint Rest API

We see a lot of articles that tout the features of graphql, praising its advantages over rest API’s, I do mostly agree with these articles, but I’ll like to present its advantages from another perspective — by elaborating some issues I had integrating a 50+ rest api in an app. Graphql vs Rest: “What the Fudge” Issues I Faced Consuming a 50+ Endpoint Rest API. Personal insight into the advantages of Graphql