Building an Analytics Dashboard with Django 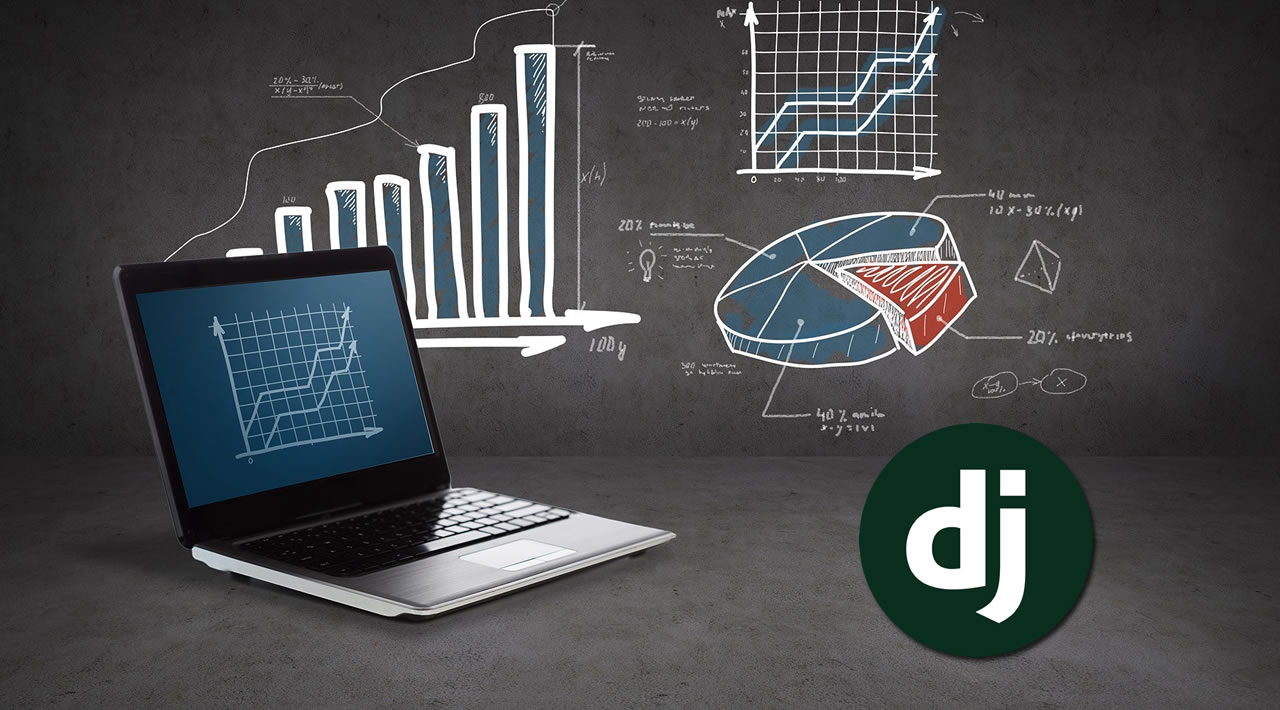 In this Python Django tutorial, you'll learn how to build an analytics dashboard using Django App, a high-level Python Web framework. After you complete it, you’ll have a Django-powered app with interactive pivot tables & charts.

Python, data visualization, and programming are the topics I'm profoundly devoted to. That’s why I’d like to share with you my ideas as well as my enthusiasm for discovering new ways to present data in a meaningful way.

The case I'm going to cover is quite common: you have data on the back end of your app and want to give it shape on the front end. If such a situation sounds familiar to you, then this tutorial may come in handy.

After you complete it, you’ll have a Django-powered app with interactive pivot tables & charts.

To confidently walk through the steps, you need a basic knowledge of the Django framework and a bit of creativity. ✨

Here's a brief list of tools we’re going to use:

If you have already set up a Django project and feel confident about the basic flow of creating apps, you can jump straight to the Connecting data to Flexmonster section that explains how to add data visualization components to it.

Getting started with Django

First things first, let’s make sure you’ve installed Django on your machine. The rule of thumb is to install it in your previously set up virtual environment - a powerful tool to isolate your projects from one another.

Also, make sure you’ve activated in a newly-created directory. Open your console and bootstrap a Django project with this command:

Next, create a new app in your project. Let’s name it dashboard:

Here we go. Now we see a new directory within the project. It contains the following files:

__init__.py to make Python treat it as a package

models.py - classes that will be converted to database tables by the Django’s ORM

views.py - functions & classes that define how the data is displayed in the templates

Afterward, it’s necessary to register the app in the project. Go to analytics_project/settings.py and append the app's name to the INSTALLED_APPS list:

Now our project is aware of the app’s existence.

In the dashboard/views.py, we’ll create a function that directs a user to the specific templates defined in the dashboard/templates folder. Views can contain classes as well.

Here’s how we define it:

Once called, this function will render dashboard_with_pivot.html - a template we'll define soon. It will contain the pivot table and pivot charts components.

A few more words about this function. Its request argument, an instance of HttpRequestObject, contains information about the request, e.g., the used HTTP method (GET or POST). The method render searches for HTML templates in a templates directory located inside the app’s directory.

We also need to create an auxiliary method that sends the response with data to the pivot table on the app's front-end. Let's call it pivot_data:

Likely, your IDE is telling you that it can’t find a reference Order in models.py. No problem - we’ll deal with it later.

For now, we’ll take advantage of the Django template system.

Let's create a new directory templates inside dashboard and create the first HTML template called dashboard_with_pivot.html. It will be displayed to the user upon request. Here we also add the scripts and containers for data visualization components:

To call the views and display rendered HTML templates to the user, we need to map the views to the corresponding URLs.

Go to analytics_app/urls.py and add relevant configurations for the dashboard app at the project's level.

Now the URLs from the dashboard app can be accessed but only if they are prefixed by dashboard.

After, go to dashboard/urls.py (create this file if it doesn’t exist) and add a list of URL patterns that are mapped to the view functions:

And, at last, we've gotten to data modeling. This is my favorite part.

As you might know, a data model is a conceptual representation of the data stored in a database.

Since the purpose of this tutorial is to show how to build interactive data visualization inside the app, we won’t be worrying much about the database choice. We’ll be using SQLite - a lightweight database that ships with the Django web development server.

But keep in mind that this database is not the appropriate choice for production development. With the Django ORM, you can use other databases that use the SQL language, such as PostgreSQL or MySQL.

For the sake of simplicity, our model will consist of one class. You can create more classes and define relationships between them, complex or simple ones.

Imagine we're designing a dashboard for the sales department. So, let's create an Order class and define its attributes in dashboard/models.py:

Working with a database

Now we need to create a database and populate it with records.

But how can we translate our model class into a database table?

This is where the concept of migration comes in handy. Migration is simply a file that describes which changes must be applied to the database. Every time we need to create a database based on the model described by Python classes, we use migration.

The data may come as Python objects, dictionaries, or lists. This time we'll represent the entities from the database using Python classes that are located in the models directory.

Create migration for the app with one command:

Here we specified that the app should tell Django to apply migrations for the dashboard app's models.

After creating a migration file, apply migrations described in it and create a database:

If you see a new file db.sqlite3 in the project's directory, we are ready to work with the database.

Let's create instances of our Order class. For this, we'll use the Django shell - it's similar to the Python shell but allows accessing the database and creating new entries.

So, start the Django shell:

And write the following code in the interactive console:

Similarly, you can create and save as many objects as you need.

And here's what I promised to explain.

Let's figure out how to pass the data from your model to the data visualization tool on the front end.

To make the back end and Flexmonster communicate, we can follow two different approaches:

In my mind, the second one is the most convenient because of a number of reasons. First of all, Flexmonster understands JSON. To be precise, it can accept an array of JSON objects as input data. Another benefit of using async requests is the better page loading speed and more maintainable code.

Let's see how it works.

Here we've created two div containers where the pivot grid and pivot charts will be rendered.

Within the ajax call, we make a request based on the URL contained in the data-URL property. Then we tell the ajax request that we expect a JSON object to be returned (defined by dataType).

Once the request is completed, the JSON response returned by our server is set to the data parameter, and the pivot table, filled with this data, is rendered.

The query result (the instance of JSONResponse) returns a string that contains an array object with extra meta information, so we should add a tiny function for data processing on the front end. It will extract only those nested objects we need and put them into a single array. This is because Flexmonster accepts an array of JSON objects without nested levels.

After processing the data, the component receives it in the right format and performs all the hard work of data visualization. A huge plus is that there’s no need to group or aggregate the values of objects manually.

Here's how the entire script in the template looks:

Don't forget to enclose this JavaScript code in <script> tags.

Phew! We’re nearly there with this app.

This is a nice feature to have - we can elegantly separate data and its presentation right in the report's configuration.

Add it to the dataSource property of the report:

To make the dashboard, we’ve rendered two instances of Flexmonster (you can create as many as you want, depending on the data visualization goals you want to reach). One is for the pivot table with summarized data, and the other is for the pivot charts.

Both instances share the same data source from our model. I encourage you to try making them work in sync: with the reportchange event, you can make one instance react to the changes in another one.

You can also redefine the ‘Export’ button’s functionality on the Toolbar to make it save your reports to the server.

This time we learned how to create a simple Django app and display the data on the client side in the form of an analytics dashboard.

I do hope you enjoyed the tutorial!

Please leave your comments below - any feedback on the code’s improvement is highly appreciated.

The source code for the tutorial can be found on GitHub.

Learn about the basics of WEB DEVELOPMENT using DJANGO to build blog applications that have the (CRUD) Create, Read, Update, Delete functionality. Django is a widely used free, open-source, and high-level web development framework. This tutorial doesn't use any FrontEnd technologies like Javascript, CSS, etc. but focuses on basic yet essential concepts that are needed in every Django Web Development.