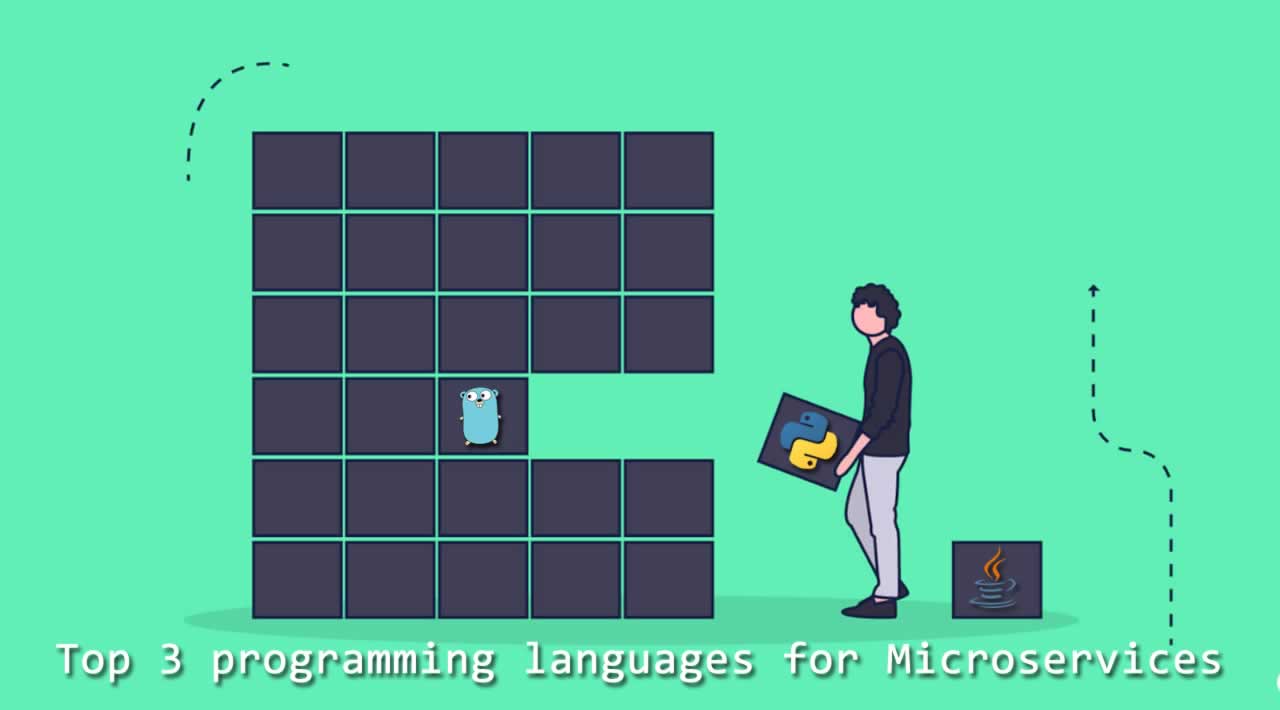 Actually, almost any language meets microservices developing needs. Though the process by itself may be not as effortless as desired. It is time to discover the Top #3 programming languages for writing microservices!

Today Microservices are a significant part of the whole digital world. They have demonstrated high results and capability: speedy TTM, better scalability, the productivity of development, etc. Largest tech companies such as Netflix, Uber, and Groupon as well as small local development teams have adopted microservices already.

There is thus a trade-off when choosing a programming language for creating Microservices.

As has been stated, there are no strict rules for choosing a framework or a language for building Microservices. Still, some of the programming languages have better options for the patterns and principles of implementation around Microservices Architecture.

That’s important to know that frameworks and programming languages have some requirements to be suitable for Microservices creation. Take a glance at the list of necessary elements:

It’s not for nothing that Java is so popular among developers. There are plenty of advantages in Java such as code readability, maintainability and lots of Microservices frameworks (Spring Boot, Play!, DropWizard, Spark Java, Swagger, and Jersey). Now we are going to consider just some of them:

Goland (also known as Go) is famous for its quickness and possibility of concurrency in terms of microservices creation. If concurrency is accomplished expertly in Golang, you can expect enhanced productivity of various cores and machines. Also, Go offers some impressive frameworks:

So now it’s pretty clear why Golang has found favour among developers for microservices creating.

RESTful access to making APIs by applying web protocols like HTTP and toolkits for remote object search and manipulation is what Python famous for. See what makes Python appropriate for creating Microservices!

Wrapping it up, that would be right to refer to a recent report by Red Hat. It says that in Microservices building 45% DevOps prefer to concentrate on choosing the right tool for a certain task instead of focusing on a language choice. And we totally agree with this point of view. Before looking to hire developers or develop the project yourself, make sure you make the right programming language choice.