Lists and Loops in Python 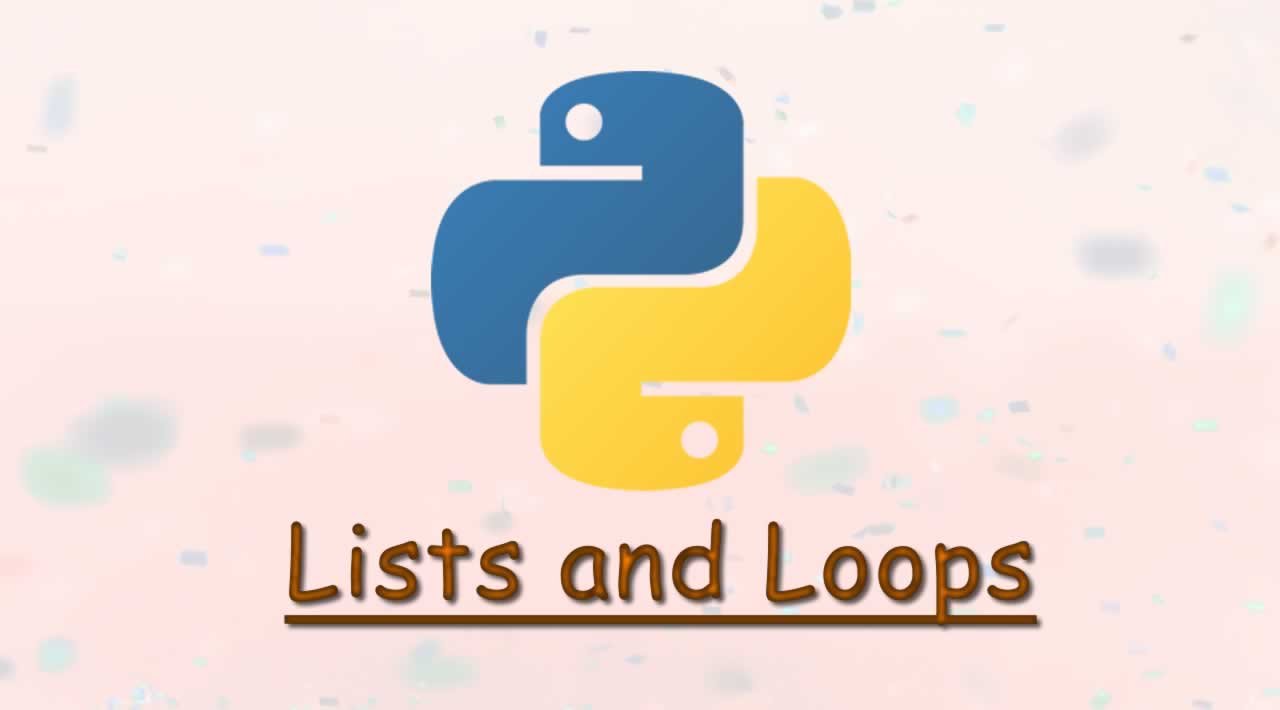 In this tutorial, we assume you know the very fundamentals of Python, including working with strings, integers, and floats

Lists are one of the most powerful data types in Python. In this Python List Tutorial, you’ll learn how to work with lists while analyzing data about mobile apps.

In this tutorial, we assume you know the very fundamentals of Python, including working with strings, integers, and floats.

Each value in the table is a data point. For instance, the first row (after the column titles) has five data points:

Using our understanding of Python types, we might think we could store each data point in its own variable — for instance, this is how we might store the first row’s data points:

Creating a variable for each data point in our data set would be a cumbersome process. Fortunately, we can store data more efficiently using lists. This is how we can create a list of data points for the first row:

After we created the list, we stored it in the computer’s memory by assigning it to a variable named row_1.

To create a list of data points, we only need to:

Now let’s create five lists, one for each row in our dataset:

For small lists, we can just count the data points on our screens to find the length, but the len() command will prove very useful whenever you work with lists containing many elements, or need to write code for data where you don’t know the length ahead of time.

Each element (data point) in a list has a specific number associated with it, called an index number. The indexing always starts at 0, so the first element will have the index number 0, the second element the index number 1, and so on.

To quickly find the index of a list element, identify its position number in the list, and then subtract 1. For example, the string 'USD' is the third element of the list (position number 3), so its index number must be 2 since 3 – 1 = 2.

The index numbers help us retrieve individual elements from a list. Looking back at the list row_1 from the code example above, we can retrieve the first element (the string 'Facebook') with the index number 0 by running the code row_1[0].

This is how we can retrieve each element in row_1:

Retrieving list elements makes it easier to perform operations. For instance, we can select the ratings for Facebook and Instagram, and find the average or the difference between the two:

Let’s use list indexing to extract the number of ratings from the first three rows and then average them:

In Python, we have two indexing systems for lists:

In practice, we almost always use positive indexing to retrieve list elements. Negative indexing is useful when we want to select the last element of a list — especially if the list is long, and we can’t tell the length by counting.

Notice that if we use an index number that is outside the range of the two indexing systems, we’ll get an IndexError.

Let’s use negative indexing to extract the user rating (the last value) from each of the first three rows and then average them.

Instead of selecting list elements individually, we can use a syntax shortcut to select two or more consecutive elements:

When we select the first n elements (n stands for a number) from a list named a_list, we can use the syntax shortcut a_list[0:n]. In the example above, we needed to select the first three elements from the list row_3, so we used row_3[0:3].

When we selected the first three elements, we sliced a part of the list. For this reason, the process of selecting a part of a list is called list slicing.

When we need to select the first or last x elements (x stands for a number), we can use even simpler syntax shortcuts:

Let’s look at how we extract the first four elements from the first row (with data about Facebook):

The last three elements from that same row:

And elements three and four from the fifth row (with data about Pandora):

Previously, we introduced lists as a better alternative to using one variable per data point. Instead of having a separate variable for each of the five data points 'Facebook', 0.0, 'USD', 2974676, 3.5, we can bundle the data points together into a list, and then store the list in a single variable.

So far, we’ve been working with a data set having five rows, and we’ve been storing each row as a list in a separate variable (the variables row_1, row_2, row_3, row_4, and row_5). If we had a data set with 5,000 rows, however, we’d end up with 5,000 variables, which will make our code messy and almost impossible to work with.

To solve this problem, we can store our five variables in a single list:

The data_set variable is still a list, which means we can retrieve individual list elements and perform list slicing using the syntax we learned. Below, we:

Above, we’ve seen two ways of retrieving the value 3.5. Both ways lead to the same output (3.5), but the second way involves less typing because it elegantly combines the steps we see in the first case. While you can choose either option, people generally choose the second one.

Let’s transform our five individual lists into a list of lists:

Previously in this mission, we were interested in computing the average rating of an app. This was a doable task when we were working with only three rows, but the more rows we add the harder it becomes. Using our strategy from earlier, we’ll:

As you can see, with five ratings this becomes complex. If we were working with data containing 1,000s of rows, it would require an impractical amount of code! We need to find a simple way to retrieve many ratings.

Let’s say we have a list [3, 5, 1, 2] assigned to a variable ratings, and we want to repeat the following process: for each element in ratings, print that element. This is how we could translate that into Python syntax:

In our first example above, the process we wanted to repeat was ”extract the last element for each list in app_data_set“. This is how we can translate that process into Python syntax:

Let’s try to get a better understanding of what happens above. Python isolates, one at a time, each list element from app_data_set, and assigns it to each_list (which basically becomes a variable that stores a list — we’ll discuss this more on the next screen):

The code in the last diagram above is a much more simplified and abstracted version of the code below:

Before writing any code, we need to indent the code we want repeated four space characters to the right:

Let’s use this technique to print the name and rating of each app:

Lists and For Loops in Python

The technique we’ve just learned is called a loop. Loops are an incredibly useful tool that are used to perform repetitive processes with Python lists. Because we always start with for (like in for some_variable in some_list:), this technique is known as a for loop.

These are the structural parts of a for loop:

The name of the interation variable can be whatever you like – if you replaced value in the code above with dog, the code will work exactly the same way. That said, it’s convention to use something that helps communicate what the data is.

Above, we created a way to sum up the numbers in a list. We can use this technique to sum up the ratings in our dataset. Once we have the sum, we only need to divide by the number of ratings to get the average value.

We’ve covered the fundamentals of for loops here, but if you’d like some more practice, we also have tutorials on for loop basics and advanced for loops that you can check out.

Now we’ll learn an alternative way to compute the average rating value. Once we create a list, we can add (or append) values to it using the append() command.

Unlike other commands we’ve learned, notice that append() has a special syntactical usage, following the pattern list_name.append() rather than being simply used as append().

Now that we know how to append values to a list, we can take the steps below to compute the average app rating:

Below, we can see the steps above implemented for our data set with five rows:

We can also use append() to add another row to our list of lists by appending the data as a list. Let’s look at how that works:

Now, let’s use the technique we learned above to calculate the average rating of all six apps:

In this tutorial we learned how to:

This Edureka session on Python Modules Tutorial will help you understand the concept of modules in python, why, and how we can use modules in Python.

Web scraping allows us to extract information from web pages. In this tutorial, you'll learn how to perform web scraping with Python and BeautifulSoup.The internet is an absolutely massive source of data. Unfortunately, the vast majority if it isn’t available in conveniently organized CSV files for download and analysis. If you want to capture data from many websites, you’ll need to try web scraping.