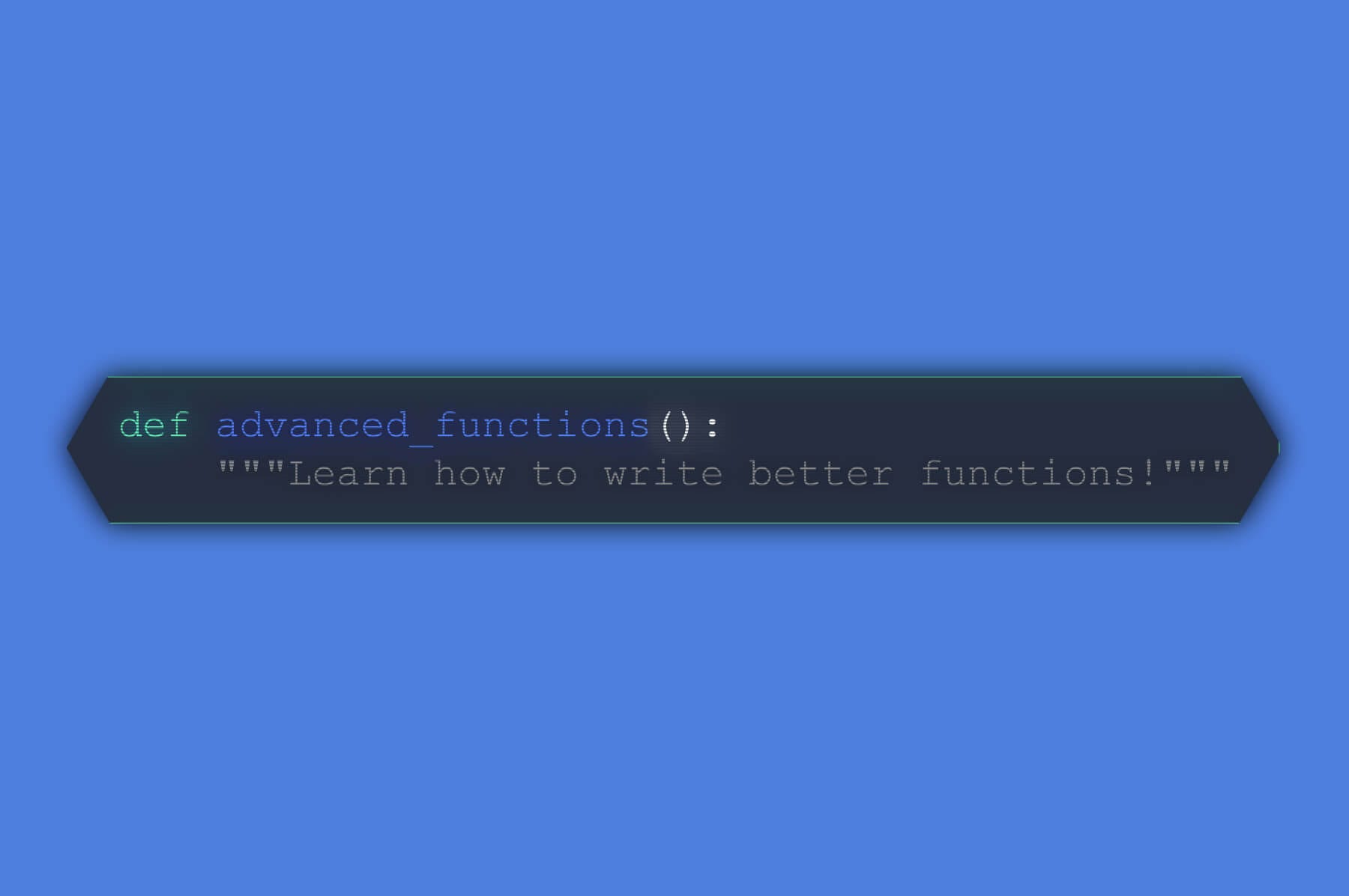 Learning to write better code — code that's readable, maintainable, and debuggable — is a crucial skill for being an effective part of a data science team.

Writing better code isn’t always front-of-mind when it comes to learning data science — we’re often more concerned with just getting the code to work, and making sure the analysis is sound.

But to work as part of an effective data science team, you’ve got to be able to write code that’s readable, maintainable, testable, and debuggable, not just code that’s functional.

It’s an in-depth Python functions course that’s designed to show you how to write better code using functional programming. If you’re working in data — or aspire to work in data — this course covers critical skills for making your code easier to read, maintain, test, and debug.

Are functions from programming really functions? If you are reading this, then most probably you already know quite well what functions are in programming.

Reducing sequence to a single output value! Functional Programming: Reduce() Function in Python. In the previous string of articles, I have talked about the importance of immutable data structures in functional programming. I have also covered the filter() function in the last article. Let’s start from where we left. In this article, I will be talking about the reduce() function.