How to use destructuring in JavaScript 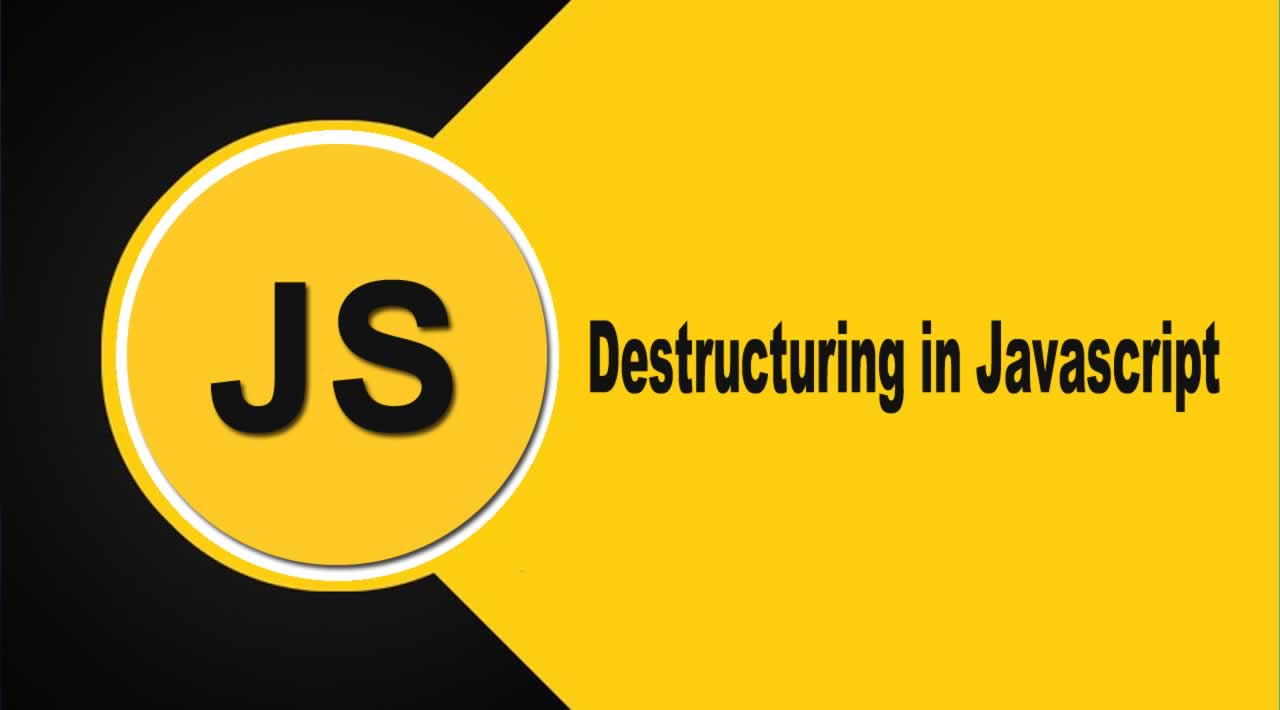 How to use destructuring in JavaScript - Destructuring applies to arrays and objects. It consists in breaking down complex structures (array, object) to extract the values we are interested in. Those manipulations make the code simpler and easier to read.

The syntax is different wether it is an array or an object.

A concrete example of breaking arrays down is when you want to get values from an array.

Without destructuring, here is how we can get the values from an array to use them.

The two bits of code are similar, the result is the same. In each case, the variable type, firstEl, secondEl, thirdEl are created.

If we stop here, this syntax has not a great interest except sparing us three lines of code. But destructuring has a lot more in store that will make you time efficient.

Example : If I only want to get the type and the second element back.

You just have to add a coma between args[0] and args[2] without specifying the variable name of args[1].

Example : If args is empty, my variables type and secondEl will be created but will have undefined as value. To be able to continue working with it, I would have to test my variables. But I can also assign them default values.

Example :  If I want to get back to the type of my elements in a variable, but it would be easier for me to have the list of elements in an array to loop on.

Here type will have "fruits" as value and elements will have ['pomme', 'poire', 'abricot'].

You can also use destructuring in case you would not think about it usually :

Example : If I want to swap the values of two variables.

Logically valA will have "byebye" as a value and valB will have "coucou".

Example : Destructuring can be used to work with functions that return arrays.

The interest here is the readability of the code. Of course, you will need to be sure of the order of the returned values by the used function.

Example : It is possible to use destructuring as function parameter.

firstIsTrue() take an array in parameter. Only the first value will be transmitted to the function and if the array is empty : first will have false as value.

For the function user, everything is transparent.

Destructuring objects is quite similar to arrays with a few specificities. We will cover that quickly to stop on more interesting notions.

Example : Retrieval of one of our keys

Standard example where we only want the title. You will note that we use brackets instead of square brackets when it is an object.

You only want visibility and a false by default.

Example : Using an other name for a key

Here, we only retrieve the key content that we are stocking in the article variable.

The real syntax of destructuring is the one used in this example. In other examples, we used a tip from ES2015 that prevent us from writing the same thing twice when possible. Just remind that { visible: visible } is equal{ visible }.

We retrieve the key visible that we are stocking in the variable isVisible. This variable will be by default false.

It is the case in which I use the most destructuring. It saves so much time.

You probably already wrote some function with an options parameter that gather all your options in an object.Think about all that wasted time and that number of lines you had to write to test this parameter before even coding business logic.

As for destructuring an array, using it in paramaters is absolutely transparent for users but it changes your whole life.

maxLength and current will never be undefined, will always have a value, either the users or the default one. It will lighten your code as you will not be doing options.maxLength anymore but just maxLength as if it was a simple parameter as id.

I really hope I convinced you to try it. Destructuring is, for me, one of the biggest ES2015 new feature.

A powerful function to use without moderation to make your code simpler, clearer, beautiful, cleaner... And you know how I like clean code.

Modern JavaScript From The Beginning

Understanding the Spread Operator in JavaScript

JavaScript array methods you should know