Top 3 Programming Languages to Learn in 2020 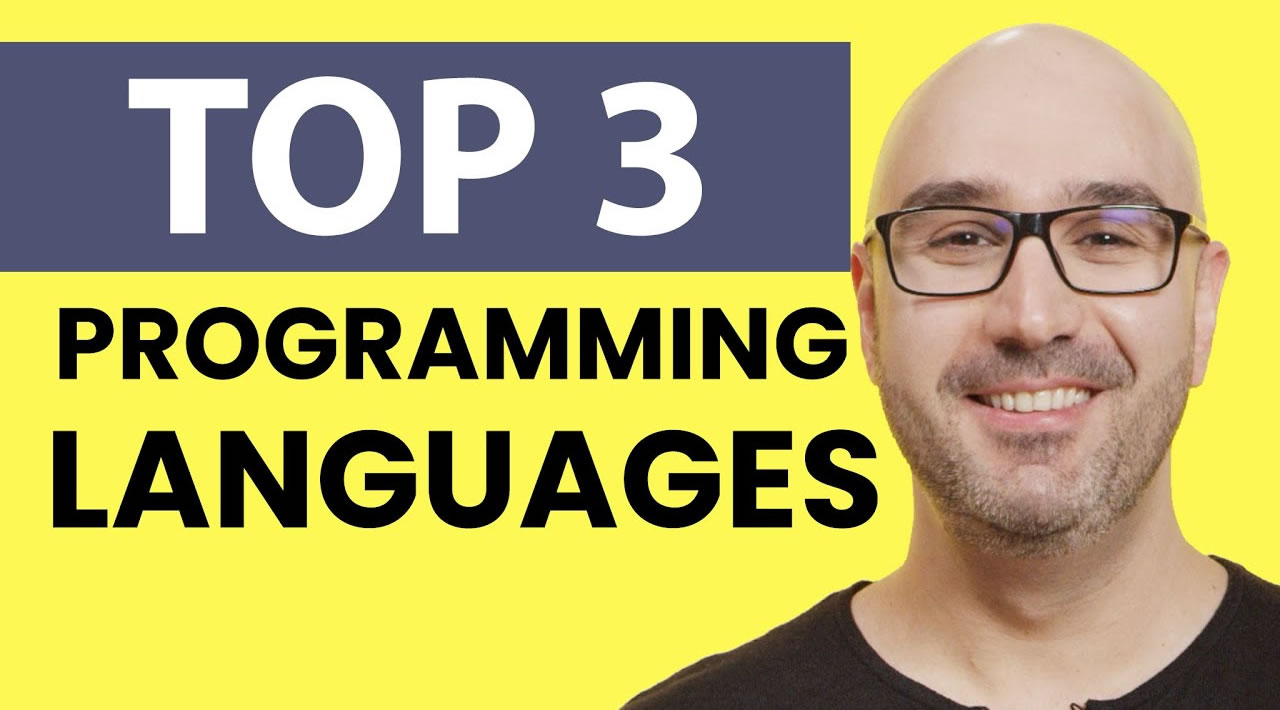 It is a good time to review the top three programming languages to learn in 2020. If you're looking for a job in AI or web or mobile development, this article is for you. Top 3 Programming Languages To Learn In 2020 - Python, JavaScript and Java that have been voted as the top programming languages across several surveys and studies. In this post, we will look into each of these languages learn their key characteristics and how they differ from each other.

Alright, let’s see this image below with the google trends for the top programming languages that have been trending and will be the best choice for you to learn in 2020.

It is Python, JavaScript and Java that have been voted as the top programming languages across several surveys and studies. In this blog post, we will look into each of these languages learn their key characteristics and how they differ from each other.

Python is one of the most liked programming languages of all time. It is extremely simple to use and free of any clutter.

The average salary of a Python developer in the United States is $118,626 per year.

In the Stackoverflow survey of 2019, Python ranks as the most wanted programming language of the year by developers. This doesn’t surprise me because Python is known to be a developer friendly language.

Let’s write some code to understand what Python’s syntax looks like. Let’s write a simple program to check if the user entered number is odd or even.

For those of you new to Python, you will notice that this syntax looks way different from the other programming languages. There are no curly braces, no classes, and no public/private modifiers. It is extremely simple and free off clutter. This is one of the reasons that Python is so appealing to developers. Now let’s look at the result of running the above program.

Here is a quick summary of why Python is ranked as one of the top programming languages today.

Python is so developer friendly and popular, but there are always some drawbacks in every programming language. Here is a list of why Python may not be a good choice.

The average salary of a Java Developer in the United State is $103,464 per year.

Let’s look at some Java Code

Let’s write the same program we wrote earlier using Python in Java now. The program takes the user’s input and checks if the number is odd or even.

Notice here that the syntax looks entirely different from Python. Here we have introduced concepts like class, public/private access, **scanner** and so on. Java programs are more structured in comparison to languages like Python. Everything in Java needs to be within a class or an interface.

Here is a quick summary on why you should learn Java:

Alright, let’s explore why not Java.

The average JavaScript Developer salary in the United States is $113,615 **per year**

For the seventh year in a row, JavaScript has ranked as the most popular programming language, in a survey conducted by StackOverflow.

In the code snippet below, we have written a function isEven that takes in a number and checks if it is even or odd. The console.log is used to log the answer to the console. This will not be displayed to the end-user. The console logging is useful to developers for testing and debugging purposes.

There are plenty of reasons why you should learn JavaScript in the year 2020. Here are some of them listed below: