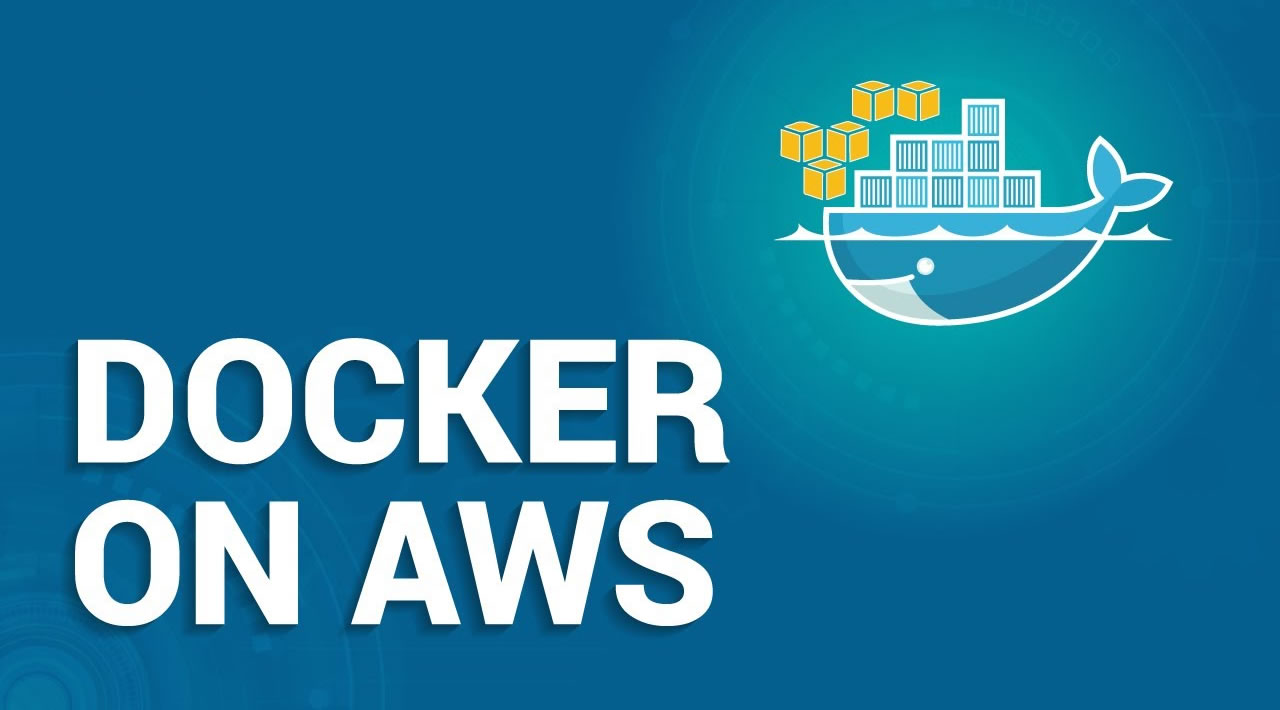 Serverless containers with AWS Fargate. Running a serverless Node.js app on AWS ECS. Learn how to use Docker with key AWS services to deploy and manage container-based applications. Running Docker on AWS provides developers and admins a highly reliable, low-cost way to build, ship, and run distributed applications at any scale.

We're going to containerize a node.js project that renders a simple static site and deploy it to an Amazon ECS Fargate cluster. I will supply all the code at https://github.com/austinloveless/Docker-on-AWS.

Now that we have our prerequisites installed we can build our application. This project isn't going to focus on the application code, the point is to get more familiar with Docker and AWS. So you can download the Repo and change directories into the Docker-on-AWS directory.

If you wanted to run the app locally and say screw docker you can run npm install in side the Docker-on-AWS directory. Then run node app.js. To see the site running locally visit http://localhost:80.

Now that we have docker installed and the repo downloaded we can look at the Dockerfile. You can think of it as a list of instructions for docker to execute when building a container or the blueprints for the application.

At the top we are declaring our runtime which is node:12.4-alpine. This is basically our starting point for the application. We're grabbing this base image "FROM" the official docker hub node image.

If you go to the link you can see 12.4-alpine. The "-alpine" is a much smaller base image and is recommended by docker hub "when final image size being as small as possible is desired". Our application is very small so we're going to use an alpine image.

Next in the Dockerfile we're creating an /app directory and setting our working directory within the docker container to run in /app.

Now that we've gone over the boring details of a Dockerfile, lets actually build the thing.

So when you installed Docker Desktop it comes with a few tools. Docker Command Line, Docker Compose and Docker Notary command line.

We're going to use the Docker CLI to:

The command for building an image is docker build [OPTIONS] PATH | URL | -. You can go to the docs to see all the options.

In the root directory of the application you can run docker build -t docker-on-aws .. This will tag our image as "docker-on-aws".

To verify you successfully created the image you can run docker images. Mine looks like docker-on-aws latest aa68c5e51a8e About a minute ago 82.8MB.

Now we are going to run our newly created image and see docker in action. Run docker run -p 80:80 docker-on-aws. The -p is defining what port you want your application running on.

You can now visit http://localhost:80.

We're going to push the image we just created to Amazon ECR, Elastic Container Registry, create an ECS cluster and download the image from ECR onto the ECS cluster.

Before we can do any of that we need to create an IAM user and setup our AWS CLI.

We're going to build everything with the AWS CLI.

Go to the AWS Console and search for IAM. Then go to "Users" and click the blue button "Add User".

Click "Next: Permissions" and select "Attach exisiting policies directly" at the top right. Then you should see "AdministratorAccess", we're keeping this simple and giving admin access.

Click "Next: Tags" and then "Next: Review", we're not going to add any tags, and "Create user".

Now you should see a success page and an "Access key ID" and a "Secret access key".

Take note of both the Access Key ID and Secret Access key. We're going to need that to configure the AWS CLI.

Open up a new terminal window and type aws configure and input the keys when prompted. Set your region as us-east-1.

To create an ECS Cluster you can run the command aws ecs create-cluster --cluster-name docker-on-aws.

We can validate that our cluster is created by running aws ecs list-clusters.

Pushing an Image to Amazon ECR

Now that the CLI is configured we can tag our docker image and upload it to ECR.

First, we need to login to ECR.

Run the command aws ecr get-login --no-include-email. The output should be docker login -u AWS -p followed by a token that is valid for 12 hours. Copy and run that command as well. This will authenticate you with Amazon ECR. If successful you should see "Login Succeeded".

Create an ECR Repository by running aws ecr create-repository --repository-name docker-on-aws/nodejs. That's the cluster name followed by the image name. Take note of the repositoryUri in the output.

We have to tag our image so we can push it up to ECR.

Uploading a node.js app to ECS

Creating an ecsTaskExecutionRole with the AWS CLI

I have created a file called task-execution-assume-role.json that we will use to create the ecsTaskExecutionRole from the CLI.

Take the "Arn" you copied earlier and paste it into the node-task-definition.json file for the executionRoleArn.

Once your IAM role is created and you updated the node-task-definition.json file with your repositoryUri and executionRoleArn and you can register your task.

The final step to this process is creating a service that will run our task on the ECS Cluster.

We need to create a security group with port 80 open and we need a list of public subnets for our network configuration.

Now we need to get a list of our public subnets and then we can create the ECS Service.

Run aws ec2 describe-subnets in the output you should see "SubnetArn" for all the subnets. At the end of that line you see "subnet-XXXXXX" take note of those subnets. Note: if you are in us-east-1 you should have 6 subnets

Finally we can create our service.

Now that you have everything configured and running it's time to view the application in the browser.

To view the application we need to get the public IP address. Go to the ECS dashboard, in the AWS Console, and click on your cluster.

From there you should see a network section and the "Public IP".

Paste the IP address in the browser and you can see the node application.

Bam! We have a simple node application running in an Amazon ECS cluster powered by Fargate.

Also, I attached some links here for more examples of task definitions you could use for other applications.

How to Build a Secure AWS Lambda API with Node.js and React

Build a secure serverless API using AWS Lambda functions, Node.js, and React. Serverless architecture with AWS Lambdas is quickly becoming a popular option for companies looking to deploy applications without the overhead of maintaining servers. AWS Lambda functions are event-driven and serverless—triggered to process a piece of code and return a result. AWS Lambdas can be written in most common languages today on a variety of platforms including .NET Core, Java, Go and, in the case of this post, Node.js.