What Are SQL Injection Attacks And How To Prevent Them? 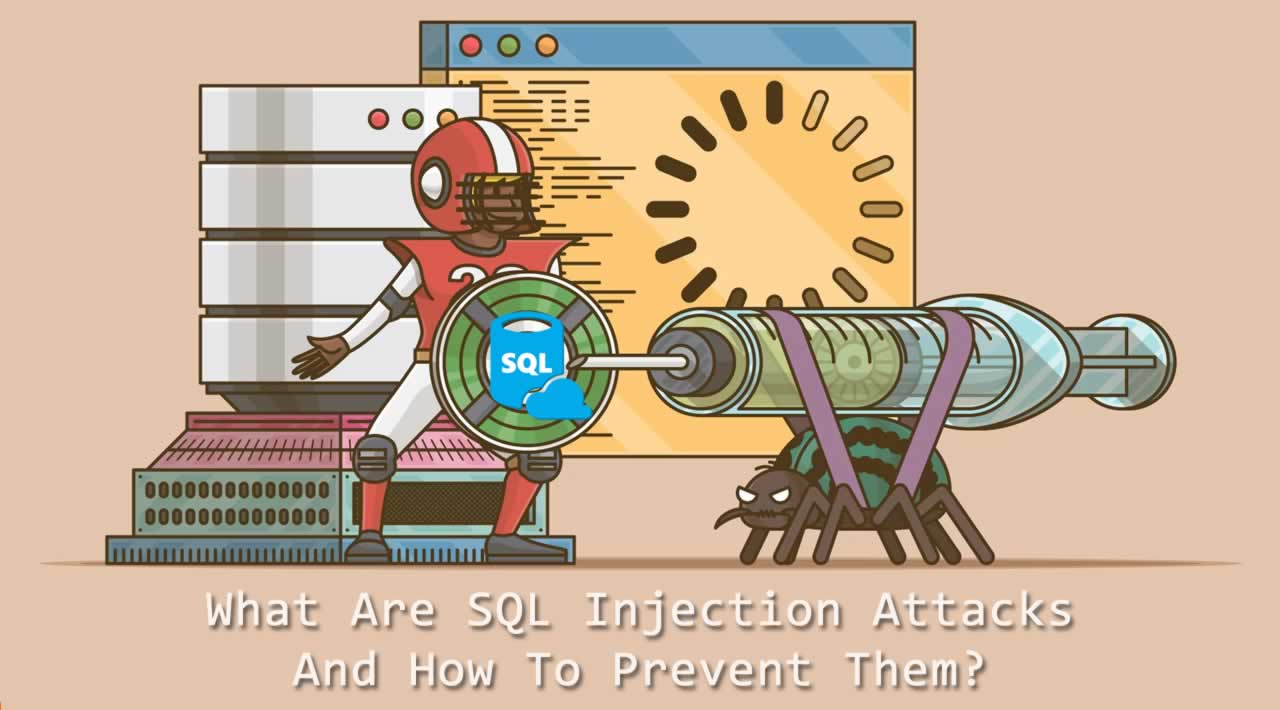 Today’s applications are fraught with vulnerabilities. Since 2003, SQL Injection has remained in the OWASP Top ten list of application security risks that companies are wrestling with. In this article, we will explore SQL Injection Attack and ways to prevent it.

With advancement in technology, modern society has accomplished many unthinkable goals. However, as technology develops, so does the risk involved in using it. Same is the case with web applications. Today’s applications are fraught with vulnerabilities. Since 2003, SQL Injection has remained in the OWASP Top ten list of application security risks that companies are wrestling with. In this article, we will explore SQL Injection Attack and ways to prevent it. Let’s take a look at topics covered in this article:

What is SQL Injection Attack?

In the early days of the internet, building websites was a simple process: no JavaScript, no, CSS and few images. But as the websites gained popularity the need for more advanced technology and dynamic websites grew. This led to the development of server-side scripting languages like JSP and PHP. Websites started storing user input and content in databases. MySQL became the most popular and standardized language for accessing and manipulating databases. However, hackers found new ways to leverage the loopholes present in SQL technology. [*SQL Injection](https://morioh.com/p/578437dfa16a "") attack is one of the popular ways of targeting databases. *SQL Injection targets the databases using specifically crafted SQL statements to trick the systems into doing unexpected and undesired things.

What can SQL Injection do?

It all depends on the capability of the attacker, but sometimes an SQL Injection attack can lead to a complete takeover of the database and web application. Now, how does an attacker achieve that?

How do SQL Injection attacks work?

A developer usually defines an SQL query to perform some database action necessary for his application to function. This query has one or two arguments so that only desired records are returned when the value for that argument is provided by a user.

An SQL Injection attack plays out in two stages:

Consider the following example in which a website user is able to change the values of ‘$user’ and ‘$password’, such as in a login form:

This particular SQL statement is passed to a function which in turn sends the string to the connected database where it is parsed, executed and returns a result.

Now, if the input is not properly sanitized but the application, the attacker can easily insert carefully crafted value as input. For example something like:

So, what’s happening here? The highlighted part is the attacker’s input, it contains 2 special parts:

Once the query executes, the SQL injection effectively removes the password verification, resulting in an authentication bypass. The application will most likely log the attacker in with the first account from the query result — the first account in a database is usually of an administrative user.

Note that this is just one way of exploiting the SQL Queries to get the necessary information in an unofficial way. SQL Injection attacks are divided into multiple types.

What are the different types of SQL Injection attacks?

Attackers can extract data from servers by leveraging SQL Injection vulnerability in various ways. SQL Injection can be classified into three major categories:

These types of SQL Injection attacks are the least common and generally the most difficult to execute. They usually involve sending the data directly from the database server to a machine that is controlled by the attacker. Out-of-band techniques offer the attacker an alternative to In-band or Blind SQL Injection attacks, especially if the server responses are not very stable.

So, server-scripting languages are not able to determine if or not the SQL query string is malformed. All that they can do is send a string to the database server and wait for the interpreted response. But surely, there must be ways to sanitize user input and ensure that an SQL Injection is infeasible, right?

How can SQL Injection be prevented?

There are a lot of easy ways to avoid falling prey for SQL Injection attacks and to limit the damage they can cause. Few of them include:

SQL injection attacks are popular attack methods for cybercriminals, but by taking the proper precautions such as ensuring that data is encrypted, performing security tests and by being up to date with patches, you can take meaningful steps toward keeping your data secure.

There are a variety of ways a hacker may infiltrate an application due to web application vulnerabilities. So stay informed!

Got a question for us? Please mention it in the comments section of “What is SQL Injection ?” and we will get back to you.