Learn about all the new features of Angular 9 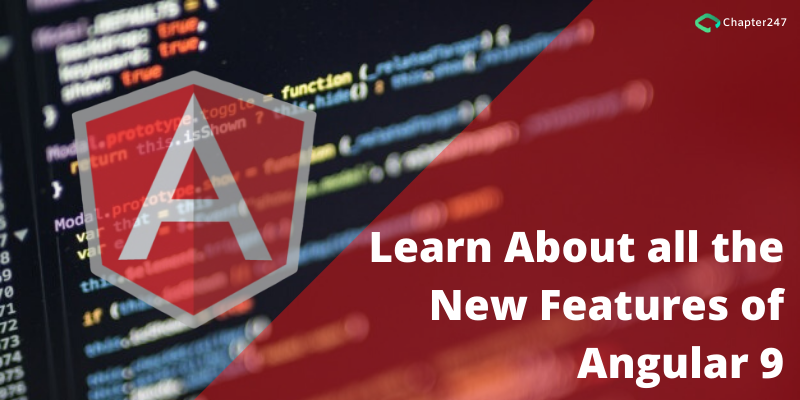 Google-driven Java Script has added to its glory yet another framework that is set to embolden the developer’s efforts to create applications. The Angular 9 Beta version was stated to release between the October and November 2019 time frame, but...

Google-driven Java Script has added to its glory yet another framework that is set to embolden the developer’s efforts to create applications. The Angular 9 Beta version was stated to release between the October and November 2019 time frame, but the beta stage has been released and has given a unique tool to improvise further before the actual Angular 9 hits the market.

Do you know what the best part about this successor is? Yes, you guessed it right! Here, Ivy generation compilation and rendering pipeline have become the default feature. Earlier it had to be enforced by the developers but now with Ivy Compiler becoming a default factor, it is all set to make things easier for developers.

Angular and Angular-based applications have become one of the most popular frameworks of Google which has given an all-new meaning to the web, mobile, and desktop applications. It has more than 55,000 stars on Github and has always been under the supervision and scrutiny of Google’s team of community members. The RC version or the release candidate version has all the qualities of making it big.

Let us discover its prime offerings.

Many users access web pages from their mobiles even when there is poor connectivity. This could be due to the size of downloadable assets. Developers provide incessant efforts to reduce the size of downloadable assets but it can prove to be an expensive affair. Now with smaller sizes of JavaScript bundles, Ivy is a welcome permanent addition to the family of Angular 9.

Once it had been added, Angular developers had to run the compiler by performing the NGC command in the project folder as given below

But now in the new version implementing the enable ivy option in the tsconfig.json file, is not required as Ivy renderer has become the default.

Safer than the previous versions

In the previous versions of Angular development, for testing of API’s a function called TestBed.get() had to be provided. After version 8 the intake of string values also ceases. This led to the Angular developer community extricate the safety issue. In this new version now, the team came up with TestBed.inject() and remonstrate the get function.

With the improvements in TestBed API, the inject function will do what the get does along with being type-safe concurrently.

Again another enriching feature is the Module with providers that makes immense sense and value to library owners. In the previous versions if you have used ModuleWithProviders then Angular developers would type it stringently or will not type at all. But with the new version Angular developers have to constantly adopt the across-the-board ModuleWithProviders type to display the module type. Initially, the declaration would look like the below-given illustration:

In the new version, the codebase will be migrated axiomatically after you give the command

For prime Angular based applications, the 9th version of Angular has arrived with few form changes. The is not a functional selector now for referencing an Angular form. Now with the new version** **is used. The warning that was given for using removed form tags has been removed in the new version. In this version, you can also utilize FormsModule rather than **FormsModule.withConfig. **

You will not find this in the Angular 8 Ivy display. The capability to use selector-less directives as base-class is the new feature of Angular 9. It has been added so as to ensure that Angular developers can benefit from Angular compilation.

Angular CLI can be utilized to accomplish the standard code which is important to create files for translators. This is done to ensure that publishing in the Angular based application happens in varied languages.

For instance, take into consideration an application with the mentioned HTML title in the English language.

You can add the i18n attribute to mark “Hello Good morning!” as a translatable text. I18b is the short form of internalization here. The addition would appear like:

Once the angular developers have configured Angular based applications you can run the xi18n command to derive localizable text into a file.

You can see a smidgen of generated messages. xlffile below:


You can then copy the messages.xlf files to the messages.es.xlf file as given below and reframe it to construct the app for Spanish accepting locations along with the translated composition.

Angular Core has some aggressive upgradations that will allure a major chunk of Angular developers. In order to see how Angular 9 adds dependency interjection support for PorvidedIn value, we need to this illustration below:

Thanks to the new version, service support for infused ecosystems like the VS Code and WebStorm has gone a complete rejuvenation. The definition of links with the new version will become more stable. The interpretation of style-based URLs will now be checked-off as template URLs. URLs that do not refer to the actual project file will also be distinguished.

TypeScriptHost enhancements also will be able to make out severity logging by debugging various mistakes and methods. For better testing of scripts a convenience script also has been added to the Angular V9.

Updates of the Angular components

For the CDK, there is an update about Hammer.js, which aids in supplementing gesture support and was essential to use CDK. In the new version, it is optional. If you want to import it you can do so with the given command:

Angular 9 Beta version is a great way to understand it thoroughly and provide preferred changes so that the actual version will come with the updated changes. The feedback gives and takes are going to be the most aggressive during this phase. 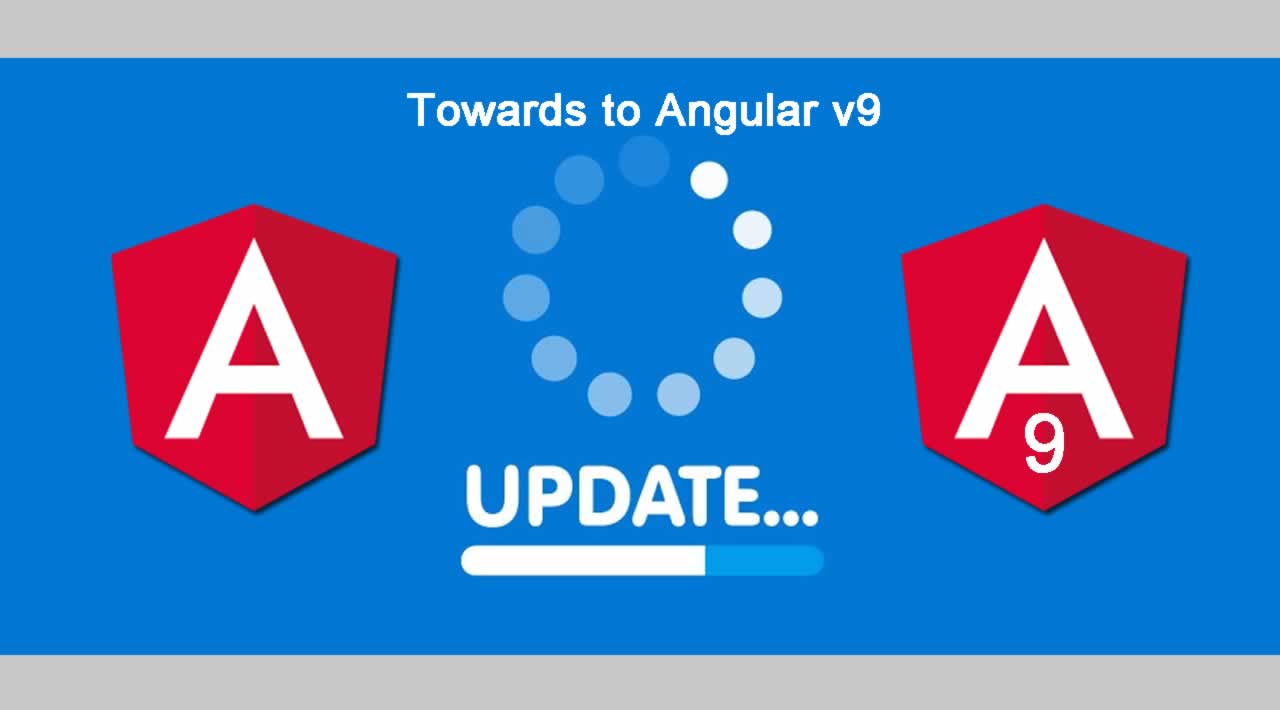 Now that Angular v8 is here, it’s time to embark on a new journey: towards the next release! It’s never too soon to look forward to the future, and we are already watching for Angular v9\. What’s new? We are almost there! The latest update has moved up to a release candidate and a guide on how to update to version 9.

Now that Angular v8 is here, it’s time to embark on a new journey: towards the next release! It’s never too soon to look forward to the future, and we are already watching for Angular v9. What’s new? We are almost there! The latest update has moved up to a release candidate and a guide on how to update to version 9.

Angular updated their changelog on GitHub and now we are one step closer to the release of Angular 9. The time has come and we are officially in the release candidate stage!

Check out the Updating to Angular Version 9 guide.

From the updating guide, be aware of the breaking changes and deprecations that come with v9.

The following APIs are deprecated in v9.

Users not using the CLI will need to manually install tslib via;

This should impact very few users and the users that are impacted have a very easy upgrade path to switch to fetching the protractor_web_test_suite rule via the @bazel/protractor npm package.

This was exported to be availble to the CLI integration but was never used. The change to the function signature is a breaking change in itself so we remove the function altogether to simplify and lower the public API surface going forward.

After following the long road towards Angular v8, it successfully launched on May 28, 2019, with new features, changes, and improvements galore.

Now, we embark on a new journey: towards Angular v9! Let’s follow the latest changes and additions. Head on over to the changelog on GitHub to keep track of the news.

Be the first to share this article with your network! Thank you so much!

What is new Renderer in Angular 9? 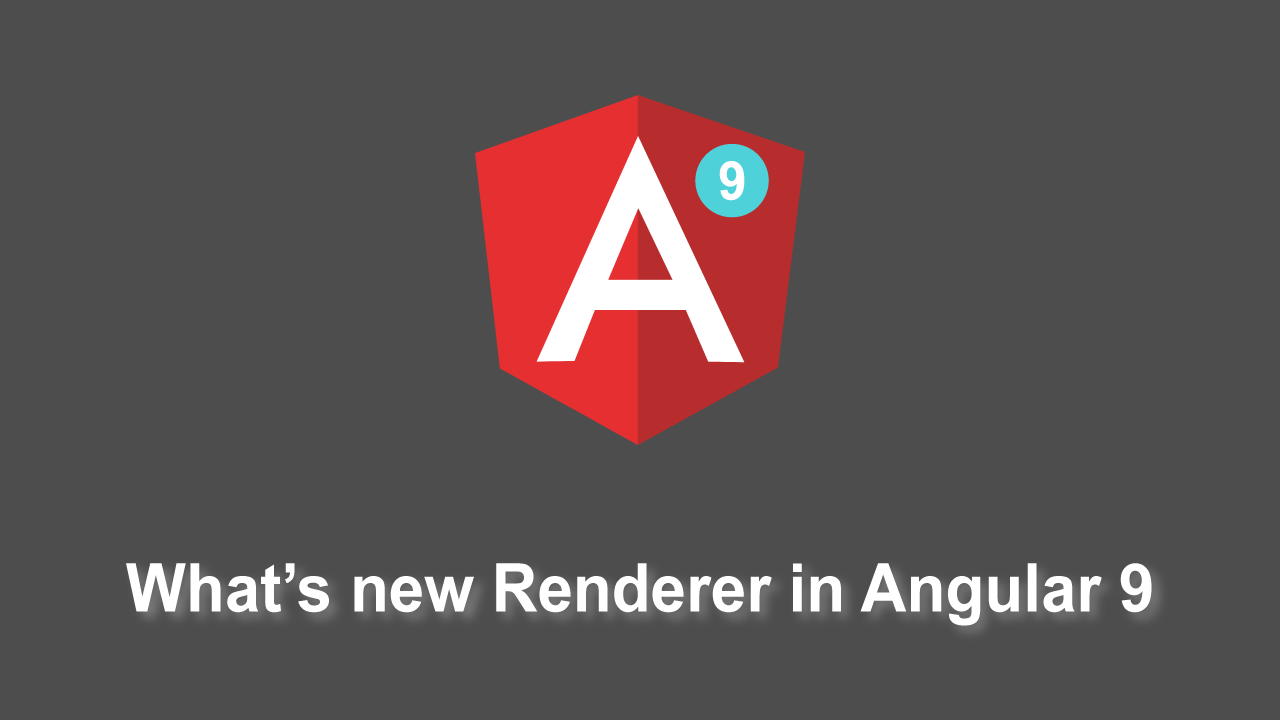 Angular 9 Tutorial: Ivy is a complete rewrite of Renderer2 and significantly changes the way the framework renders our applications. Angular's new renderer.

Ivy is a complete rewrite of Renderer2 and significantly changes the way the framework renders our applications. In this high-level overview of the changes, Sumit will introduce you to:

Extend this base class to implement custom rendering. By default, Angular renders a template into DOM. You can use custom rendering to intercept rendering calls, or to render to something other than DOM.

Use a custom renderer to bypass Angular's templating and make custom UI changes that can't be expressed declaratively. For example if you need to set a property or an attribute whose name is not statically known, use the setProperty() or setAttribute() method.

How to Create Components in Angular 9 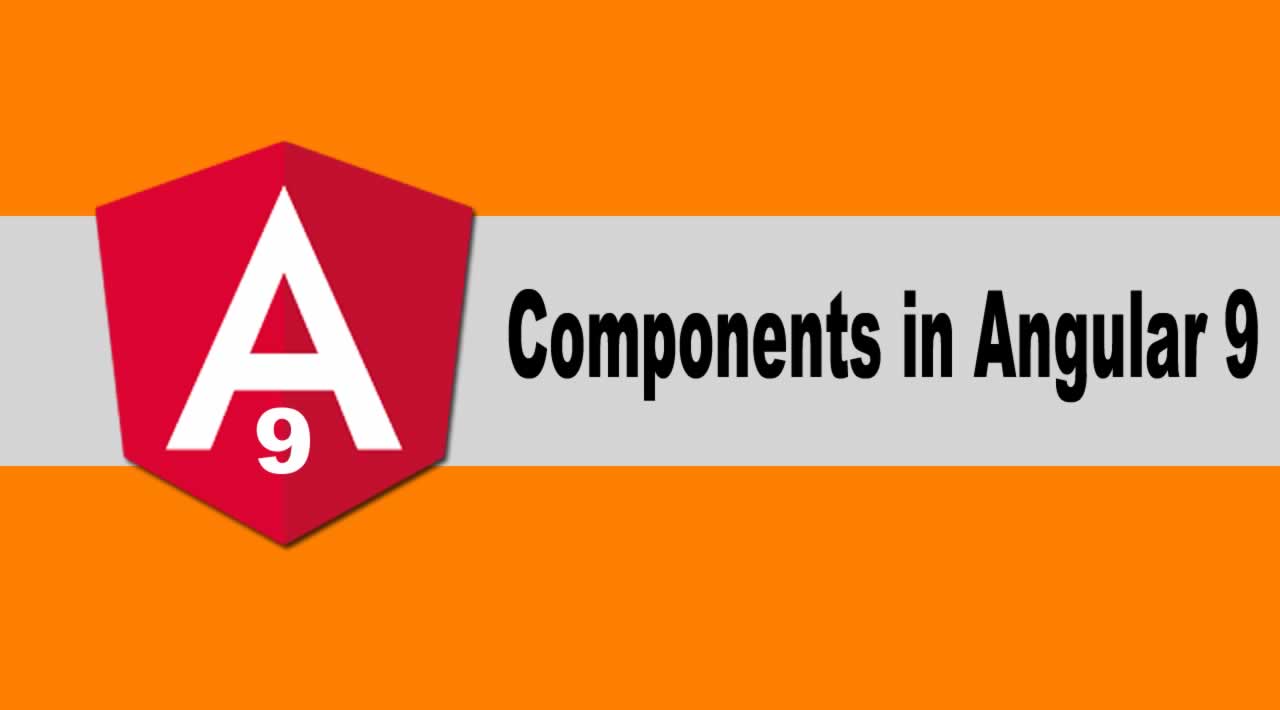 In this article we will learn how to Create Components in Angular 9, use the generate component command of Angular CLI, or its shortcut shortcut command, for creating Angular components in your project.

We can think of Angular Components like LEGO pieces. We create a component once but can use them multiple times in different
An Angular app is a tree structure consisting of all those components that we create, like how we make a Lego Structure from little Lego pieces.

Components are the most basic UI building block of an Angular app. An Angular app contains a tree of Angular components.— Angular official docs

In this article we will learn how to Create Components in Angular 9, use the generate component command of Angular CLI, or its shortcut shortcut command, for creating Angular components in your project.

How to Use ng generate component or ng g c

Let's assume we want to create a Angular component named family
Open a new command-line interface, navigate into the root of your Angular project and run the following command:

Or you can also run the following command:

Angular CLI will generate 4 files for the component in the src/app folder of your project:

We can also customize where the component's files are placed.

Angular CLI adds the component to the declarations array of the module.

How to Customize the Output of ng generate component

By default the ng generate component or ng g c commands, generate a folder and four files for the component. But you can change the default behavior if you want in two ways:

Using flags with the command,
Using the angular.json configuration file.

Using Flags with the ng generate command
Let's generate an about component without a subfolder and without the specification file.

Head back to the terminal and run the following command:

Let's now see by example how to configure the CLI from the angular.json file to not generate .spec.ts file for a component.

Go back to your terminal and run the following command:

How to Set the Component's Folder

You can aso define the folder of the component by specefying the path as follows:

This will create the contact component inside the components folder which will also be created if it doesn't exist inside the src/app folder of the project.

You can also create Angular components manually by creating the necessary files and add the component's class to the declarations array of the module where it should be used.

When you create an Angular component with Angular CLI, it will follow these conventions:

That's what this article wants to share with you on how to create components in Angular using the ng generate component command or its ng shortcut shortcut command.