How to Choose the Tools for Your Next Mobile Game Development Project?

The mobile game is a multi-billion dollar business but in spite of this tremendous revenue potential mobile games are increasingly becoming easier to double up. Precisely this is the reason why we have seen too many indie game developers making the success stories these days. Thanks to A whole array of developer friendly quick to build tools mobile game development at least for the core part is no longer a job with a high learning curve. For making the perfect game for your target game playing audience you need to be selective about the tools. Here we are going to explain few effective tips and principles in regard to choosing the development tools for your next game.

Be wise in choosing the type of game

First of all, you need to have a clear idea about the kind of game you want to develop. Over the years games continued to spread across different genres and types. From the traditional action games to the latest strategy games to a wide variety of simple games like puzzle, wild play, board game, dice game, casino game, card game, racing game, et cetera. Such a broad spectrum of mobile games further spread across other genres like celebrity games, simulation games and high-tech games built on the latest technology like augmented reality and virtual reality.

Choosing the genre and the type of the game can be a challenging task because you also need to figure out the challenges involved, the investment needed and infrastructure required for the project. For a new mobile game development company, it is advisable to target the simple ones rather than investment savvy hi-tech games requiring too much expertise and experience

Once you have selected down the genre of your game, it is time to come with a unique idea that can as well be actionable by the developers within your budget. A game idea involves three specific attributes respectively as game logic, game playing challenges and rewards for the players. The best way to come with an excellent game plan is to play a lot of games from the similar niche. From different game ideas and how they implement the concept to the game playing experience, you can come across some unique elements for your still to materialize game idea. A winning game idea does not come overnight just in a dream. The creative focus coupled with a lot of exposure to various types of games and the game playing experiences ultimately lead to a breakthrough game idea.

Now when you have the game idea decided for your next game development project, it is time to look after the required tool set. The best way to do this is to analyze what kind of tools is utilized for similar kind of games developed by other mobile game development companies. This is the way to have a positive idea about the tools and their respective pros and cons for different game functions and gaming experiences.

Unity is truly a cutting edge game development engine that became popular with hundreds of successful mobile games for both 2-D and 3-D niches. Unity beside the high-quality graphic capability and most sophisticated functionalities can allow deploying across multiple mobile platforms. With unity, you can even build its state of the art games incorporating augmented reality and virtual reality. The free version of this globally popular game engine offers fairly enough for a new game developer to create immersive game playing experience.

Drag and drop ease of Gamesalad

More than 300,000 game developers across the mobile game niches have embraced Corona SDK for cross-platform development. It is one of the most popular game development tools till date for 2D games and a few other types of mobile apps. With more than 500 different useful APIs it can make the job of developers easier for every different aspect including creating the animation to networking functionality within the game.

Do not mess with game assets

The last and most obvious area of focus is obviously the game assets. Game assets referring to all the graphic elements that make up the game playing environment requires creativity more than anything else. From the characters in the game to the types of equipment they are going to handle and the background they will be moving in, requires detailed consideration. The look and feel of your game mostly depend on these assets. Over the web, you can find too many resources to select your required game assets. These assets ranging from the free ones to the premium allow you are building your game environment just the way you have always imagined it to be. Do you want to make your game assets to deliver a custom look and feel for your game? Well, you can always do that. For creating your game assets, you can use simple and widely available to the graphic tools such as Adobe Photoshop or Adobe Illustrator or else you can go for more high-tech and 3D design tools like Maya. There are plenty of others to choose from.

When it comes to choosing tools for mobile game development, you needed to be selective and focused on the usability and their effect on the overall game environment and game playing experience. Are you planning to outsource mobile game development services? Or would you like to hire a dedicated team of game developers? Then, contact us for a free quote.

Mobile game development companies should have a thorough knowledge of the platform on which they are planning to develop the game. Factors like having a large developer community, easy to code, working on both the OS platforms (Android and iOS) must be some of the key features that should be looked at. Moreover, the platform should be such that it should support native as well as cross-platform mobile gaming apps.

Keeping all these in mind, we have prepared a full-throttle list of mobile game development platforms that are in trend and can help you in developing the best gaming product for the targeted audience.

Take a look at the Game Developers’ most preferred Platform & Engines.

Mobile App Development Tools & Frameworks You Should Try This Year 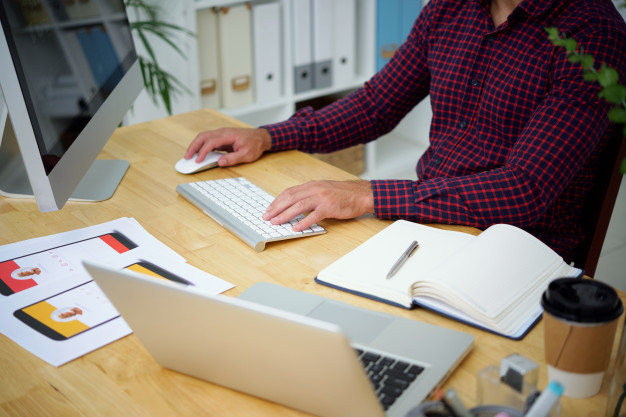 As Gartner predicted a few years ago, the vast majority of companies across the niches today adopted mobile apps for their businesses, and apps are continuing to play a vital role in their mobile app strategy and success. But building a mobile app is no longer an easy business as the market has become tremendously competitive.

To beat the competition with a sharp and sophisticated mobile app, app development companies are increasingly banking on a rich set of tools and frameworks. Here we will showcase some of the most acclaimed frameworks and tools that mobile app developers can try in 2021.

Xcode
While Swift is the popular programming language used by iOS developers worldwide, when the language is used in combination with Xcode, the development experience becomes even more delightful. When you decide to iPhone app developers in India for your iPhone app project, you can find dedicated Xcode processes.

Here we provide some of the key features and benefits of Xcode.

Swiftic
Swiftic is the leading iPhone app development program that comes with a very easy-to-navigate user interface. Coming with loads of features, it makes things exceptionally easier for app developers.

Some of the features offered by the Swiftific tool include the following.

AppCode
AppCode is basically an Integrated Development Environment (IDE) for building apps on iOS and Mac platforms. It offers several paradigms shifting approaches for iOS app development.
Some of the key features and benefits offered by AppCode for iOS development include the following,

Android Studio is an integrated development environment (IDE) and development software to build Android mobile apps. Developed by Google, it is widely used by Android developers for its editing capabilities.
Some of the key features of Android Studio include the following.

Native Android is another widely used Android app development platform used in many Android app projects. From Google, Instacart, Slack to many other leading apps relied on this platform.

Some of the key features of Native Android include the following.

Some of the key features and benefits of Flutter include the following.

React Native
Created by Facebook, React Native stands as the most popular cross-platform development framework widely used across app projects of all niches and sizes. Still, now, it is the most loved framework with huge global popularity.

Some of the key features of React Native include the following.

Ionic
Ionic is a leading cross-platform development framework that uses tried and tested web technologies to build robust apps. Created in 2013, the framework continued to remain a popular framework used across many app projects.

There must be several other great tools and frameworks that we could not discuss within this short length of the present post. We tried to showcase only the leading and most representative technologies used across app projects of all types and niches. Your choice of an ideal framework or tool should depend on your project requirements.

Choose the best Mobile app development company for your business

Mobile app development is a crucial thing for any business as a mobile app represents your business in a better way. If you have your own mobile app for your business then your customers will have trust in you and they can even review your previous work and feedback.

Do you want to develop a mobile app for your own business? Then you need to hire the best mobile app development company that will develop your mobile app according to your requirement.