NLP is an interdisciplinary field concerned with the interactions between computers and human natural languages (e.g: English) — speech or text. NLP-powered softwares help us in our daily lives in various ways, for example:

NLP is divided into two fields: Linguistics and Computer Science.

The Linguistics side is concerned with language, it’s formation, syntax, meaning, different kind of phrases (noun or verb) and whatnot.

The Computer Science side is concerned with applying linguistic knowledge, by transforming it into computer programs with the help of sub-fields such as **Artificial Intelligence **(Machine Learning & Deep Learning).

How Does Computer Understand Text?

Let’s take a look at some NLP tasks and categorize them based on the research progress for each task.

If you are into books

Now we have covered what is NLP, the science behind it and how to study it, let’s get to the practical part, here’s a list of the top widely used open source libraries to use in your next project.

So that was an end-to-end introduction to Natural Language Processing, hope that helps, and if you have any suggestions, please leave them in the responses. Cheers! 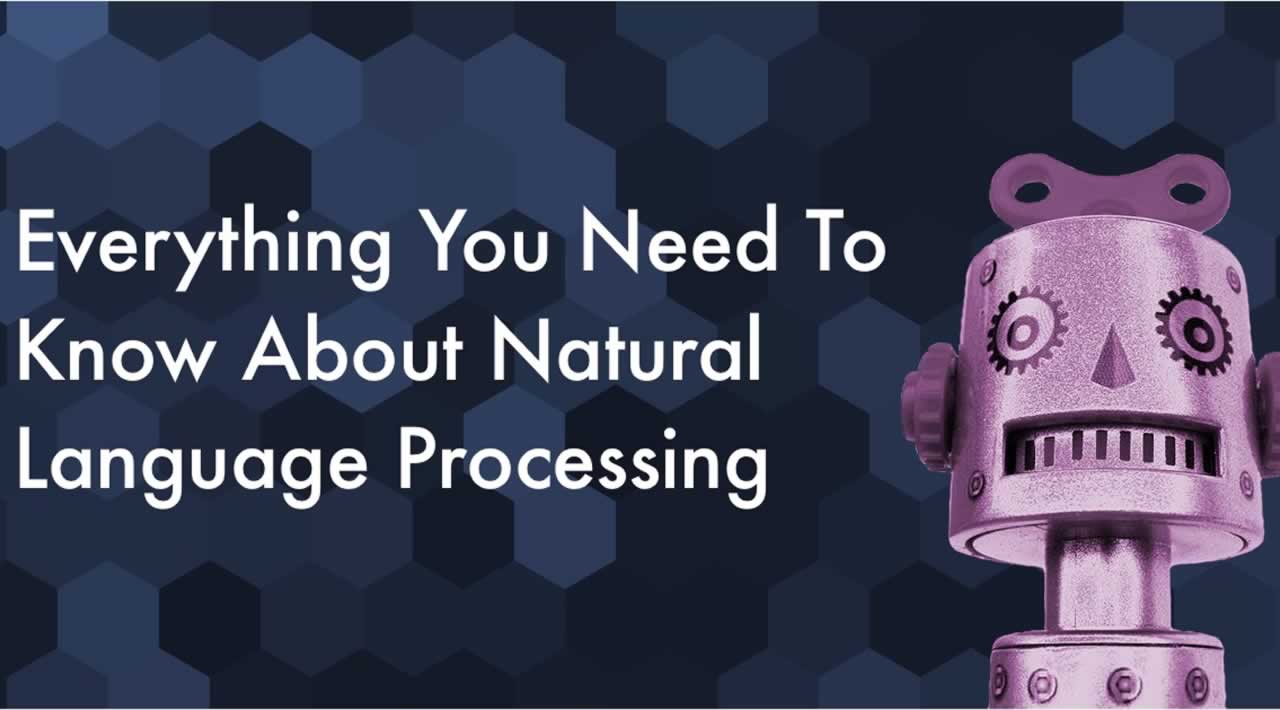 Teaching machines to understand human context can be a daunting task. With the current evolving landscape, Natural Language Processing (NLP) has turned out to be an extraordinary breakthrough with its advancements in semantic and linguistic knowledge. NLP is vastly leveraged by businesses to build customised chatbots and voice assistants using its optical character and speed recognition techniques along with text simplification.

To address the current requirements of NLP, there are many open-source NLP tools, which are free and flexible enough for developers to customise it according to their needs. Not only these tools will help businesses analyse the required information from the unstructured text but also help in dealing with text analysis problems like classification, word ambiguity, sentiment analysis etc.

Here are eight NLP toolkits, in no particular order, that can help any enthusiast start their journey with Natural language Processing.

About: Natural Language Toolkit aka NLTK is an open-source platform primarily used for Python programming which analyses human language. The platform has been trained on more than 50 corpora and lexical resources, including multilingual WordNet. Along with that, NLTK also includes many text processing libraries which can be used for text classification tokenisation, parsing, and semantic reasoning, to name a few. The platform is vastly used by students, linguists, educators as well as researchers to analyse text and make meaning out of it.

We’re officially a part of a digitally dominated world where our lives revolve around technology and its innovations. Each second the world produces an incomprehensible amount of data, a majority of which is unstructured. And ever since Big Data and Data Science have started gaining traction both in the IT and business domains, it has become crucial to making sense of this vast trove of raw, unstructured data to foster data-driven decisions and innovations. But how exactly are we able to give coherence to the unstructured data?

The answer is simple – through Natural Language Processing (NLP).

In simple terms, NLP refers to the ability of computers to understand human speech or text as it is spoken or written. In a more comprehensive way, natural language processing can be defined as a branch of Artificial Intelligence that enables computers to grasp, understand, interpret, and also manipulate the ways in which computers interact with humans and human languages. It draws inspiration both from computational linguistics and computer science to bridge the gap that exists between human language and a computer’s understanding.

Deep Learning: Dive into the World of Machine Learning!

The concept of natural language processing isn’t new – nearly seventy years ago, computer programmers made use of ‘punch cards’ to communicate with the computers. Now, however, we have smart personal assistants like Siri and Alexa with whom we can easily communicate in human terms. For instance, if you ask Siri, “Hey, Siri, play me the song Careless Whisper”, Siri will be quick to respond to you with an “Okay” or “Sure” and play the song for you! How cool is that?

Nope, it is not magic! It is solely possible because of NLP powered by AI, ML, and Deep Learning technologies. Let’s break it down for you – as you speak into your device, it becomes activated. Once activated, it executes a specific action to process your speech and understand it. Then, very cleverly, it responds to you with a well-articulated reply in a human-like voice. And the most impressive thing is that all of this is done in less than five seconds!

Working with natural language data can often be challenging due to its lack of structure. Most data scientists, analysts and product managers are familiar with structured tables, consisting of rows and columns, but less familiar with unstructured documents, consisting of sentences and words. For this reason, knowing how to approach a natural language dataset can be quite challenging. In this post I want to demonstrate how you can use the awesome Python packages, spaCy and Pandas, to structure natural language and extract interesting insights quickly.

spaCy is a very popular Python package for advanced NLP — I have a beginner friendly introduction to NLP with SpaCy here. spaCy is the perfect toolkit for applied data scientists when working on NLP projects. The api is very intuitive, the package is blazing fast and it is very well documented. It’s probably fair to say that it is the best general purpose package for NLP available. Before diving into structuring NLP data, it is useful to get familiar with the basics of the spaCy library and api.

After installing the package, you can load a model (in this case I am loading the simple Engilsh model, which is optimized for efficiency rather than accuracy) — i.e. the underlying neural network has fewer parameters.

We instantiate this model as nlp by convention. Throughout this post I’ll work with this dataset of famous motivational quotes. Let’s apply the nlp model to a single quote from the data and store it in a variable.