The filter() function takes a function and a sequence as arguments and returns an iterable, only yielding the items in sequence for which function returns True. If None is passed instead of a function, all the items of the sequence which evaluates to False are removed. The syntax of the filter()

In this tutorial, you’ll learn how to use the filter() function with different types of sequences. Also, you can refer to the examples that we’ve added to bring clarity.

The filter() function accepts only two parameters. The first argument is the name of a user-defined function, and second is iterable like a list, string, set, tuple, etc.

It calls the given function for every element of iterable, just like in a loop. It has the following syntax

The first parameter is a function which has a condition to filter the input. It returns True on success or False otherwise. However, if you provide a None, then it removes all items except those evaluate to True.

Next parameter is iterable, i.e., a sequence of elements to test against a condition. Each function call carries one item from the seq for testing.

The return value is a filter object a sequence having elements that passed the function check.

Here are some examples to explain how to use filter() function.

In this example, we have an iterable list of numeric values out of which some are even, and few are odd.

Now, here is a function that filters out the odd number from the given list. We’ll be passing it as the first argument to the filter() call.

A couple of points to notice in the example are:

After running the example, you should see the following outcome:

It printed only the even numbers filtering out the odd ones.

We can use filter() function to get the difference between two sequences. For this, we’ve to filter out duplicate items.

So, let’s assume the following two list of strings.

You can check that given lists have common entries for some of the programming languages. So, we need to write a function that checks for duplicates names.

Let’s now get all the bits and pieces together.

After executing the example, it produces the following result:

As desired, our code printed the difference between the two given lists. However, it was merely an illustration for learning how Python filter() function works.

Python lambda expression also works as an inline function. Hence, we can specify it instead of a function argument in the filter() call.

In this way, we can get away from writing a dedicated function for the filtering purpose.

Let’s consider some examples to see how to use lambda with filter().

Filter Stop Words From A String

In this example, we are going to remove stop words from a given string. We’ve mentioned them in the below list.

Below is the string that contains the stop words.

Since we had to remove a whole word, so we split the string into words. After that, we filtered the stop words and joined the rest.

You should get the following outcome after execution:

The Intersection Of Two Arrays

In this example, we’ll create a lambda expression and apply filter() function to find the common elements in two arrays.

Below is the input data for our test.

Let’s create the lambda expression that will filter the difference and return common elements.

You should get the following outcome after execution:

Filter Function Without A Function

Yes, you can call filter() without passing an actual function as the first argument. Instead, you can specify it as None.

When None is specified in the filter(), then it pops out all elements that evaluate to False. Let’s consider the following list for illustration:

Here is the full code to analyze the behavior of filter() with None as the function argument.

The following is the result after execution:

We hope that after wrapping up this tutorial, you should feel comfortable in using the Python filter() function. However, you may practice more with examples to gain confidence. 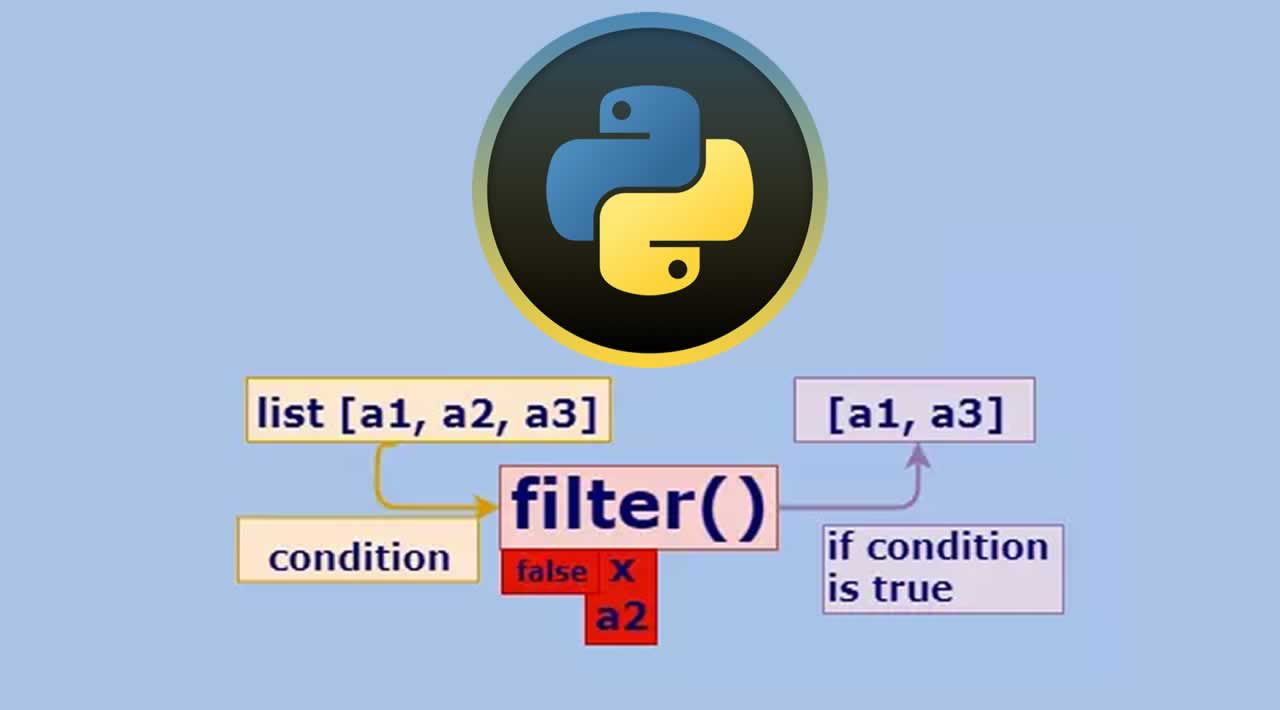 Whenever we work with data of any sort, we need a clear picture of the kind of data that we are dealing with. For most of the data out there, which may contain thousands or even millions of entries with a wide variety of information, it’s really impossible to make sense of that data without any tool to present the data in a short and readable format.

Most of the time we need to go through the data, manipulate it, and visualize it for getting insights. Well, there is a great library which goes by the name pandas which provides us with that capability. The most frequent Data manipulation operation is Data Filtering. It is very similar to the WHERE clause in SQL or you must have used a filter in MS Excel for selecting specific rows based on some conditions.

pandas is a powerful, flexible and open source data analysis/manipulation tool which is essentially a python package that provides speed, flexibility and expressive data structures crafted to work with “relational” or “labelled” data in an intuitive and easy manner. It is one of the most popular libraries to perform real-world data analysis in Python.

pandas is built on top of the NumPy library which aims to integrate well with the scientific computing environment and numerous other 3rd party libraries. It has two primary data structures namely Series (1D) and Dataframes(2D), which in most real-world use cases is the type of data that is being dealt with in many sectors of finance, scientific computing, engineering and statistics.

Let’s Start Filtering Data With the Help of Pandas Dataframe

Importing the Pandas library, reading our sample data file and assigning it to “df” DataFrame

Let’s check out our dataframe:

Now that we have our DataFrame, we will be applying various methods to filter it.

We have a column named “Total_Sales” in our DataFrame and we want to filter out all the sales value which is greater than 300.

Sales with Greater than 300

Here we are filtering all the values whose “Total_Sales” value is greater than 300 and also where the “Units” is greater than 20. We will have to use the python operator “&” which performs a bitwise AND operation in order to display the corresponding result.

Filter on Sales and Units

If we want to filter our data frame based on a certain date value, for example here we are trying to get all the results based on a particular date, in our case the results after the date ’03/10/21′.

Method – 4: Filtering DataFrame based on Date value with multiple conditions

Here we are getting all the results for our Date operation evaluating multiple dates.

Filter on a date with multiple conditions

Method – 5: Filtering DataFrame based on a specific string

Here we are selecting a column called ‘Region’ and getting all the rows that are from the region ‘East’, thus filtering based on a specific string value.

Filter based on a specific string

Method – 6: Filtering DataFrame based on a specific index value in a string

Here we are selecting a column called ‘Region’ and getting all the rows which has the letter ‘E’ as the first character i.e at index 0 in the specified column results.

Filter based on a specific letter

Method – 7: Filtering DataFrame based on a list of values

Here we are filtering rows in the column ‘Region’ which contains the values ‘West’ as well as ‘East’ and display the combined result. Two methods can be used to perform this filtering namely using a pipe | operator with the corresponding desired set of values with the below syntax OR we can use the .isin() function to filter for the values in a given column, which in our case is the ‘Region’, and provide the list of the desired set of values inside it as a list.

Here we want all the values in the column ‘Region’, which ends with ‘th’ in their string value and display them. In other words, we want our results to show the values of ‘North‘ and ‘South‘ and ignore ‘East’ and ‘West’. The method .str.contains() with the specified values along with the $ RegEx pattern can be used to get the desired results.

Filter based on REGEX

Here, we’ll check for null and not null values in all the columns with the help of isnull() function.

Filter based on NULL or NOT null values

Method – 10: Filtering DataFrame to check for null values in a specific column.

Method – 11: Filtering DataFrame to check for not null values in specific columns

Method – 14: Filtering our DataFrame using the loc and iloc functions.

Explanation: iloc considers rows based on the position of the given index, so that it takes only integers as values.

You might be thinking about why the loc function returns 6 rows instead of 5 rows. This is because loc does not produce output based on index position. It considers labels of index only which can be an alphabet as well and includes both starting and endpoint. 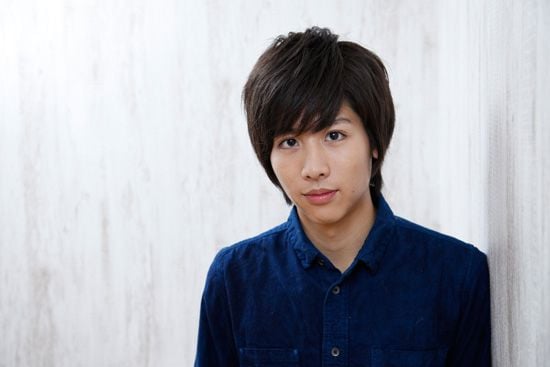 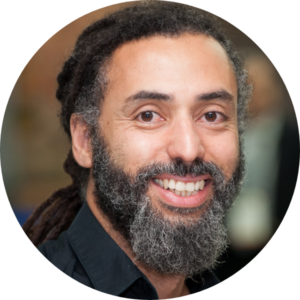