Python 3.9 doesn't bring any major new features to the table, but there are still some significant changes especially to how the language is developed and released. In Python 3.10, the old parser will be deleted and so will all functionality that depends on it (primarily the parser module, which has long been deprecated).

Python 3.9, which was released on October 5th 2020, doesn't bring any major new features to the table, but there are still some significant changes especially to how the language is developed and released.

This is the first Python release coming from the new release philosophy, where major releases happen every 12-months (in October) rather than every 18-months. With releases being more frequent, changes should be smaller -- which is exactly what we're seeing in Python 3.9.

All new versions have 1.5 years of full support along with 3.5 years of security fixes. 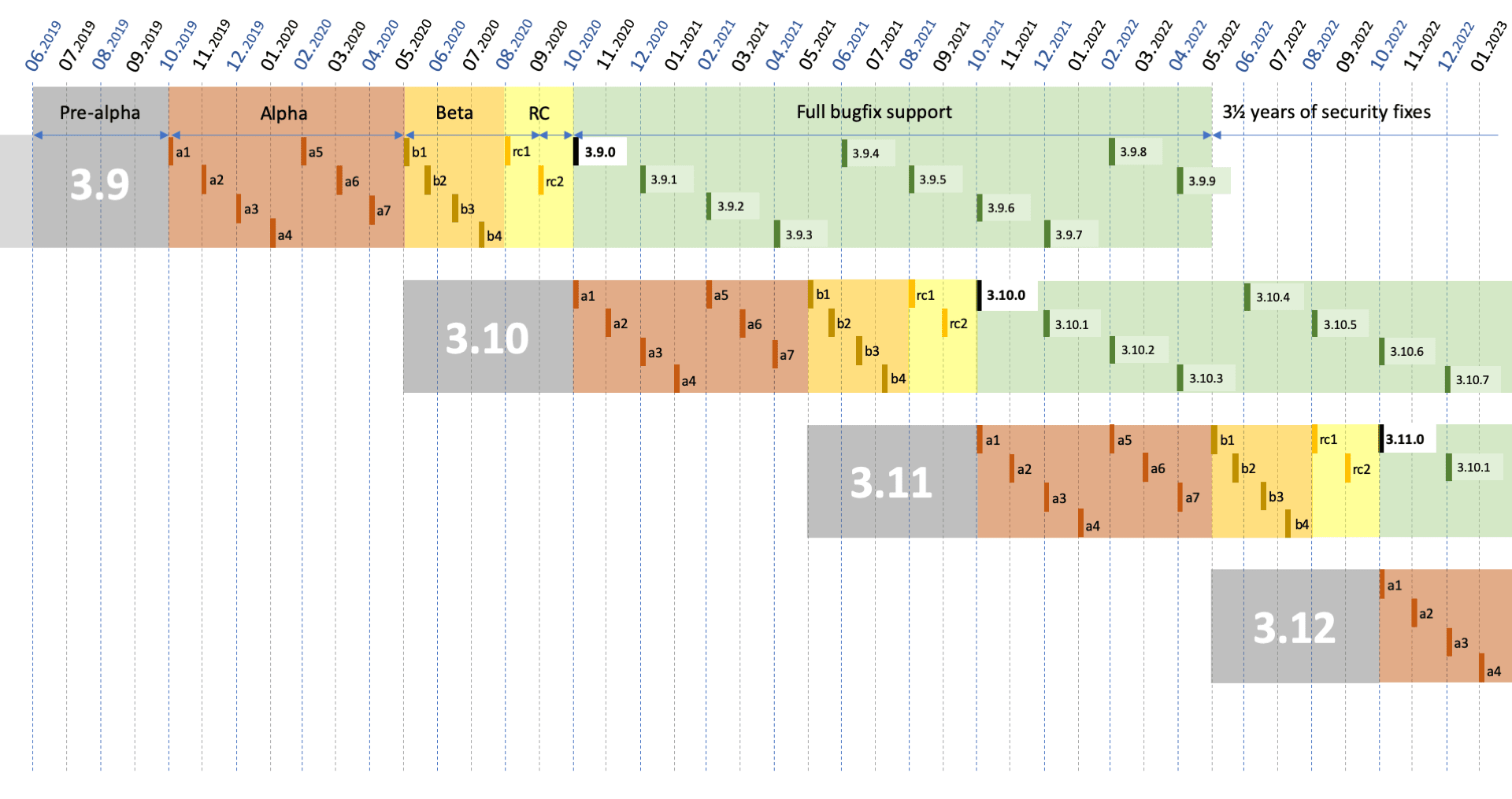 We now have a merge operator for performing dictionary unions: |. It works the same as a.update(b) or {**a, **b}, with one difference: It works for any instance of the dict subclass.

If you have Docker, you can quickly spin up a Python 3.9 shell to play around with the examples in this post via: docker run -it --rm python:3.9.

Now, we have a new dictionary called user_with_address, which is a union of user and address.

If there are duplicate keys in the dictionaries, then the output will display the second (rightmost) key-value pair:

| operator means union, not or. It doesn't do any bitwise work nor does it serve as logical operator. It's used to create a union of two dictionaries. Since it looks similar to an or condition in other languages, you may want to double check how it's being used during code reviews.

As for updating, you now have the operator |=. This works in place.

You can update the first dictionary with keys and values from the second like so:

It works for anything with keys and __getitem__ or iterables with key-value pairs:

Python Programs for Practice will help you understand how to write various basic programs in python and real-time uses of some of the Python libraries as well.