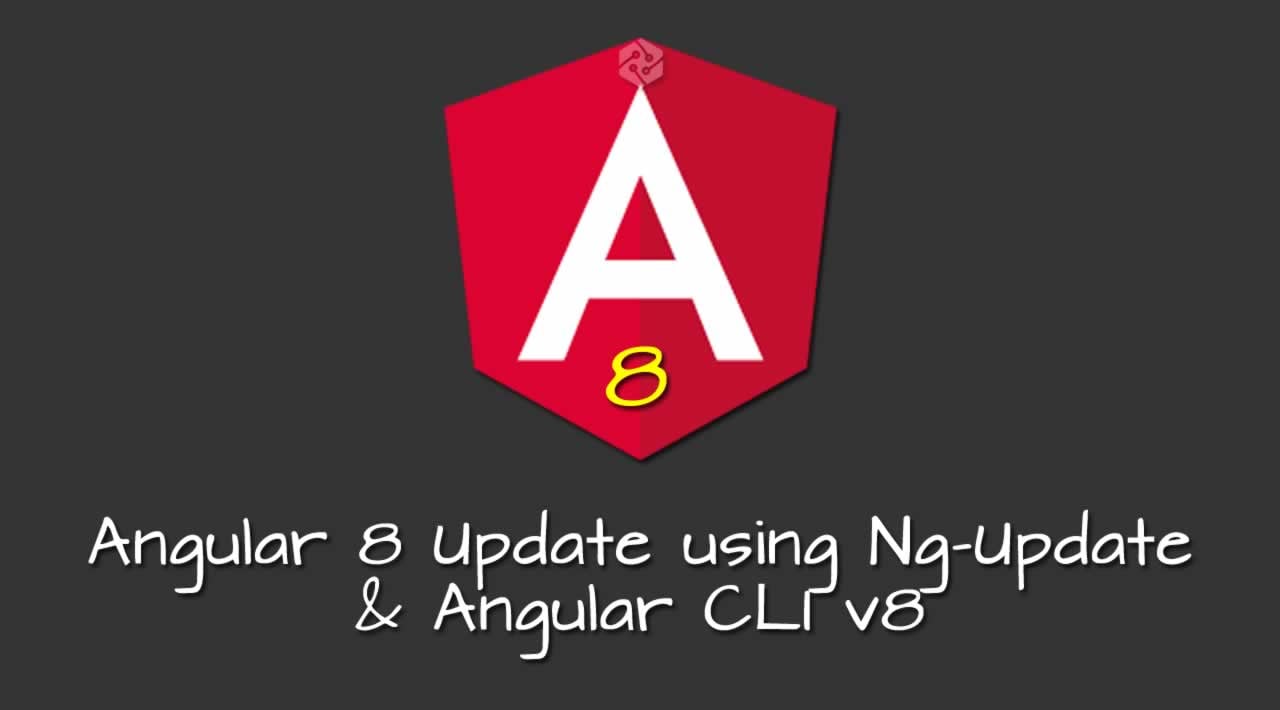 In this article, you’ll learn about the required steps that you need to follow to appropriately migrate your existing Angular apps to Angular 8

In this article, you’ll learn about the required steps that you need to follow to appropriately migrate your existing Angular apps to Angular 8

Upgrade or update Angular 7 to Angular 8 is now easier than ever before, thanks to all the work that has been done in version 8 and the ng update command which allows you to update specific versions and dependencies.

Angular 8 is released with many new features for the core framework and the other libraries like Angular Material. The new version depends on the latest version of TypeScript and Node. Let's see how we can update the CLI to Angular CLI 8 and upgrade an existing project from using version 7 to Angular 8.

What is ng update?

ng update is a command available from Angular CLI used to update your application and its dependencies. You can use it to update all packages in the package.json file via the --all option that could take true and false or specific versions via the --packages option. You can see all available commands from the official docs.

How to Update/Upgrade to Angular 8

For most use cases and thanks to the work done in Angular 8, you can upgrade to the latest release using one command:

If you have issues. You can also check update.angular.io for more details.

How to Update/Upgrade to Angular 7

You can find more details about the update process from the update.angular.io official website.

Thanks to all the improvements done in Angular 6, it's now easier than ever to update to the latest version.

In most cases, you can update to v7 by running one simple command:

If you still need more details on the process, follow the next sections:

if your project is basic, you can simply try the following steps:

Also if your applicaton makes use of the Angular Service worker, you need to migrate any versionedFiles to the files array.

Aside from what's stated above, you don't need to perform any changes in your project to migrate from v6.1 to v7.

Throughout this tutorial guide, you'll learn by example how you can update or migrate your Angular 5 project generated by Angular CLI to use Angular 6 (The latest version) and Angular CLI 6. We'll take you step by step to upgrade your existing Angular 5 projects (can be also applied to Angular 2 or Angular 4) to use the latest Angular features and dependencies.

In nutshell, these are the steps:

Before you can update/upgrade your Angular 5 project, make sure you have the following requirements:

Installing or Updating the Angular CLI to Version 6

Updating the Angular CLI is easy and it's a matter of installing the latest version from npm using the following command:

You may need to add sudo depending on your npm configuration.

Also it goes without saying that you need Node.js 8+ and NPM installed on your system to be able to install and run Angular CLI 6.

You can also uninstall the previous Angular CLI 5 version before you install the latest version using the following command:

First, start by installing the Angular CLI 6 locally using the following command (Make sure you are inside your project's root folder):

You can update different configuration files automatically by running the following command from the project's root folder:

Angular CLI has a new utility that allows you to automatcially analyze your project's package.json file and displays dependencies that need to be updated.

Using you terminal from the root folder of your Angular 5 project run the following command:

This is an example output from this command:

Now you need to update the core packages/dependencies to Angular 6. Simply run the following command:

You can update RxJS using the ng update command:

You can easily update them to use latest dependencies by following these instructions:

First check your versions of installed Angular CLI and other dependencies with:

In my case, I'm getting this output:

Since we have installed the latest Angular CLI globally. If you try to serve your project you'll be getting a warning of version mismatch:

Next open your project package.json file then change the Angular CLI version: You can check the npm info page for Angular CLI package from this link to find out the latest version.

Next, delete your project node_modules folder and run the following command:

You don't need to change the versions of the other dependencies, the Angular CLI will take care of fetching latest versions.

Now you can check again for installed versions with:

In my case I'm getting this output:

In this tutorial, we've seen step by step how to ng update the Angular CLI to version 6, how to upgrade an existing Angular 2 to Angular 4 and An Angular 4|5 to Angular 6.