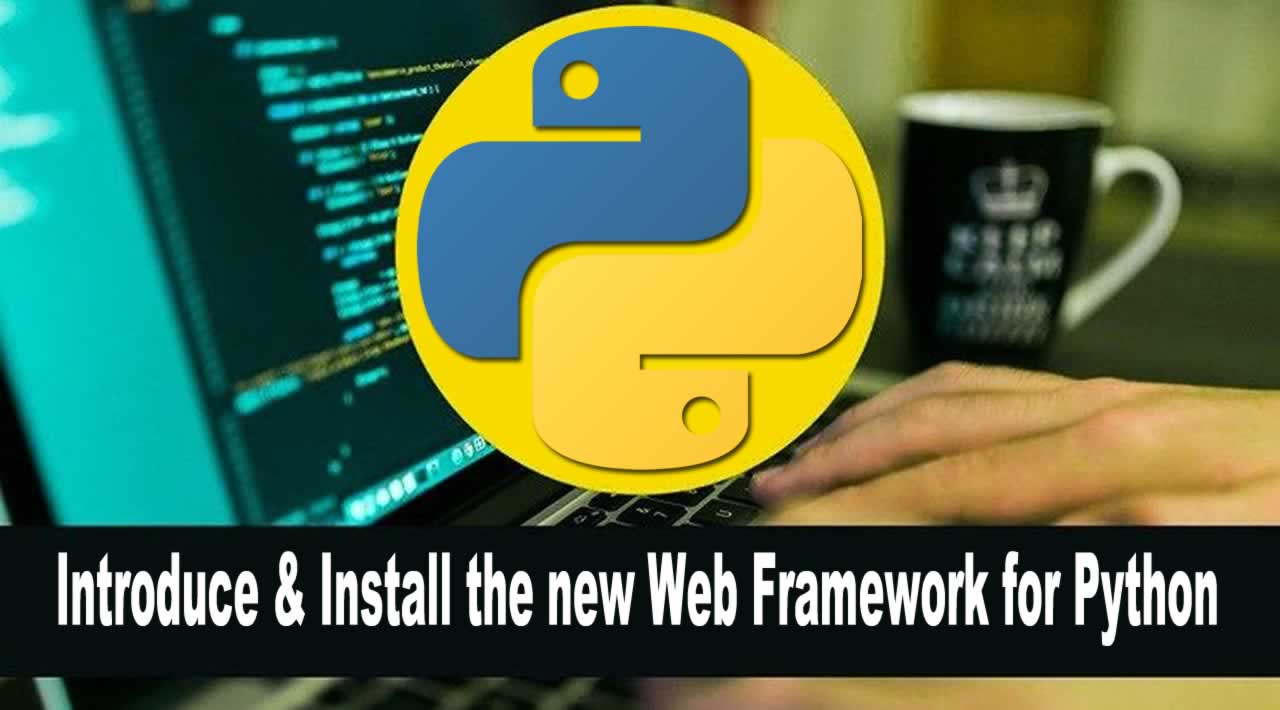 In this video, Introduce & Install Python's new Web Framework. The tutorial will also show you the installation process with examples. If you're a python developer, you'll be familiar with Django and Flask, the most popular web frameworks for the python programming language.

In this video, Introduce & Install Python's new Web Framework. The tutorial will also show you the installation process with examples. If you're a python developer, you'll be familiar with Django and Flask, the most popular web frameworks for the python programming language.

Starlette is a lightweight ASGI framework/toolkit, which is ideal for building high performance asyncio services.

It is production-ready, and gives you the following:

Then run the application using Uvicorn:

BlackSheep is an asynchronous web framework to build event based, non-blocking Python web applications. It is inspired by Flask, ASP.NET Core, and the work by Yury Selivanov.

Requirements
BlackSheep belongs to the category of ASGI web frameworks, so it requires an ASGI HTTP server to run, such as uvicorn, daphne, or hypercorn. For example, to use it with uvicorn:

To run an application like in the example above, use the methods provided by the ASGI HTTP Server: server is the name of our python file.

Sanic is a Python 3.6+ web server and web framework that’s written to go fast. It allows the usage of the async/await syntax added in Python 3.5, which makes your code non-blocking and speedy.

The goal of the project is to provide a simple way to get up and running a highly performant HTTP server that is easy to build, to expand, and ultimately to scale.

4: FastAPI
FastAPI is a modern, fast (high-performance), web framework for building APIs with Python 3.6+ based on standard Python type hints.

The key features are:

You will also need an ASGI server, for production such as Uvicorn or Hypercorn.

Run the server with:

Klein is a micro-framework for developing production-ready web services with Python. It is ‘micro’ in that it has an incredibly small API similar to Bottle and Flask. It is not ‘micro’ in that it depends on things outside the standard library. This is primarily because it is built on widely used and well tested components like Werkzeug and Twisted.

A Klein bottle is an example of a non-orientable surface, and a glass Klein bottle looks like a twisted bottle or twisted flask. This, of course, made it too good of a pun to pass up.

Klein’s documentation can be found at Read The Docs.

Quart is a Python ASGI web microframework. It is intended to provide the easiest way to use asyncio functionality in a web context, especially with existing Flask apps. This is possible as the Quart API is a superset of the Flask API.

Quart aims to be a complete web microframework, as it supports HTTP/1.1, HTTP/2 and websockets. Quart is very extendable and has a number of known extensions and works with many of the Flask extensions.

Installation
Quart can be installed via pipenv or pip,

if the above is in a file called app.py it can be run as,