Vue.js 3.0 Breaking Changes, and Upgrade from Vue 2 to Vue 3 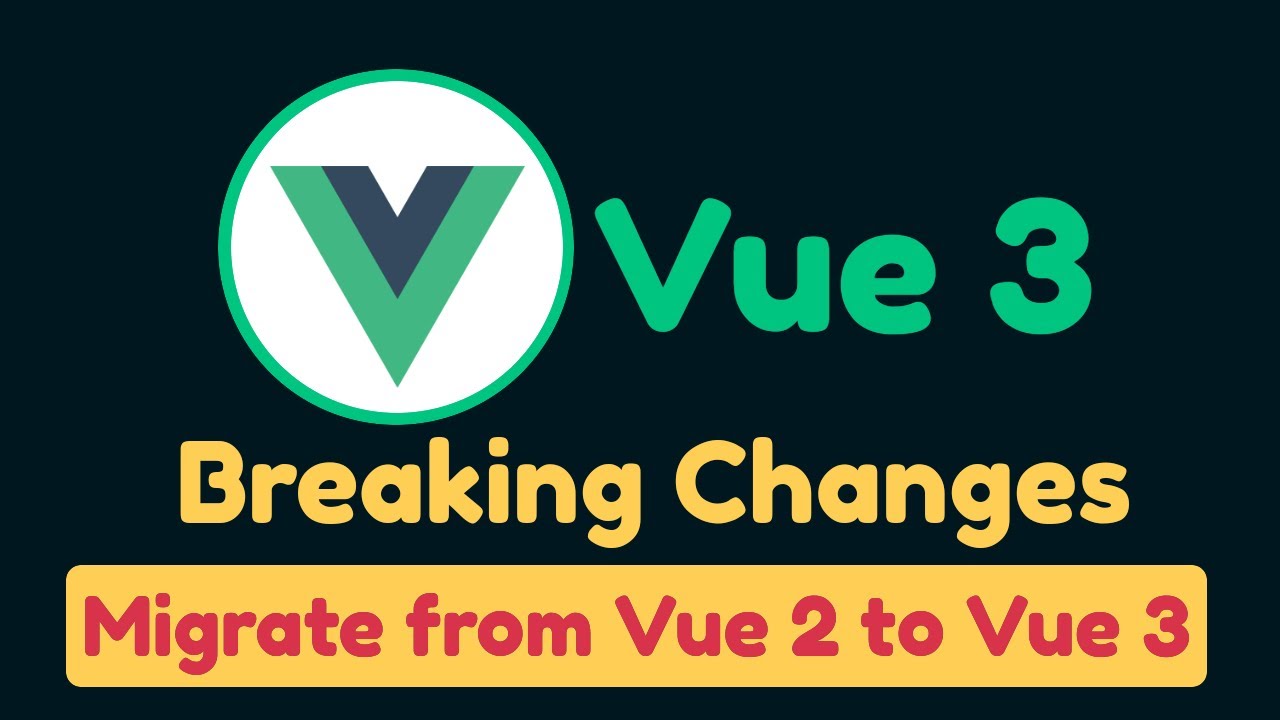 Vue.js 3.0 Breaking Changes, and Upgrade from Vue 2 to Vue 3. Learn a few important breaking changes in Vue 3, and also we will migrate the existing Vue 2 app to Vue 3.

The Vue 3 core has officially released as of 18 September 2020 🥳. There's a phased release process that will be completed before the end of 2020 when all other official libraries will be switched to the latest dist tag.

Thankfully, the Vue team introduced additions and enhancements over current APIs instead of significant changes, so people that already know Vue 2 should quickly feel comfortable with new syntaxes. However, there are a couple of changes you should know about.

In this video, you will learn a few important breaking changes in Vue 3, and also we will migrate the existing Vue 2 app to Vue 3.

Learn the Basics of the JavaScript Framework Vue.js

Vue.js for Beginners: A beginner's guide to learn the basics of the JavaScript Framework Vue.js. Vue has quickly become one of the most popular JavaScript frameworks. In this course, all of the examples that we walkthrough can be done by adding Vue to a single HTML file and writing a little bit of JavaScript.