Observer Pattern maintains a one-to-many dependency between a Subject and its dependents so that when the state of the Subject changes, dependents get notified.

Today, I will discuss simple and very useful behavioral design pattern called — Observer Design Pattern. This design pattern is useful when we want get notified about changes in the object state. 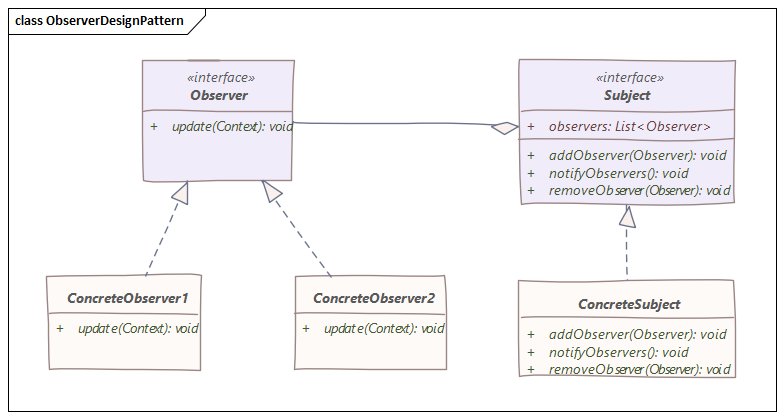 Now an example to understand the implementation of Observer Design Pattern.

This post looks at how to use the composite design pattern in Java, specifically the objects used in the pattern: component, composite, leaf, and client.

Today, I would like to discuss another behavioral design pattern called the Memento Design Pattern which is used to restore the state of an object to a previous state.