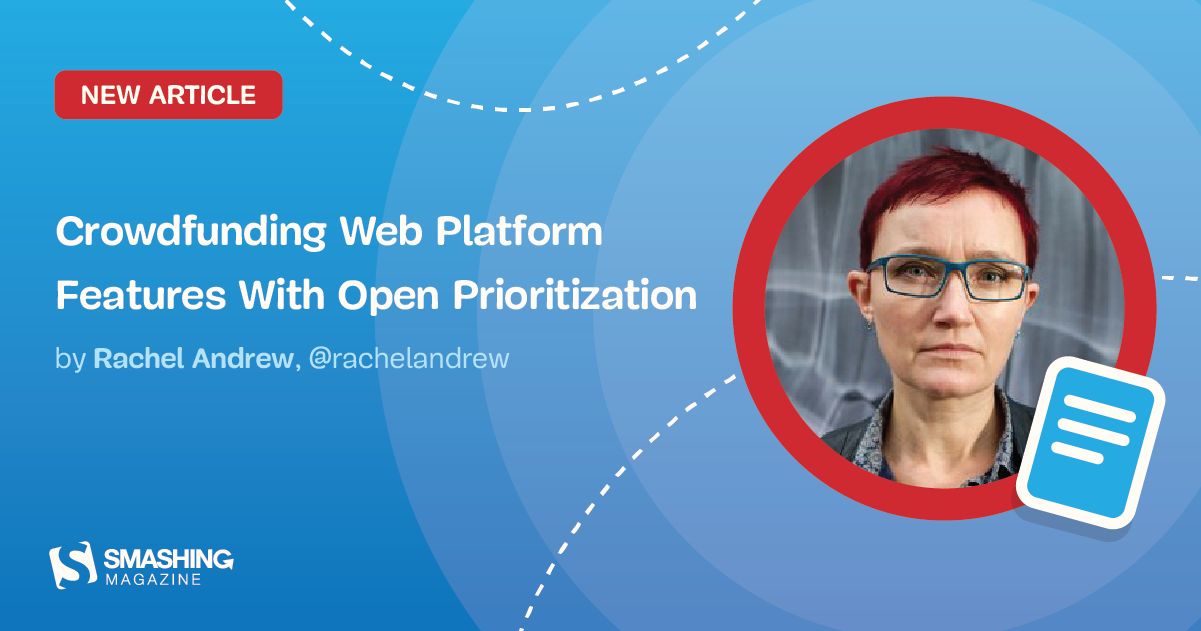 This is the model that open-source consultancy Igalia is launching with their Open Prioritization experiment. The basic idea is a crowdfunding model for web platform features. If we want a feature implemented, we can put in a small amount of money to help fund that work.

I described some interesting CSS features — some of which are only available in one browser. Most web developers have some feature they wish was more widely available, or that was available at all. I encourage developers to use, talk about, and raise implementation bugs with browsers to try to get features implemented, however, what if there was a more direct way to do so? What if web developers could get together and fund the development of these features?

This is the model that open-source consultancy Igalia is launching with their Open Prioritization experiment. The basic idea is a crowdfunding model for web platform features. If we want a feature implemented, we can put in a small amount of money to help fund that work. If the goal is reached, the feature can be implemented. This article is based on an interview with Brian Kardell, Developer Advocate at Igalia.

What Is Open Prioritization?

The idea of open prioritization is that the community gets to choose and help fund feature development. Igalia have selected a list of target features, all of which are implemented or currently being implemented in at least one engine. Therefore, funding a feature will help it become available cross-browser, and more usable for us as developers. The initial list is:

The website gives more explanation of each feature and all of the details of how the funding will work. Igalia are working with Open Collective to manage the pledges.

You may never have heard of Igalia, but you will have benefited from their work. Igalia works on browser engines, and have specialist knowledge of all of the engines. They had the second-highest number of commits to the Chrome and WebKit source in 2019. If you love CSS Grid Layout, then you have Igalia to thank for the implementation in Chrome and WebKit. The work to add the feature to those browsers was done by a team at Igalia, rather than engineers working internally at the browser company.

This is what makes this idea so compelling. It isn’t a case of raising some money and then trying to persuade someone to do the work. Igalia have a track record of doing the work. Developers need to be paid, so by crowdsourcing the money we are able to choose what is worked on next. Igalia also already have the relationships with the engines to make any suggested feature likely to be a success.